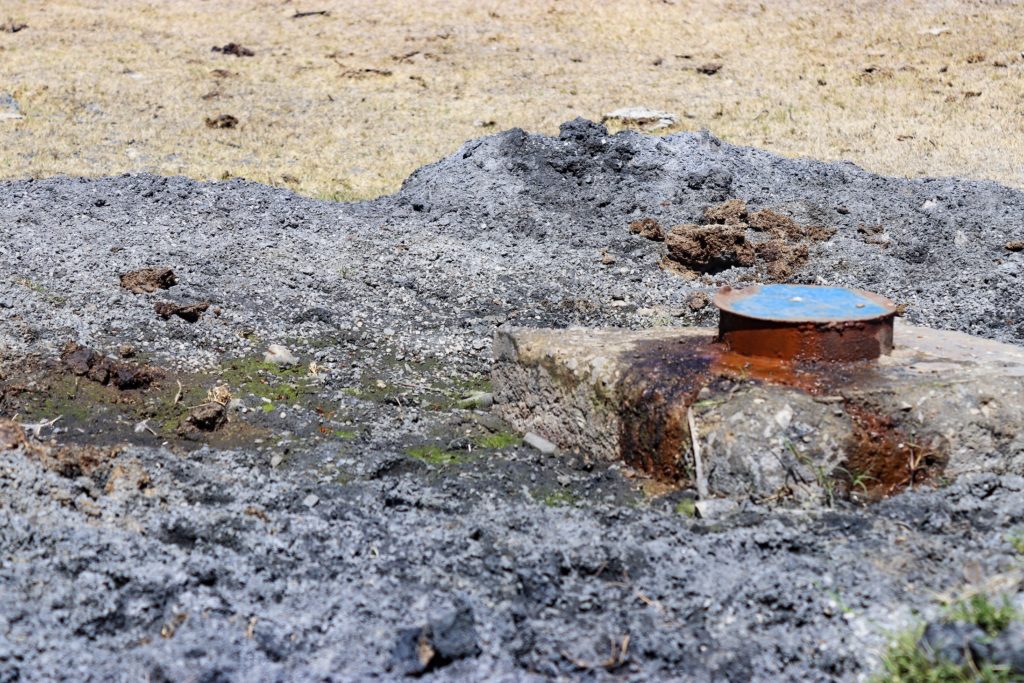 Resident and DA councillor Cary Clark says the interim solution of lowering the pumps in the existing boreholes is not helping much.

“We are regularly without water and the pressure is not enough to get the water to everyone. There are some people who live higher up or further out of the village who are getting almost no water,” she said.

The last remaining water in the existing boreholes is being throttled: the valves are opened for an hour at 5am, 12 noon and 6pm.

Municipal officials have yet to meet with the community about the crisis.

“All attempts at exploring alternative solutions like overland pipes, water trucks to fill the holding tank, assistance form the military and help from the Department of Agriculture for livestock have seemingly fallen on deaf ears,” Clark said.

The crisis is not being treated with the urgency required from the Municipality, she said.

Clark said the Department of Agriculture required a long-term lease agreement for commonage stock owners before they could assist. She said that to her knowledge this agreement was not yet in place.

The town is currently reliant on four exhausted boreholes.

An R810 00 drought disaster relief grant was made available to the Makana Municipality in 2018. Boreholes were sunk in Riebeeck East and Seven Fountains.

A Gauteng-based contractor visited the town last year to identify where there was a better water supply and then sunk four new boreholes on the outskirts of the town, Clark said. But, those boreholes have to be connected to the water treatment works before they can be useful to the town.

A tender for the refurbishment of Riebeeck East’s bulk water supply (phase 1) was issued by the Makana Municipality on 23 November. The deadline for tender submission was Thursday 13 December.

“It was a matter of timing. They didn’t realise that the existing boreholes would run out of water this quickly. The finance is there to connect the boreholes to the water treatment plant, but that is in the final stages of the tender process.

“I am not sure how long it will still be before the new boreholes are connected to the plant and people are really struggling and livestock looking terrible.”

Clark has made an urgent appeal to the Makana Municipal Manager, Moppo Mene, to consider the following interim measures to ease the suffering:

It is unclear whether a contractor has been appointed yet and no completion date for connection of new boreholes has been set.

Clark said she had escalated the matter to Co-operative Governance and Traditional Affairs (COGTA) for their intervention “as we cannot allow this matter to get any worse”.

Makana Municipality was unavailable for comment at the time of going to press.