Tough start to the season for SAC cricket 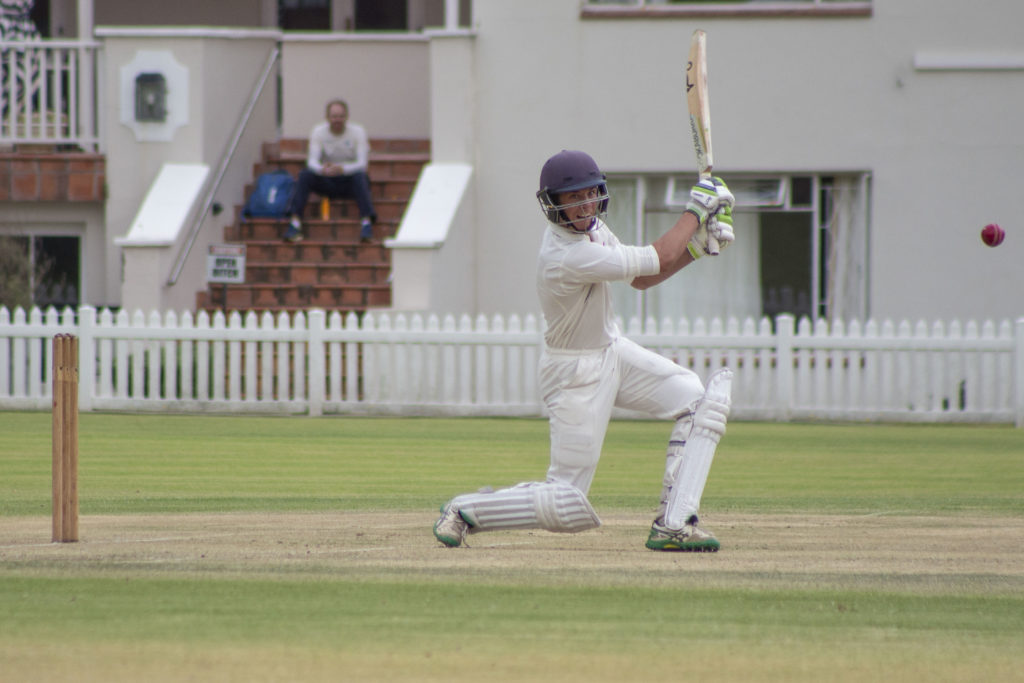 The longer match day format, starting at 9am and finishing after 6pm with no enforced declarations, again provided a real “Test” cricket environment for the cricketers to experience. The second new ball option after 50 overs also played its part in declarations and injected energy into the final overs of each innings.

In their first match of the festival, SAC took on Menlopark, who were 48/2 after 19 overs on the morning of day one. They then stepped on the pedal in the next session and were in a commanding position on 130/2 at morning tea. College struggled to claw their way back as Menlopark’s Z. Stoop compiled a superb 114 in their innings of 248 all out. St Andrew’s debutant, Tom Vermaak bowled superbly in his spell of 3/39.

SAC started their run chase positively and were well placed on 80/2 after 14 overs, with James Mullins scoring freely on 44* off 42 balls. However, Menlopark were not going to allow St Andrew’s back into the game. James Mullins was involved in an unnecessary run out before Menlopark’s left arm spinner, S. Strydom, destroyed St Andrew’s run chase with a magnificent spell of 6/38 including a hat-trick. Menlopark closed out the game in the final hour as well deserved winners with SAC limping to 142 all out.

The team from Makhanda (Grahamstown) elected to bat first versus St Andrew’s School (Bloemfontein) (SAS) and were bowled out for 244 leaving 58 overs for the afternoon session of day two. James Mullins’ 62 and Guy Rushmere’s 69 provided quality runs for the locals. Leg spinner R. Cronje worked hard throughout the St Andrew’s School innings and finished with sound figures of 4/83.

SAC then picked up wickets at regular intervals but it was again Cronje again who performed with a disciplined 90 runs off 142 balls. Ryan Ford (4/18) and Miles Danckwerts (3/59) bowled beautifully with the new ball, but SAC were not quite creative and disciplined enough in the afternoon as St Andrew’s School closed out a draw on 180/9.

On day three, St Andrew’s set up an exciting run chase versus St Alban’s College, after declaring on 235/7. Nicholas Barlow (60*) and Miles Danckwerts (48) batted superbly in setting up the declaration.

SAC attacked for most of the innings, but J. Barwick’s 102* off 152 balls held the St Alban’s innings together as St Andrew’s struggled to open up both ends. The second new ball and Barwick’s search for his hundred provided much excitement and drama on Lower field, as St Alban’s lost a flurry of wickets. Barwick in the end finished the day off in fine style with 2 runs off the penultimate delivery of the day. He knocked one through an open mid-wicket region and raised his bat for a well-deserved ton. Ryan Ford (2/35) and Miles Danckwerts (3/22) were again among the wicket-takers, but it was not enough to force a victory. St Alban’s closed out the day on 190/8.

St Andrew’s then played Stanley Cricket Club in a 50 over match to round off their term’s “pre-season” preparations. They batted in a mature fashion, compiling 249/6 in their 50 overs. Callum Francis made a quality 101 and was well supported by Matthew Schaefer with his 52 runs. Stanley Cricket Club batted fluently in the true batting conditions and College throughout the afternoon struggled to stem the flow of runs. Brent Emslie’s 53 and Chris van de Meulen’s 41 was enough for Stanley to secure a comfortable 4 wicket victory.