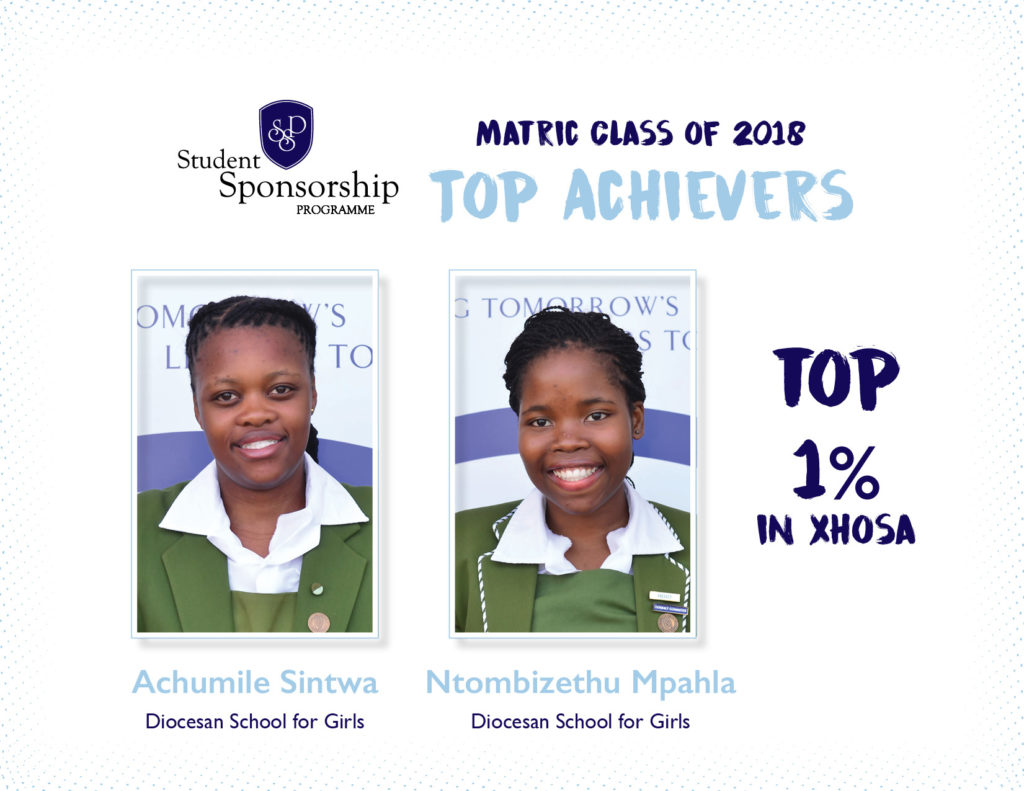 Makhanda’s (Grahamstown’s) Ntombizethu ‘Zethu Mpahla and Achumile Sintwa (18) were among the top 1% nationwide for top marks in isiXhosa in the recent IEB examinations. Achumile and Zethu both schooled at Diocesan School (DSG) and are among the select few gifted scholars, whose high school education was covered by the non-profit organisation, Student Sponsorship Programme.

Chosen out of more than a thousand children nationwide for their top marks in English, Maths and Science, the duo also qualified for the high school scholarship because of their emotional intelligence and empathy.

“I love Xhosa because of its idioms, these are full of lessons and very interesting. I also love it because it is my mother tongue,” said Achumile, who plans to study a BCom and major in accounting.

Zethu is “studying towards becoming a chemical engineer, specifically biofuels”. SSP’s sponsorship of her education meant, “I was exposed to a different world than the one I was used to. I value that SSP hasn’t given up on South Africa’s youth – some of us were given the chance to have a better future and the only way to get out, was to work ten times harder than every other child.”

Her advice for fellow youngsters, “The sooner you realise you have no limits, you will fly – don’t every underestimate what you are capable of doing.” – Copy supplied by Student Sponsorship Programme