Home side thrills to clinch place in final 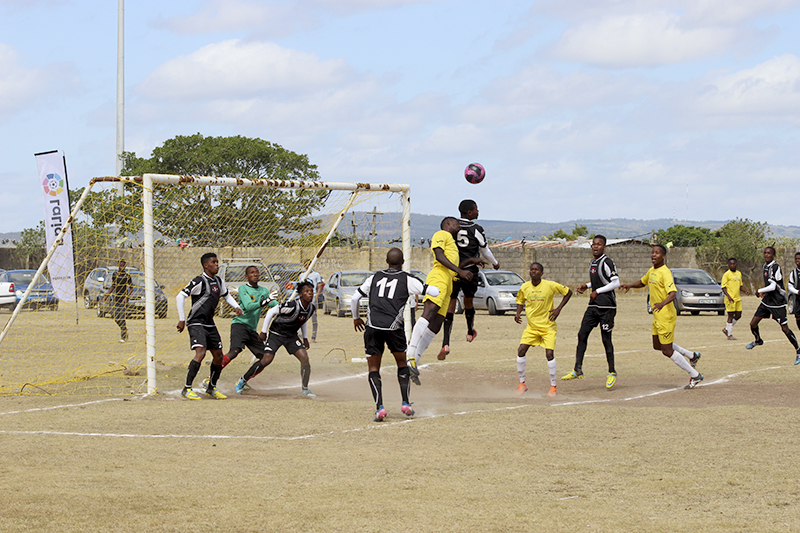 The semi finals of the NYC 2018 took place at at a packed JD Dlepu stadium on Friday 28 December.

In the first game Makhanda’s Grahamstown United took on Zwide Pirates from PE who were yet to concede a goal in this year’s tournament.

The home side missed two glorious chances and were nearly made to pay as Zwide Pirates came back strongly into the game and missed a good chance as United’s keeper fumbled the ball back into an oncoming striker who failed to hit the target.

Both teams went to the halftime brake-locked at 0-0 after an energetic and electrifying first stanza.

In the second half, the home side started where they left off, putting pressure on Pirates and forcing them to defend.

Pirates launched attacks of their own with some good movements, but were still unable to find the back of the net. It took a moment of brilliance for the tie to be decided as the home side took the lead after a great defence-splitting pass found Lizo Norhutshu unmarked just outside the box and he volleyed it home, leaving the Pirates keeper for dead to the delight of the home fans.

Pirates tried to fight back but United’s defence stood firm and held on until the final whistle.

Grahamstown United’s coach Nkosinathi “Reason” Fountain could not hide his excitement and said “I am happy with these results and I am not surprised because we have prepared very well for this game and the entire tournament. We played a tough team today but I reminded my boys that they are carrying the hopes of Makhanda people on their shoulders and that they should make them proud.

“I thank them for their support and call upon them to come in numbers again for the final”.

In the second game Addo academy defeated Manyora by two goals to nil. Things got even worse for Manyora as three of their players were sent off, leaving them with no choice but to finish the game with eight players. Seeing that they had a mountain to climb, Manyora decided to turn on the heat and got the whole of Dlepu up on their feet as they started show boating.

The whole stadium erupted as Manyora dished out some beautiful football skills.

Despite losing the game, the Gauteng based side received a standing ovation from the crowd. Manyora will now face Zwide Pirates in the third and fourth place play-offs while Grahamstown United will take on Addo academy in the final on new year’s eve.