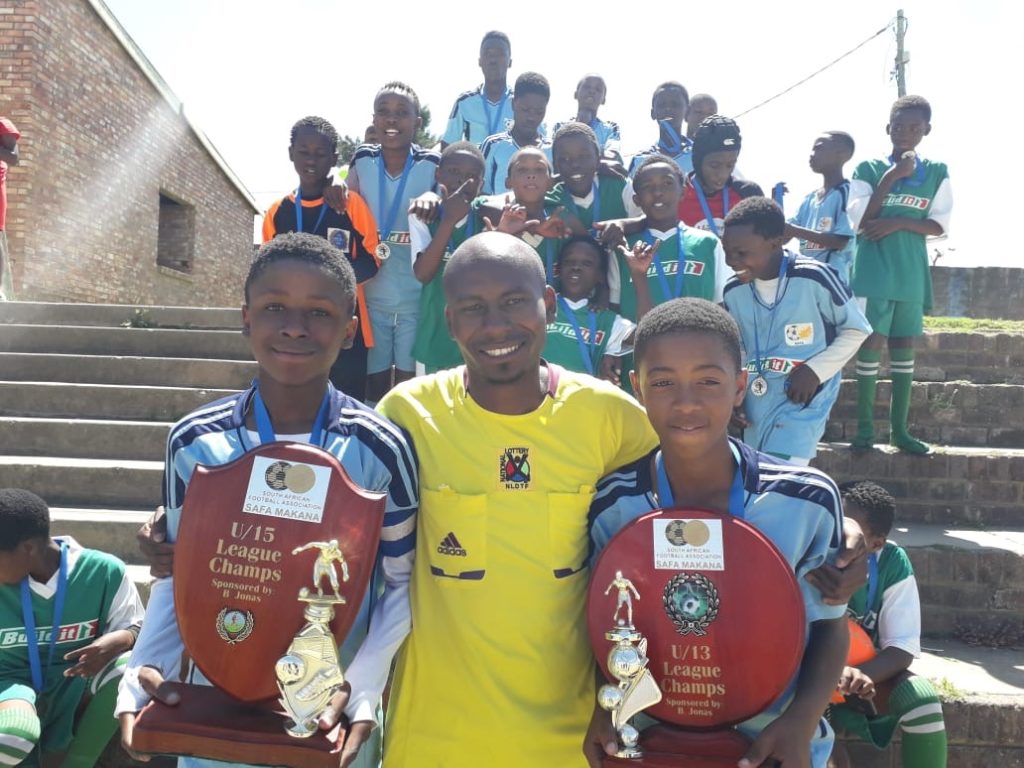 The Sophia Stars enjoyed a successful season for both of their junior sides, as the U13 and U15 sides took home their respective Makana LFA titles. Photo: Supplied

Saturday 1 December will likely be one Saturday that the Sophia Stars team will remember and cherish for years to come, as they were crowned both the U13 and U15 Makana LFA League champions.

Sophia Stars have become one of the most feared teams in local junior football. The under 13’s had a very good season, losing just one game to Sakhulutsha in the entire season. The u15s have have also enjoyed an excellent season as they finished their campaign without a single defeat.

Sophia Stars manager, Lindisipho Swaartbooi could not hide his excitement after winning the prestigious titles. “I feel very happy today to see the results of our hard work. We take development very seriously here,” said Swartbooi.

“Our under 15s have not lost a single game in the last three seasons which shows our dominance. Lastly I would like to thank our coach Mthuthuzeli Silo for all that he has done for these boys and for sacrificing a lot just to help develop the skills of these boys,” said Swaartbooi