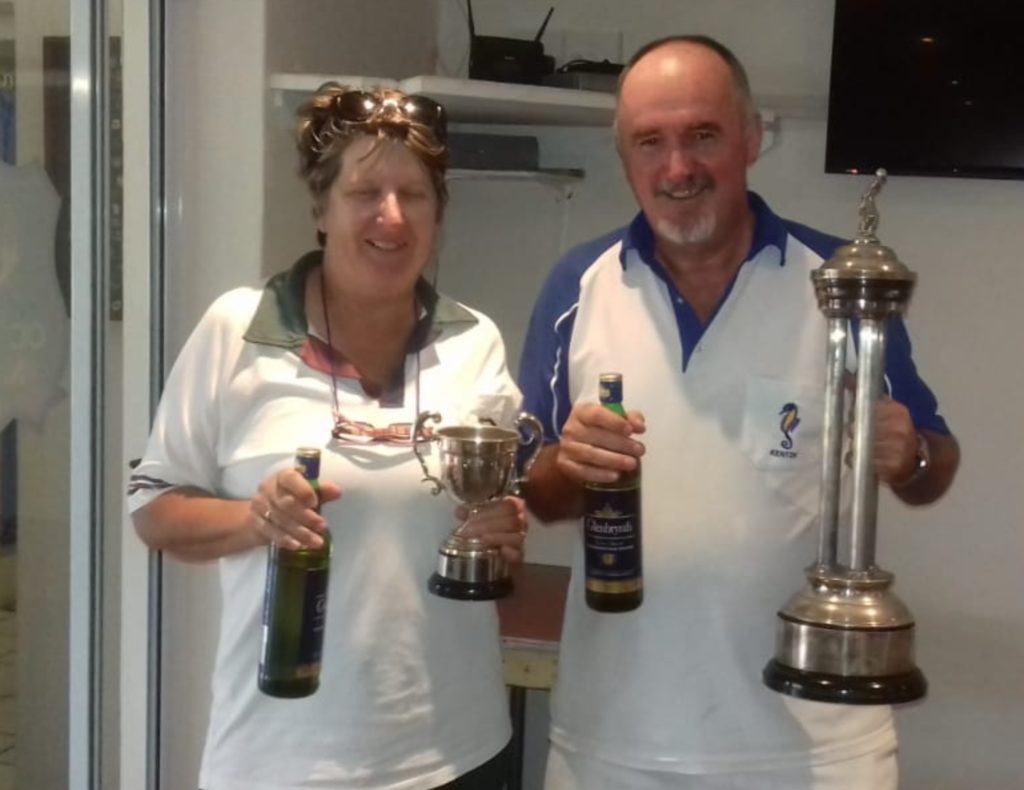 June McDougall (left) and Brian Aldag with their respective Champion of Champion trophies. Photo: Supplied
The annual Eastern Areas Champion of Champions bowls tournament was played over the weekend of 24-25 November, at the Albany bowling club between the five local clubs mens and ladies open champions.
After two days of bowls, the ladies winner, June McDougall from the Grahamstown bowls club, was crowned, after she won all of her games to lift the trophy. The ladies runner-up was Patricia Greig from the Kenton bowls club.
In the men’s section, the finish was extremely close with four of the five players still in contention for the title playing the last game. In the end, Brian Aldag won the trophy with six points and a shot profit of 14.  Eddie Senar from the Port Alfred bowling club was the runner-up on six points and a shot profit of 13. With only one point separating the two in terms of shot profit, the encounter was incredibly close.
Previous ArticleIMaru iyibethel’ oogqirha nezicaka iPirates kwidabi lasekhaya
Next Article Ntsika Christmas Party