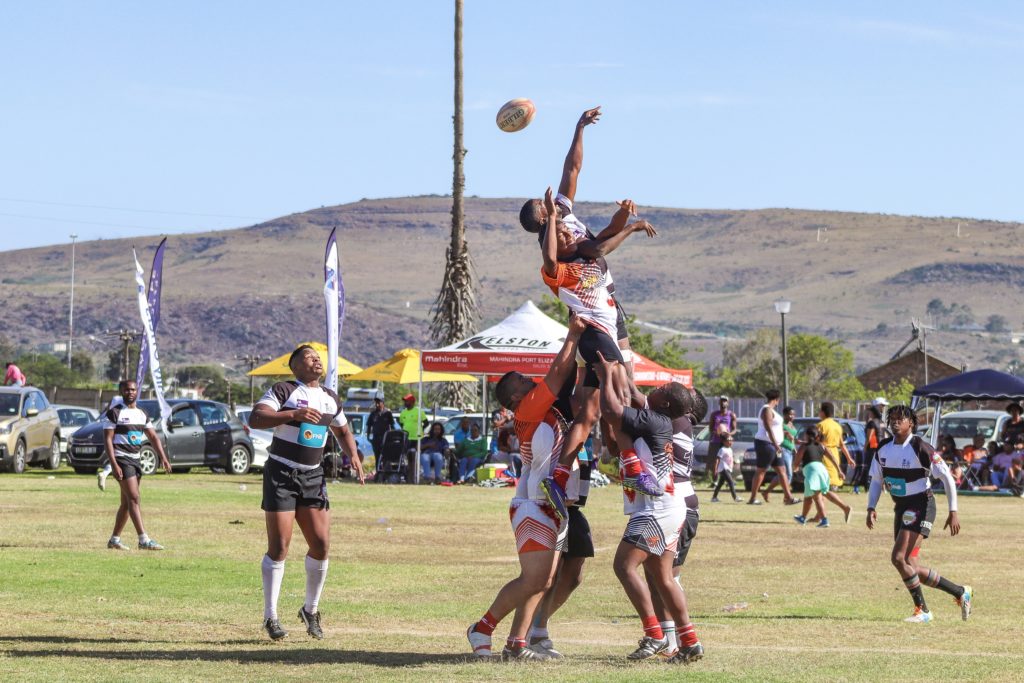 All roads led to the Oval on Saturday 24 November, when the Brumbies Rugby club hosted the sixth annual Fabian Juries Community Fun Day. The day was packed with activities and matches, with teams from all over Makhanda (Grahamstown) taking part in rugby and netball tournaments for bragging rights and the winners’ trophy.

Teams from Joza, Fingo, Currie Park, Scott’s Farm, Vergenoeg, Hooggenoeg, Ghost Town, Tyantyi, Vukani and even the Six SAI Military Base competed. Additionally, each team partnered with a charity or NGO and all prize money earned by the winning teams would go towards improving the communities involved.

Thousands of people gathered to celebrate the day; which also focused on promoting safety and well-being across Makhanda (Grahamstown).

“The support was excellent from the Grahamstown public,” said Deon Hilpert, former chairperson of the Brumbies Rugby Club. “We believe it will grow annually if we get more communities involved in the sports day.”

Alton Jegels, secretary of the Brumbies Rugby Club, echoed Hilpert’s comments. “I was really amazed at the support on the day. It was way better than expected. The community really came out in numbers to support the event,” he said.

After an exhaustive day of fixtures, the ten-a-side rugby finals saw the defending champions, Scott’s Farm Cellotape, take on the Ghost Town Lions for the third year in a row. Neither team were willing to give an inch in the encounter, however it was Cellotape who earned their third consecutive win with the only try of the match coming just before half time.

However Ghost Town did not go home empty handed, as their netball team earned a solid victory in their respective final to take home the trophy for the Ghost Town Lions. Both the Ghost Town Lions and Currie Park Rebels dominated their encounters before the final, which ultimately went to Ghost Town after another dominant performance.

“This year we witnessed improved quality from all teams and for most of the day this was evident in the small margins that was recorded in the games,” said Hilpert. “What was also heartening is the number of youngsters that showed good promise for the 2019 season.”

“I am excited at the talent that was on display. There were a lot of young rugby players that augurs well for the local clubs,” said Jegels, impressed with the quality of the sport. “With regards to netball, the young players need to be encouraged to continue playing, with a formal netball club really needed.”

“We are looking forward to add more fun activities for the minor kids and hopefully add women’s rugby to the programme, said Hilpert. “This would require also making use of the adjacent facility, Lavender Valley or to have the event over multiple days. Our dream is also to develop this event into a Sports festival. Makana is after all known as the ‘Festival Capital of South Africa’”, said Hilpert.