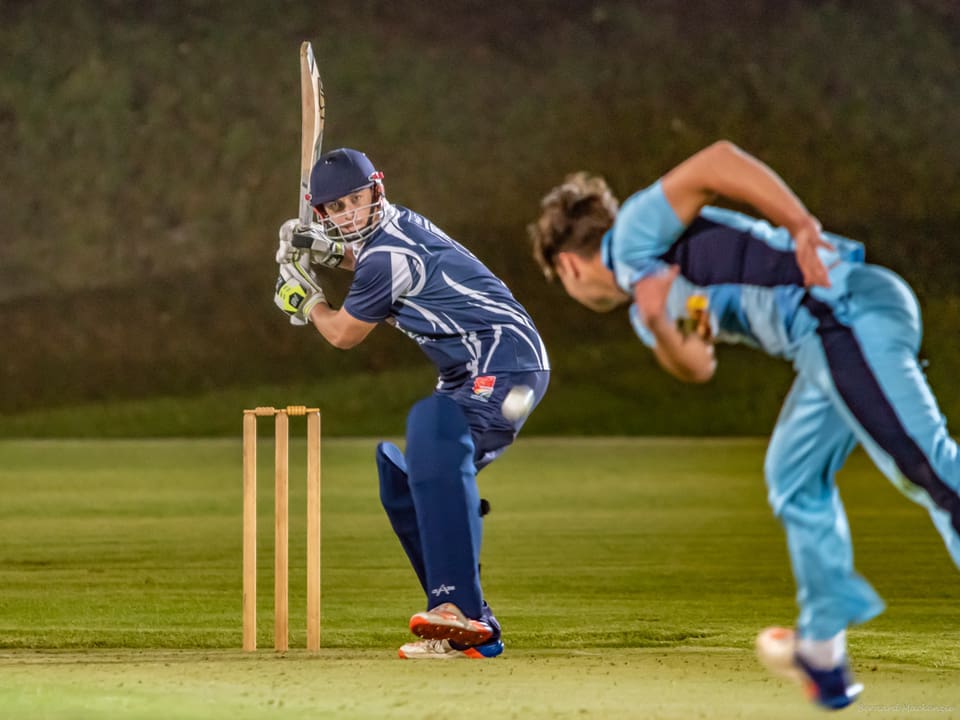 The Graeme College cricket team made history over the weekend of 17-18 November, by winning the Shaw/ Brown T20 Trophy for the first time. With the three Makhanda (Grahamstown) teams having strong line-ups, and their superb performance in the national CSA T20 tournament in which they made it to the finals, Graeme ended off their successful year with a very impressive title victory.

Graeme had to beat Kingswood to give themselves a chance of winning the trophy, after their tied match against St Andrew’s College the night before. St Andrew’s snuck back into the T20, and managed to tie the match against all odds. This match would also mark Garwin Dampies and Siphesihle Madlongolwana 50th game respectively for the Graeme College First team.

Batting first, St Andrew’s scored an impressive 156/ 3 after their 20 overs. Peter Jarvis (67) and Guy Rushmere (57*) were superb. For Graeme, Madlongolwana was the pick of the bowlers, claiming 2 for 22. When Graeme were put in to bat, Bavuyise Manyakanyaka (49) and Chris Gleaves (43) seemed to have the game wrapped up, but pressure caused some panic in the batting order. Graeme ended on 156 as well, needing one run off the last ball to win, but wee unable to secure the victory, therefore tying the match.

On Saturday 17 November, against Kingswood, Graeme seemed to find sublime form. Graeme got off to a great start with Romario Fritz (40) and Manyakanyaka (35) batting with maturity and determination. That set the tone for the whole match. The Kingswood spinners bowled superbly and brought some control back from the Graeme batsmen. Mark Amm (22*) had to also show his maturity against some phenomenal death bowling from Caleb Daniels (who conceded 13 runs in 3 overs) and Blaine Archibald who has been brilliant in every match. Archibald claimed 3 for 20, and managed to restrict Graeme to 131/ 7 in their 20 overs.

Graeme were confident of defending the target but knew that they needed to be at their best. Graeme were clinical from the first ball, bowling Kingswood out for 79. Madlongolwana (3 for 17) was outstanding with the new ball, and put Kingswood on the back foot straight away. There was a lot to still do when the skipper introduced Sihle Mginywa into the attack. Mginywa has been in brilliant form, and he struck twice in another superb spell, taking 2 for 14. Liam Agnew (2 for 11) and Garwin Dampies (2 for 7) kept up the pressure. It was a superb bowling and fielding performance enabling Graeme to win by 52 runs.

Later, Kingswood showed their ability as they beat St Andrew’s. Justin Potgieter blazed 130 in a remarkable knock, which meant that Graeme ended the only unbeaten team, and therefore the 2018 champions without any other calculations needed.

It was a great day for the Graeme matrics to play their last match for the College. Romario Fritz ended with more than 2200 runs. Chris Gleaves topped yet another fine performance with 5 dismissals against Kingswood, and had another brilliant day behind the stumps, showing his class as an allround cricketer. He ended up the top run scorer with more than 2300 runs. Bavuyise Manyakanyaka has been in quite scary form of late, and ends with 1200 runs. Sihle Mginywa has led the bowling attack and ends with 89 wickets at a quite unbelievable bowling average of 12.8. Liam Agnew ends his school career with 80 wickets.

In the all rounders bracket, Jeremy Beyleveld was huge for Graeme. He scored more than 1600 runs and took 62 wickets for the 1st XI. Likewise Mark Amm has been a huge cog for the Graeme side. The skipper scored more than 1900 runs and took a mammoth 114 wickets. These young men have left a legacy and inculcated a strong cricket culture, as well as some fine cricketers in the likes of Lakhanya Sam, Siphesihle Madlongolwana, Garwin Dampies and Riaan Labuschagne.