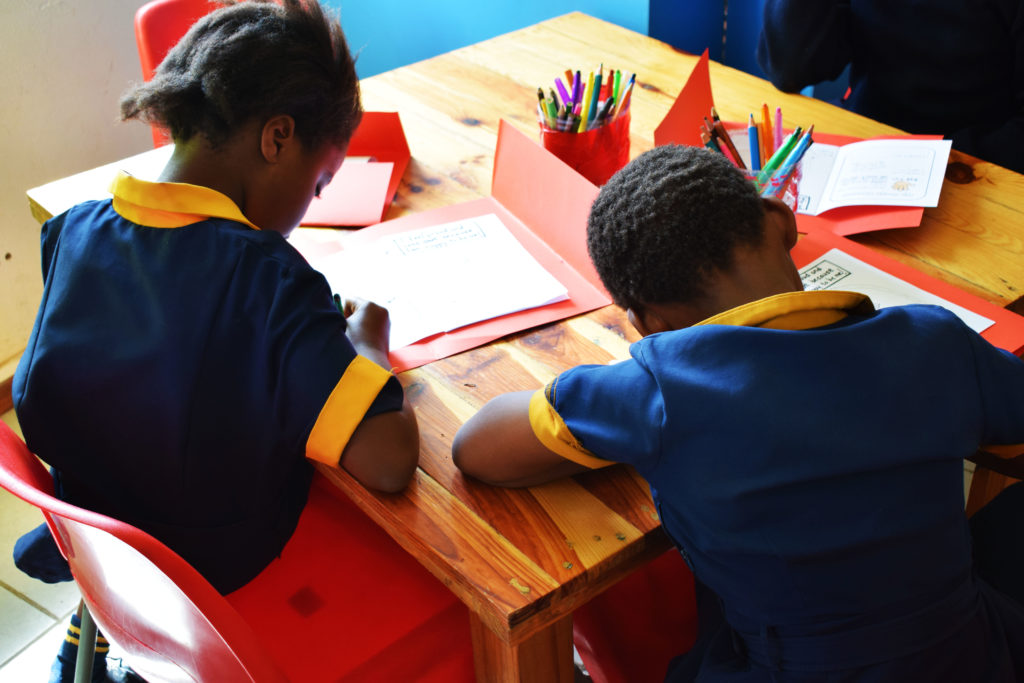 Gadra Education’s new Whistle Stop School (WSS) is succeeding where no-fees schools are failing. In just one year the school raised the literacy levels of a Grade 3 class by two years – a reminder, if we needed one, that all South African children are equally teachable. The WSS is a resource-intensive literacy intervention that has no obligations to the formal CAPS curriculum. Instead, it relies on highly qualified staff and, most crucially, strong relationships between small groups of learners and their teacher. ALICE DRAPER reports.

The sound of approaching laughter and chattering can be heard in the brightly-decorated Whistle Stop School (WSS) classroom at St Mary’s Primary School in Grahamstown. The learners rush into the classroom competing for the attention of their teacher, Kelly Long, who hugs each child individually before asking them to settle down and prepare for the lesson. Today, the learners are working on their Memory Books, where they write about what they have learned at the WSS. While they work on this, Long is individually testing the reading skills of each child using DIBELS tests.

Gadra launched the WSS in partnership with St Mary’s Development and Care Centre at St Mary’s School in January 2017. Long, lead teacher at the WSS, explains that St Mary’s is a no-fee-paying school in a poor area with persistent social problems. The WSS is a targeted intervention that takes fixed groups of 8-14 learners out of normal class for 45 minutes a day.

The WSS uses the international DIBELS assessment tool to measure literacy levels. These are short one-minute fluency measures used to monitor the development of literacy and reading skills.

At the start of her Grade 3 year at St Mary’s Primary School in Grahamstown, 11-year-old Lesedi Thame, was two years behind the Grade 3 literacy standard. But, by the end of Grade 3, her literacy level was at the top end of the Grade 3 standard.

Thame is enthusiastic about her experience in Long’s Grade 3 WSS Class. “I enjoyed the lessons a lot. We learned a lot of English and did a lot of writing and reading. I would like it if other teachers also taught me like that because I had fun. It would be nice in other subjects like maths.”

As a foundation-phase intervention, the WSS focuses on developing reading fluency rather than comprehension. In many ways, the WSS plays ‘catch up’ with the learners in the hope of altering the learners’ trajectory in the years to come.

The WSS tested the literacy levels of the Grade R class using phonic tests in May after five months of literacy intervention. They conducted the same test on Grade R learners at a former Model C School in Grahamstown a week later. The results were the same.

“This is remarkable if you think of the class differences between these learners,” comments Gadra Education manager Dr Ashley Westaway. “It reminds us that all South Africans are equal and teachable. The problem is not with the children. The problem is with the curriculum and approach to teaching.”

Westaway describes Long as the key driver in delivering this high-quality literacy intervention.

Long has her Masters in Education from Rhodes University focusing on social justice and teaching practice. Before Whistle Stop, she worked with GADRA in teacher development and training for nine years.

“I really wanted to start working with children in foundation phase again. I wanted to make a change. And that’s partly how we started brainstorming Whistle Stop,” she says.

For Long, it is the WSS’s collaborative approach to developing an intervention aimed at foundation-phase learning that makes the difference.

Gadra Education is renowned for its Gadra Matric School (GMS), which has played a significant role in furthering the opportunities of learners who did not receive a Bachelor Pass in high school. GMS is currently the biggest feeder school of students to Rhodes University.

Gadra’s work with Grade 8s in select public schools in Grahamstown made it realise that local public primary schools are not adequately preparing learners for the demands of high school. Specifically, it seemed that weak literacy skills lay at the root of many academic challenges that loom large in the final years of school. This understanding gave rise to the conceptualisation of the WSS, which went from conception to birth in about five months. Since then it has grown rapidly.

“I like the lessons with Mrs Long because I keep learning and understanding,” Micyle Bouwer, a nine-year-old learner explains. “I stopped getting overstressed and not knowing what to do because I was understanding the work.”

Long says that by the end of Grade 3 Bouwer was enjoying novels like Horrid Henry and Gangster Granny.

Based on the success of the WSS, Gadra has raised funding to introduce a third WSS teacher at St Mary’s for Grade R learners this year. According to Long, the research and experience of the teachers led them to understand that the younger the learners are, the more effective the teaching interventions are.

“What is nice for us WSS teachers is that we are not restricted to teaching within the curriculum. We are also developing curricula based on our research enabling us to address individual deficits. We get the chance to think about what is not working and how we can change things. Working with a dynamic and supportive organisation allows us to change things when we need too,” Long says.

Both Long and Westaway believe not have any obligations to the curriculum plays a key role in the success of their teaching interventions. They say that the current education system prioritises the curriculum over ‘teaching for meaning’. This allows little space for teachers to work on learners’ understanding or help learners who do not have foundational knowledge to catch up to where they need to be.

Can the WSS model be harnessed to address South Africa’s literacy crisis? Maybe, says Westaway. But, it certainly provides no easy answers. He describes the WSS model as “high quality and high cost”. The biggest cost is administrative, with the WSS budgeting R250 000 a year per teacher. This works out to a cost of approximately R7000 per learner for a year of intervention.

“I don’t necessarily think this is a replicable intervention,” Long comments. “I think what we should be asking is what can we learn from the intervention.”

Long believes that there needs to be shift by the Department of Basic Education from whether the teachers are teaching to whether the learners are learning.

“What happens is that department officials come in and say: ‘Are you on Week 5 Day 3 of Term 2?’ And if the teacher can show this, they tick a box and say, ‘Great you’re doing well’. They don’t ever test the children on whether they have learned anything or not. You can be a fantastic teacher and waste your time if children have no epistemological access to the content being taught. With the right teaching, learners can reach international standards.”

Westaway also points out that the WSS teaches lessons that can and should be taken up at a public policy level.

“The most important issue that has come up to date is the fundamental importance of prioritising effective teaching of children over curriculum coverage. The latter leads to the situation we currently have. This is characterised by high failure rates, the mass progression of learners and a dropout rate of 50%. To address these problems, children need to be prioritised over bureaucratic obsessions,” he says.

CAPS was introduced in 2011 with the goal of strengthening the curriculum and improving learner performance. The curriculum has been received widespread criticism for being overloaded with content and emphasising assessments over teaching and learning. This makes it hard for teachers, many of whom were not prepared for the curriculum change, to effectively teach for meaning.

Gadra hopes that the WSS work will ultimately lead to Bachelor Passes and greater opportunities for the learners. They are currently brainstorming the introduction of a mentorship programme between Rhodes University volunteers and former WSS learners.

“They would likely work on a programme around social and emotional learning. We don’t want to abandon the learners following their time with us,” Long says.

Long believes the most rewarding and challenging part of teaching for WSS is the relationship with the learners.

“What is lacking in our no-fee paying systems is a relationship between teacher and child. And you can’t necessarily blame the teachers. Many teachers emotionally shut-off because the social problems facing the learners are too much to take on. So they stop taking any of it on. Our biggest emphasis in recruiting WSS teachers is that they have the emotional maturity to develop relationships with the children. Young children learn through relationships. Because of this, the WSS focuses on a lot of social-emotional work,” she says.

At the end of the lesson, all the learners join hands with Long for ‘Circle Time’. Each child takes a turn saying, “My name is XX and I am beautiful and clever”, before dispersing and continuing with the day’s lessons. 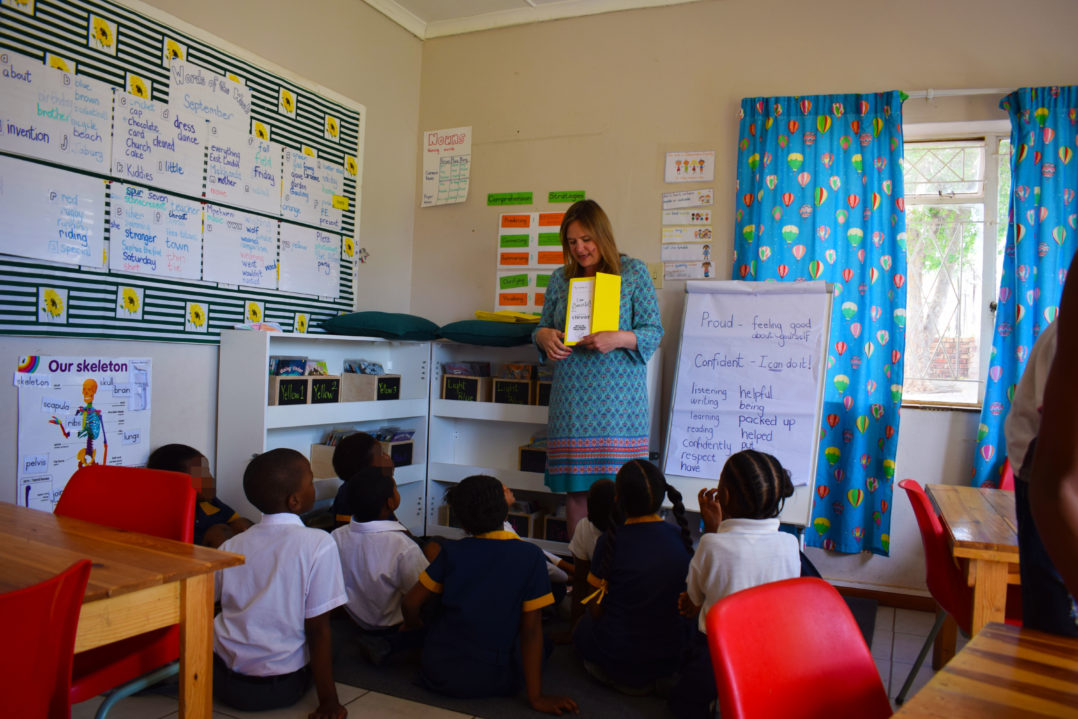 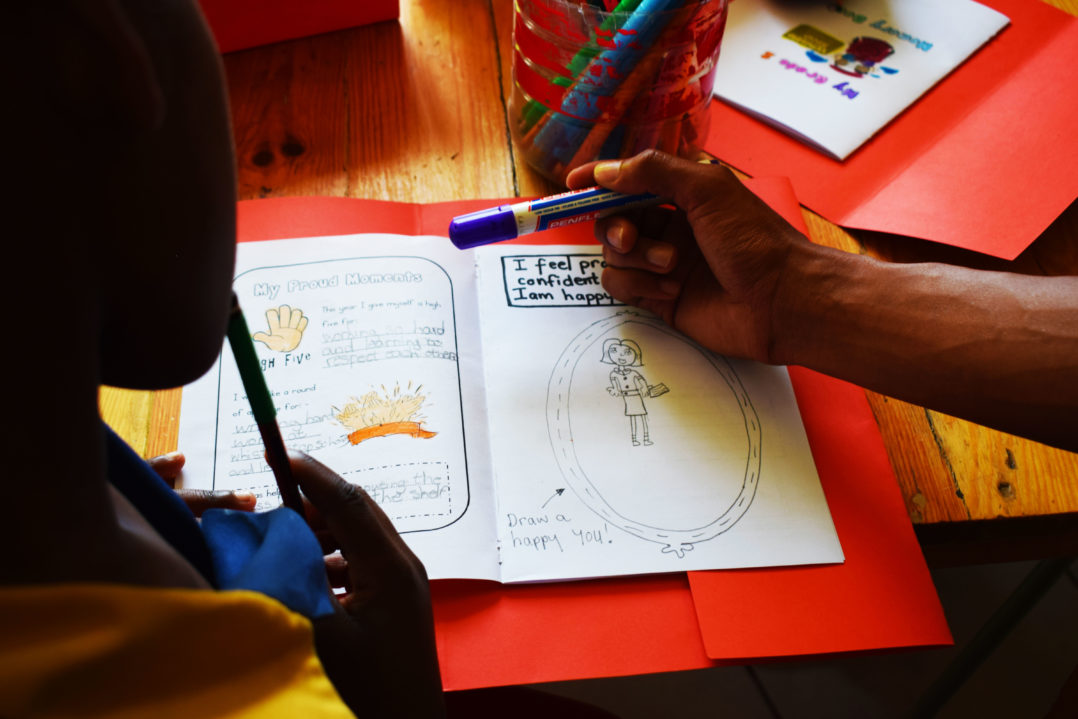 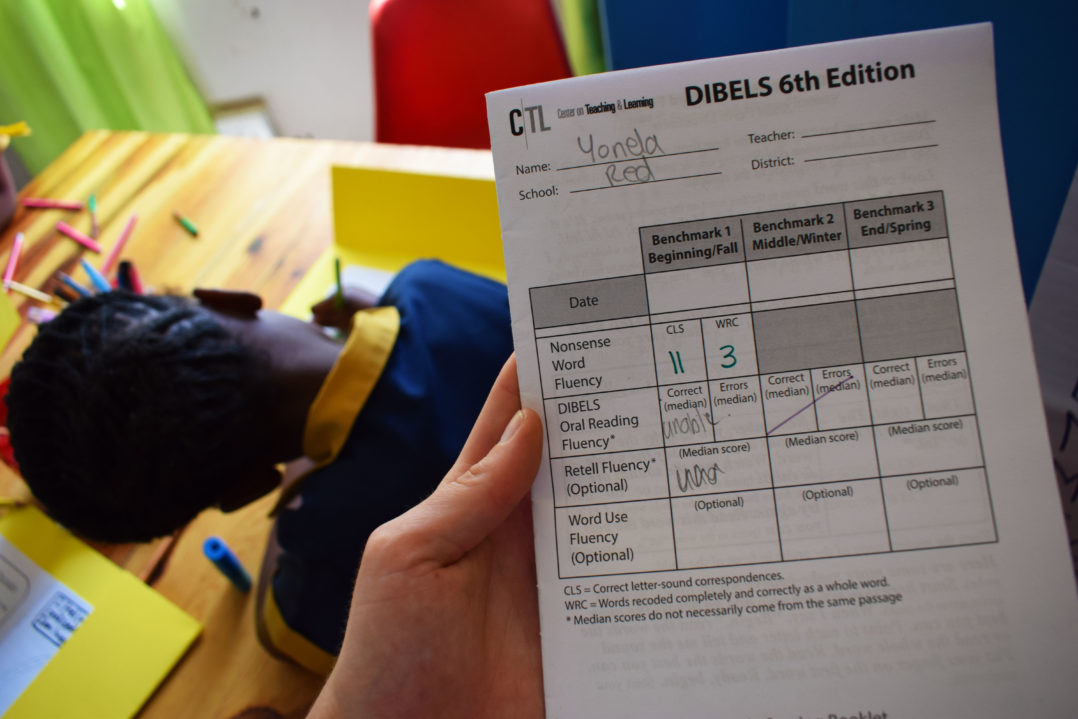 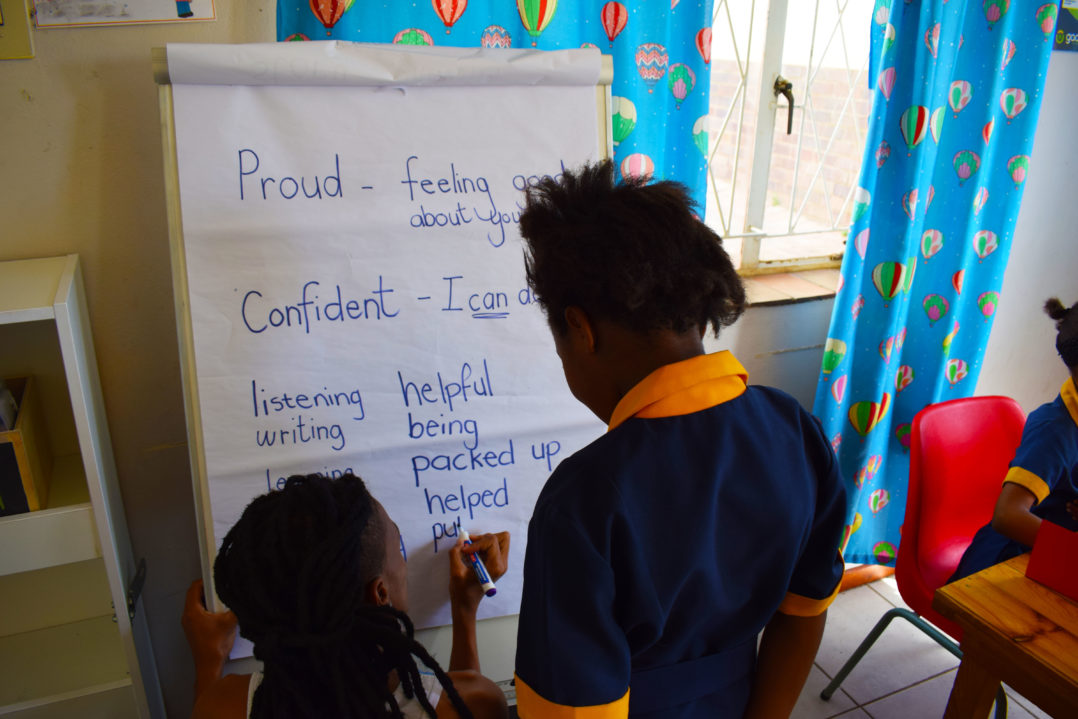