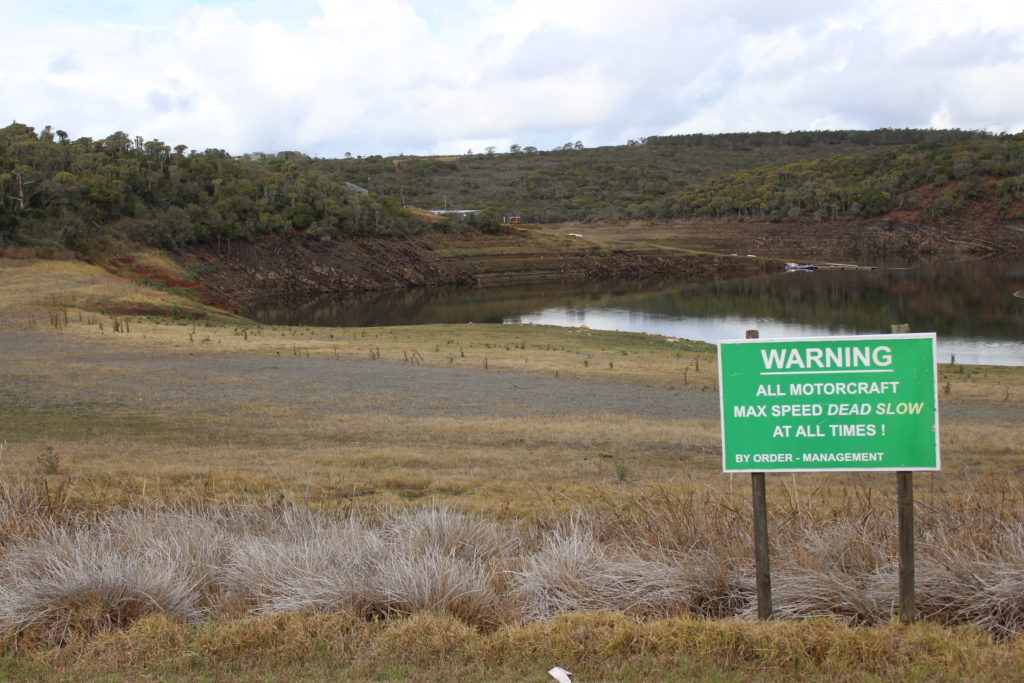 The Department of Water and Sanitation says the country’s water resources could halve, as the heatwave continues to affect dam levels.

“The heatwave in most parts of South Africa is reducing dam levels at an alarming rate and there are fears that unless it starts raining heavily, the country may end up with half the water resources it has currently,” the department said.

According to the department’s report released on Wednesday, the country’s dam levels dropped by 0.8% to 70.5% this week.

This week temperatures soared to the mid-40s and mid-30s in Northern Cape and Gauteng respectively, and this has prompted the department to call on citizens to stay indoors during the day.

“Of particular concern though is North West, where dams are almost half full at 55.9%, having dropped from 56.8% last week. The current provincial levels are a sharp contrast to the same period last year when the dam levels were 73.5%. The situation is particularly dire in Ngaka Modiri, Taung and Ruth Mompati, where it has not rained for about two months in a row,” the department said.

Disaneng Dam recorded 47.2%, a slight decrease from 50.5% last week, whilst the Crocodile West System, which has six dams serving mainly Tshwane, Madibeng and Rustenburg, seems to be the only one with high volumes of water at 75.2%. The system was at 84.6% in the same period last year.

The department also raised concerns on the water situation in Lesotho, where dam levels have dropped to an all-time low of 36.4%. The Mountain Kingdom is an important strategic water partner with South Africa, where it supplies the resource to the Vaal Dam.

However, despite the heatwave, Gauteng is almost full to capacity with dam levels averaging 97%. The water situation in the province has improved by 12.5%, compared to the same period last year.

In KwaZulu-Natal, dam levels have increased by a fraction, from 58.6% last week to 58.7% this week. The Umngeni Dam System, with five dams serving eThekwini and uMsunduzi in Pietermaritzburg, has decreased from 66% last week to 65.3%. The system was at 52.8% in the same period last year.

The Amathole System, with six dams serving Buffalo City, has also decreased from 76.2% to 75%.

Cape Town also experienced a heatwave last week, which was followed by rainfall. Dam levels in the province have decreased slightly from 64.1% to 63.2% this week. The Theewaterskloof Dam is at 56.7%; while Clanwilliam is at 94.1% and Voelvlei at 93.8%.

Currently the Bloemfontein System, with four dams serving mainly Mangaung, has decreased from 63% to 60%.