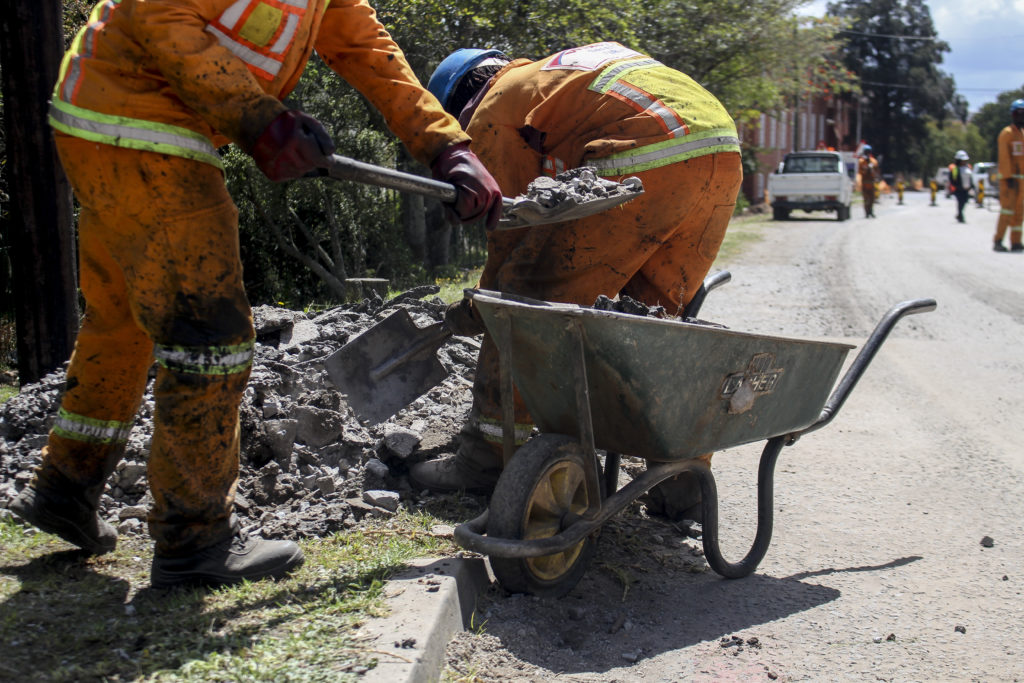 The upgrading of roads in the CBD came to an abrupt halt last week, with a construction company contesting the bid process that saw the tender awarded to Mamlambo Construction Company.

For the project, MISA has appointed Mamlambo Construction Company for the rehabilitation and maintenance of the three main roads within the CBD: Somerset, Huntley and High streets.

In a statement issued last week, Makana Communications said it was anticipated the project would be completed by 6 December 2018. A second phase would focus on the taxi route from Albert Road to Ncame Street.

However, MISA’s Provincial Head, Luntu Ndalasi, this week confirmed that a court interdict by a rival bidder had put a halt to progress.

“The work is on hold in order to observe the court order,” Ndalase told Grocott’s Mail. “MISA has issued an instruction to for all stakeholders affected to be advised.”

He said because the matter was sub judice, he couldn’t comment further.

Regarding revised timelines for the upgrade, he said he was waiting for feedback from MISA’s legal team.