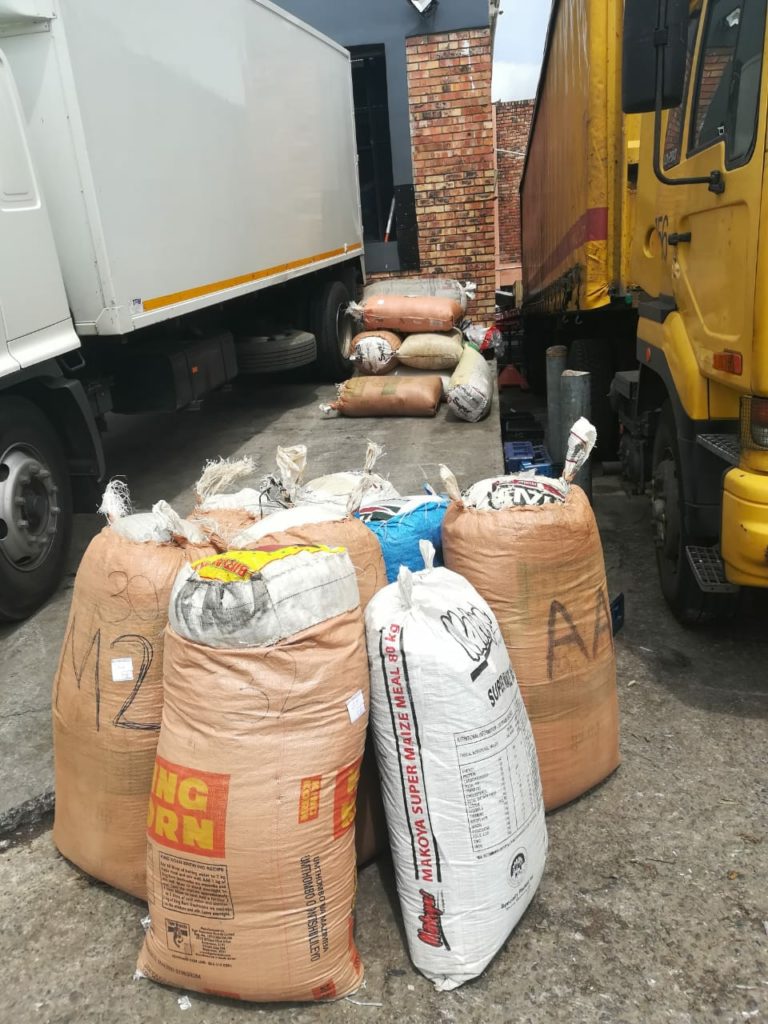 In one of the Eastern Cape’s biggest dagga busts ever, six people were arrested and 46 bags of dagga worth R2 million were confiscated at Seven Fountains outside Makhanda (Grahamstown) yesterday Wednesday 7 November.

Police spokesperson Captain Mali Govender said a joint operation with members of the Port Elizabeth Flying Squad , Uitenhage K9, SAPS Seven Fountains and Grahamstown Highway Patrol had resulted in the arrest of the six suspects aged between 35 and 60.

“At approximately 7am K9 team Warrant Officer Jacques Adlem and Sergeant Melisa Adlem acted on information of narcotics being transported,” Govender said. “They located a Nissan Quantum, as well as the lead vehicle, a VW Polo, next to the N2, close to Seven Fountains.”

When they searched the vehicle, they discovered 46 large bags of dagga, weighing 980kg with an estimated street value of R2m. All six suspects were immediately arrested.

Extra police were called in when a crowd gathered outside Pepper Grove Mall around midday, where industrial-sized scales at a retailer were used to weigh the 46 bags.

At this stage it was unknown where the dagga originated nor its destination, Govender said.

“This dagga bust is one of the biggest in the province. When we launched the Safer Festive Season Operations 2018/19 in Motherwell last Friday, we committed in ensuring that the proliferation of drugs will be dealt with harshly. This bust is the result of that commitment,” she said.

The suspects face charges of Dealing in Dagga and will appear in the Grahamstown Magistrate’s Court soon.