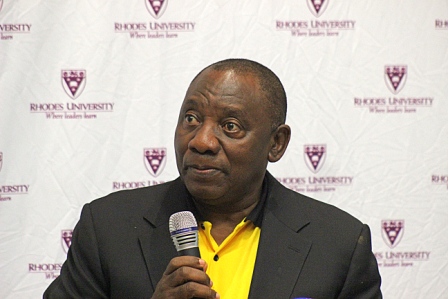 The 72-hectare site at Dunnottar Park, which cost R1 billion, consists of a Supplier Park and Rail Training School, which will manufacture, assemble, test, commission and deliver 580 new commuter trains.

This massive investment will include the local manufacturing of parts, maintenance, training facilities, the creation of jobs, skills development, the achievement of a 65% local content. According to a media release from SA News, it will promote black economic empowerment and support communities.

Construction of the factory began in January 2016, with manufacturing activities starting in 2017. The overall employment equity constitutes 49% female and 51% male, with 635 full-time employees, 90% of whom are black.

The plant is scheduled to deliver two new trains by December 2018, a further nine trains by March 2019 and an estimated 56 trains over the next two years.

The launch is part of the government’s 20-year Modernisation Programme aimed at revitalising the rail industry and training and skills development for the Passenger Railway Agency of South Africa (Prasa) employees and young people interested in the rail industry.