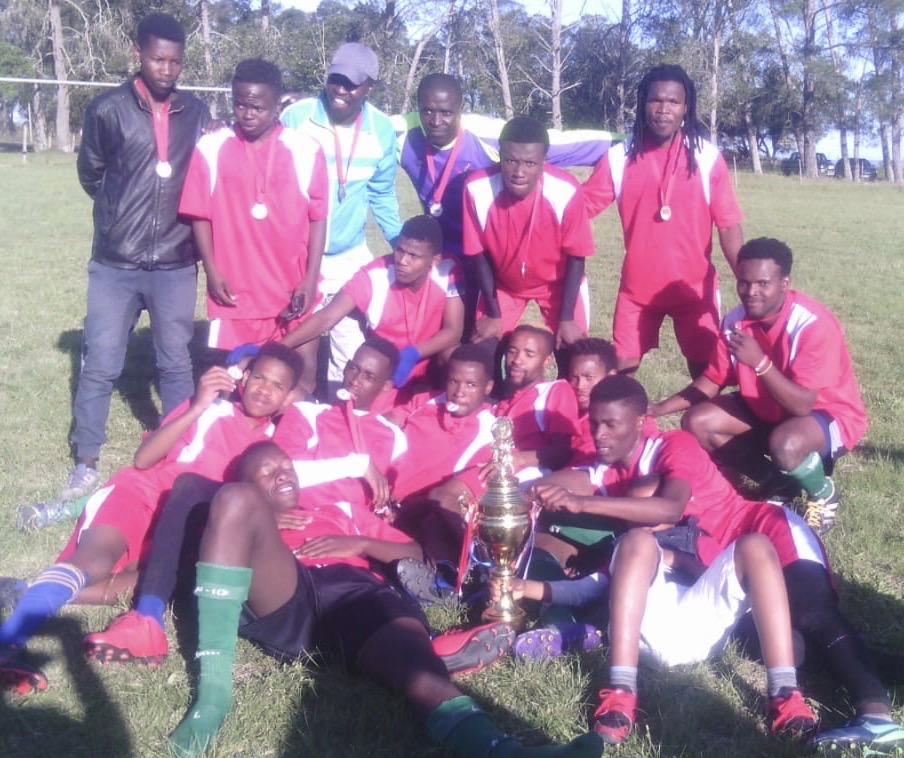 The local Makhanda (Grahamstown) rural soccer teams hosted a tournament of Sport against crime, which started on 13 October, and finished over the past weekend. The first tournament was held on 16 June, when the teams were celebrating Youth month.

The aim of these tournaments is to fight crime and substance abuse amongst the youth of the rural areas around the town. Six teams participated in the tournament, namely the Eleven United FC from Broughton Farm, Young City Pros FC from Salem, Flying Stars FC from Gardeners Gate, Pumba Pirates FC from Seven Fountains, Collingham FC from Collingham and Youngster FC from Farmerfield.

The tournament was played over a two weekends at the Seven Fountain Sports grounds, according to a points system, which allowed only 4 teams to qualify to play in the semi-finals. The semi-finals were played on the 20 October, with the final ultimately being fought between Pumba Pirates FC and Flying Stars on 21 October. The Flying Stars FC took home the trophy this time around, with a score of 3-2 after the final whistle.

The organisers of the tournaments would like to acknowledge the following organizations for sponsoring and supporting the tournament; Seven Fountains Community Developers, the SAPS and Rural sports facilitators.