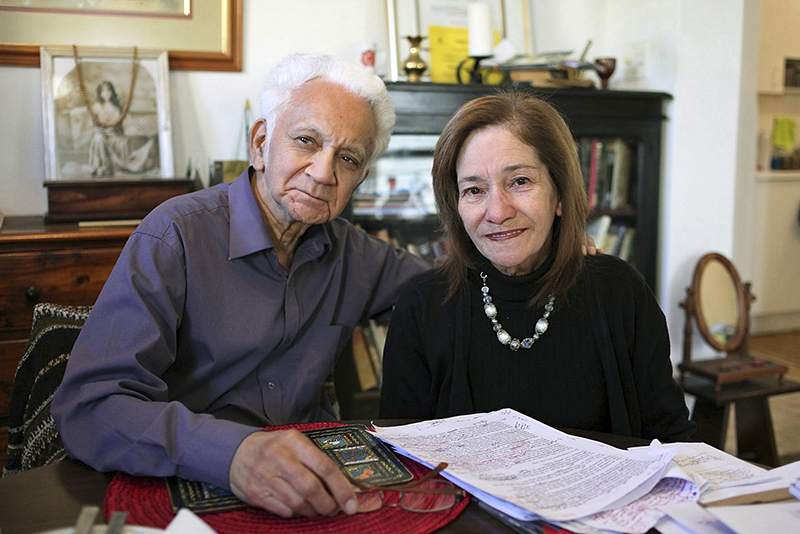 Adam and Rosalie Small, the husband and wife duo who made a significant impact on South Africa’s literary, philosophical and educational landscape. Photo: Jeffrey Abrahams

The National Arts Festival and Distell have joined forces to seek out and showcase fresh storytellers and new voices with the launch of the Distell National  Playwright Competition. The Competition, for debut playwrights who haven’t staged their work before, is run in honour of Adam and Rosalie Small, the husband and wife duo who made a significant impact on South Africa’s literary, philosophical and educational landscape. The winning writer will receive a cash prize and see their work produced at the 2019 National Arts Festival, the country’s premier arts showcase and a shop-window for producers and theatres from across the world.

The Call to Enter
It’s time to shine. Writers and storytellers who’ve been looking for an opportunity to level up and put their skills to the test should get into action. The competition calls for powerful stories that promote diversity and inclusivity – in any of our 11 official languages. This is a celebration of talent, but also of transformation – in the internal and external sense of the word.

“South Africa is endowed with great talent in the Arts and we see this initiative as an opportunity to recognise talent, start conversations, encourage freedom of thought and imagination. Importantly, and particularly given our history as a country, we see this competition as a vehicle to bring people together by overcoming and promoting our rich cultural diversity,” says Bridgitte Backman, Corporate and Regulatory Affairs Director at Distell.

The Details
● This competition is open to all South Africans over the age of 18 years;
● Artists need to submit a synopsis of a play and a ten-page writing sample. This doesn’t need to be a completed play;
● All ideas must be original, unpublished and unproduced;
● To be eligible for consideration, the work needs to have a strong focus on inclusivity and social cohesion.

Says National Arts Festival Executive Producer, Ashraf Johaardien, “an integral part of the vision for this award is to provide support in the space that exists between the idea for a play and the final draft of that play for production. In this way, the competition is intended as a resource for both new writers and theatres interested in developing and programming contemporary South African work.”

What to expect
After submissions are in and the adjudication process is complete, five plays will be selected for a process of development, which includes workshops, masterclasses and/or mentorships. The winning play will be announced and awarded a production budget, which will see it present as a premiere on the Main Programme or Arena at the National Arts Festival in Makhanda in June 2019.

The deadline for submissions is 5pm on 30 November 2018 and the shortlisted scripts will be announced and go into the incubation process in early 2019.