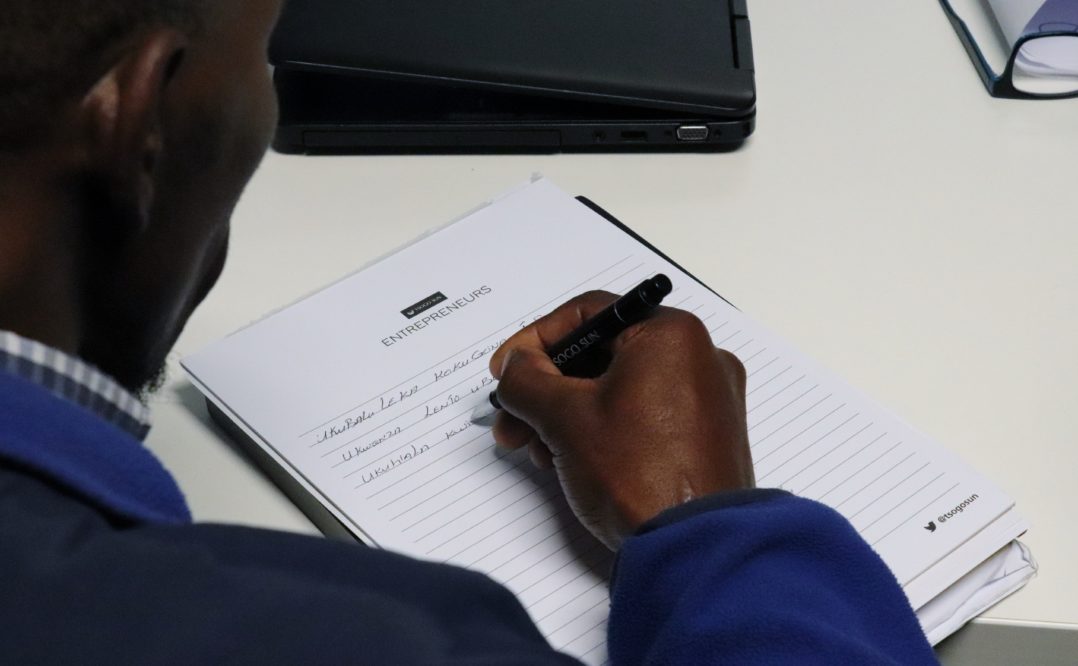 Noted
Simon Kakalala of AmaTrac Uluntu notes his suggestions at a recent workshop for Eastern Cape NGOs recently convened by the HCI Foundation. AmaTrac Uluntu helps donkey owners in and around Makhanda to develop their transport businesses. 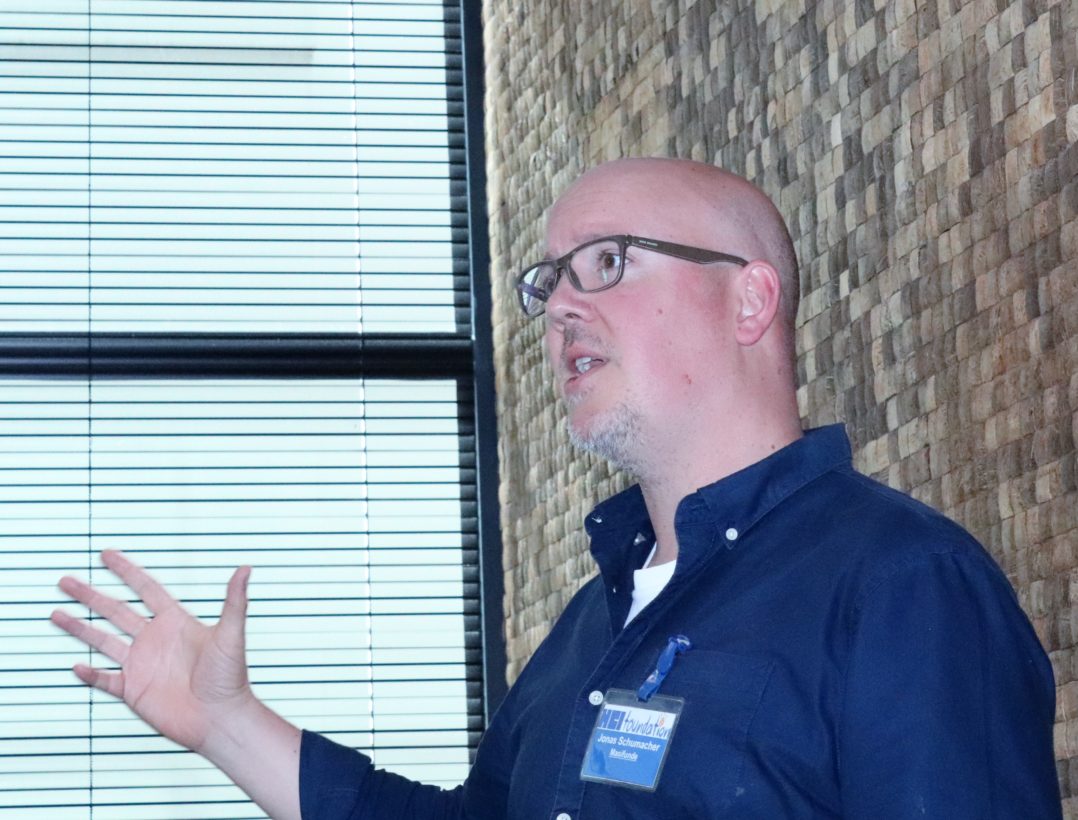 Just say no!
Jonas Schumacher of Port Elizabeth based NGO, Masifunde Learner Development, says NGOs should learn to say “No!” when they can see the funding offered does not correspond with their core vision and mission. 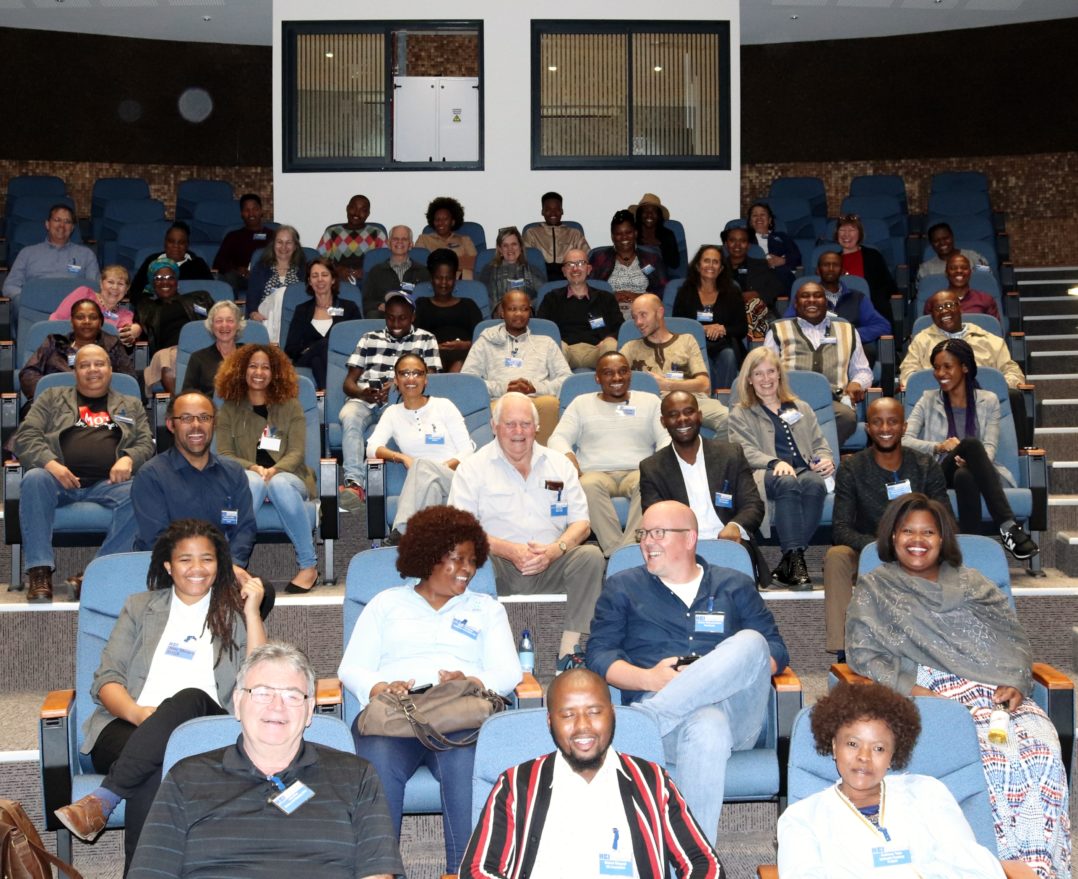 We need funding!
Delegates to the HCI Foundation-sponsored NGO workshop held at the National English Literary Museum shout “funding” instead of “cheese” for the group photo. A survey of 126 NGOs conducted by HCI showed that more than half were struggling with funding and sustainability. 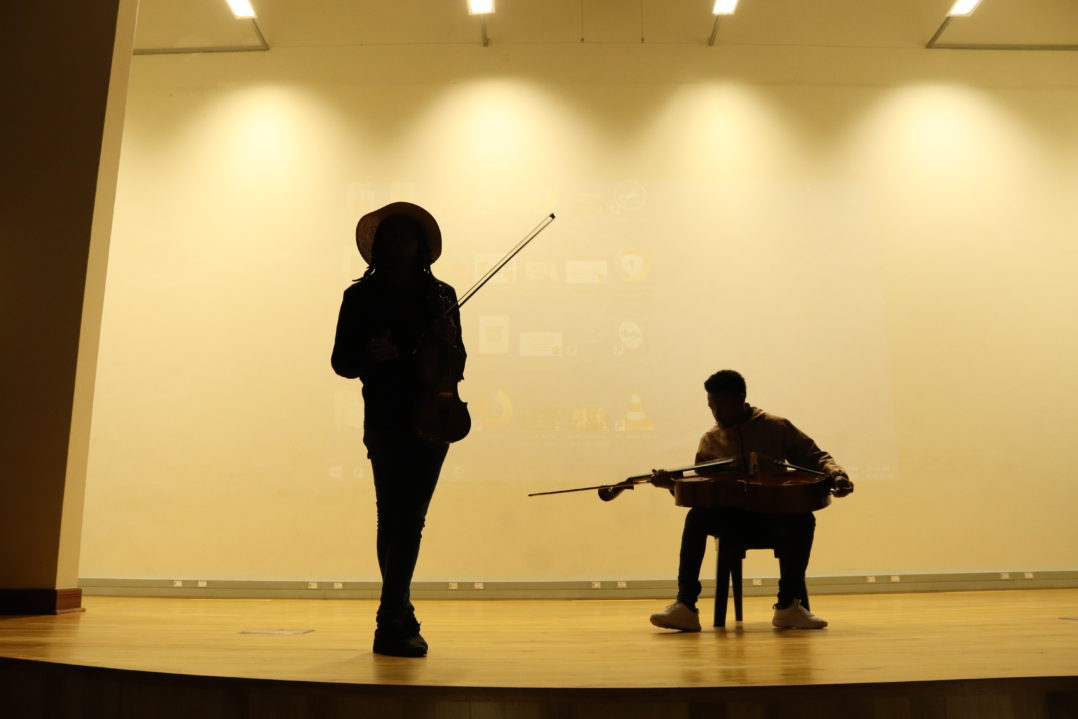 String silhouette
The workshop was not all talk. The programme included a musical interlude where a beautiful tribute to the Soweto String Quartet was played. 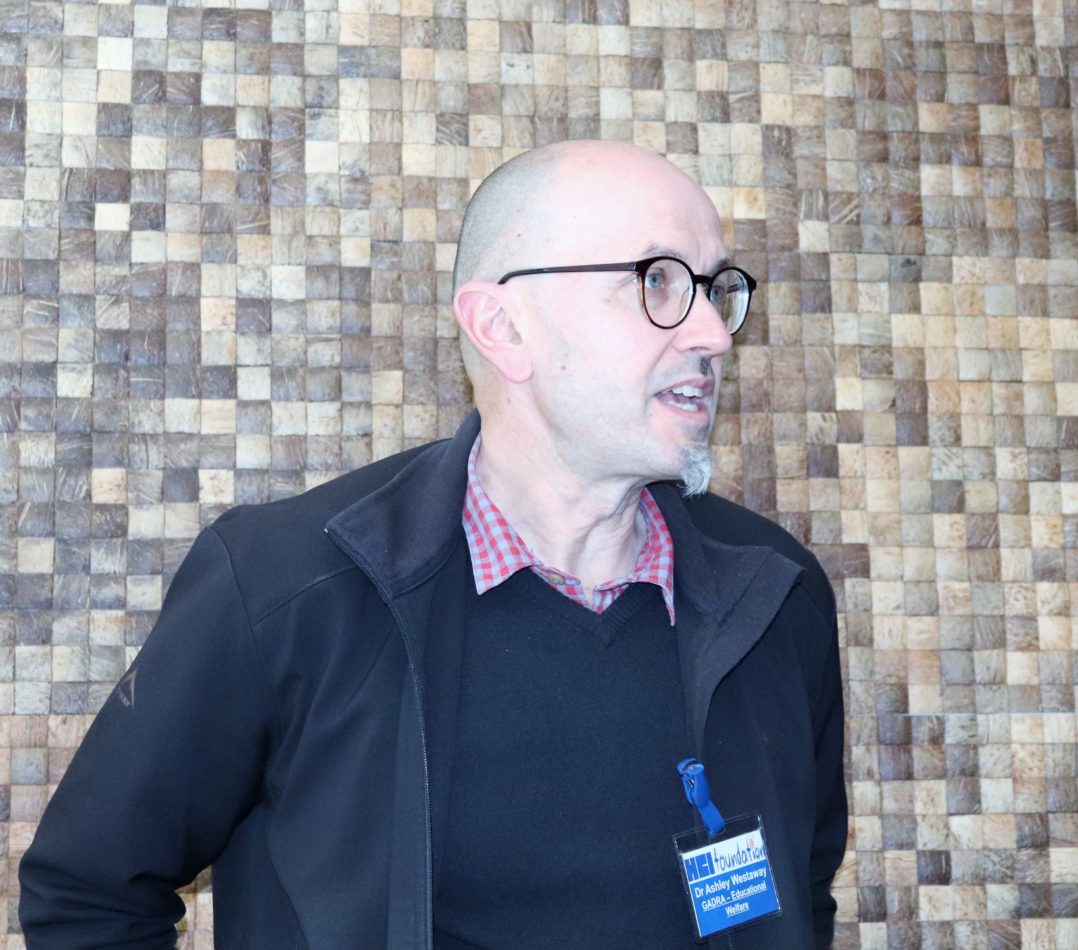 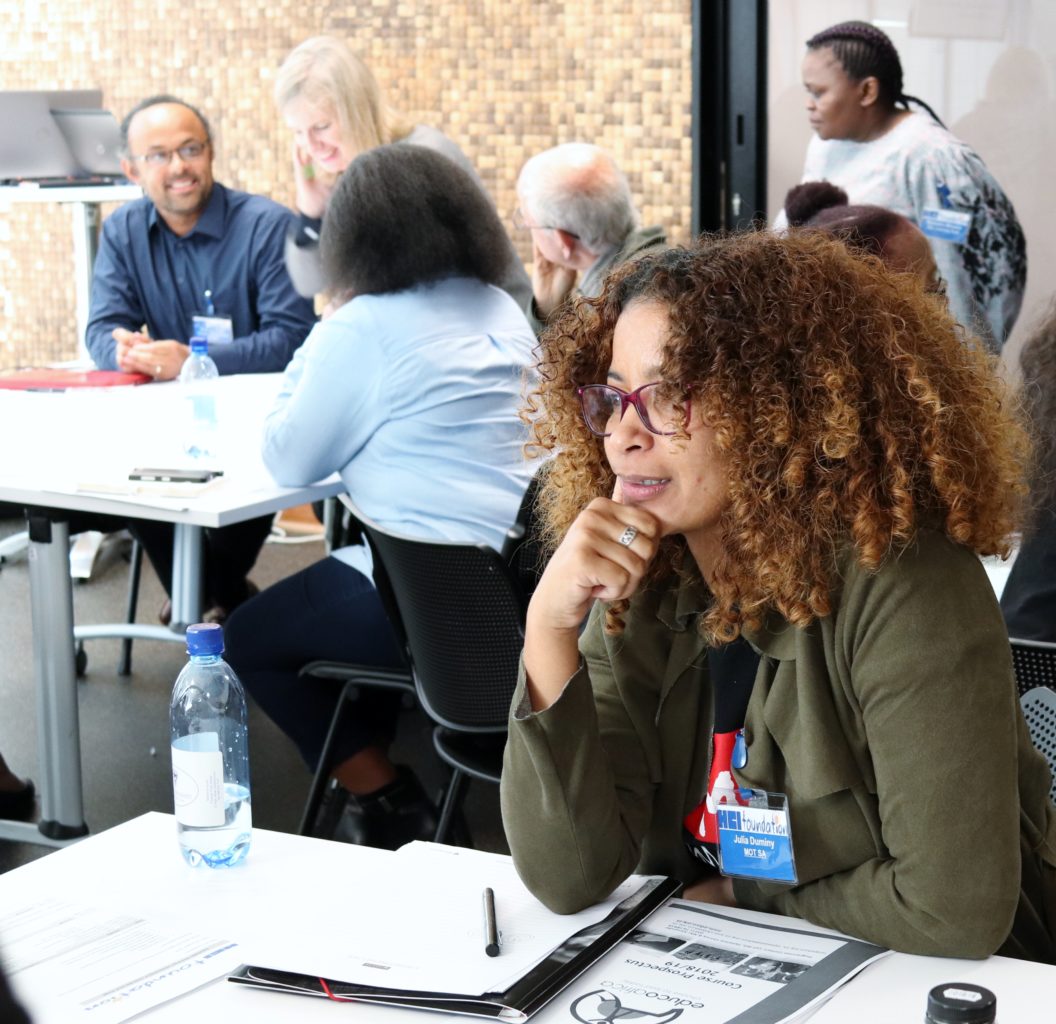 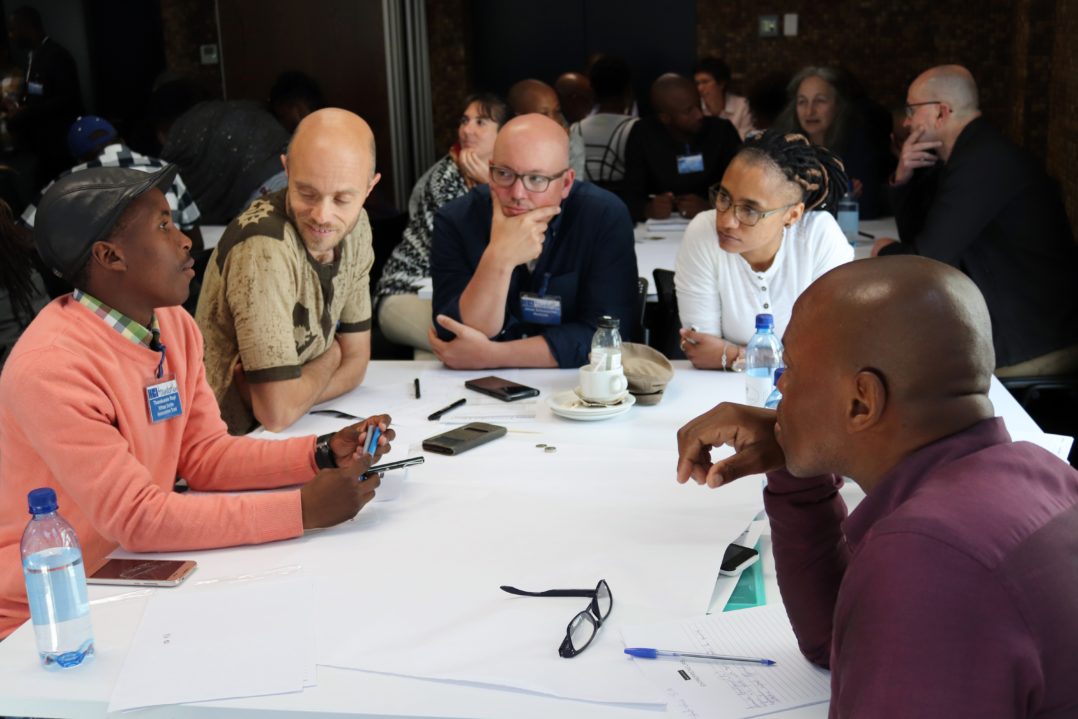 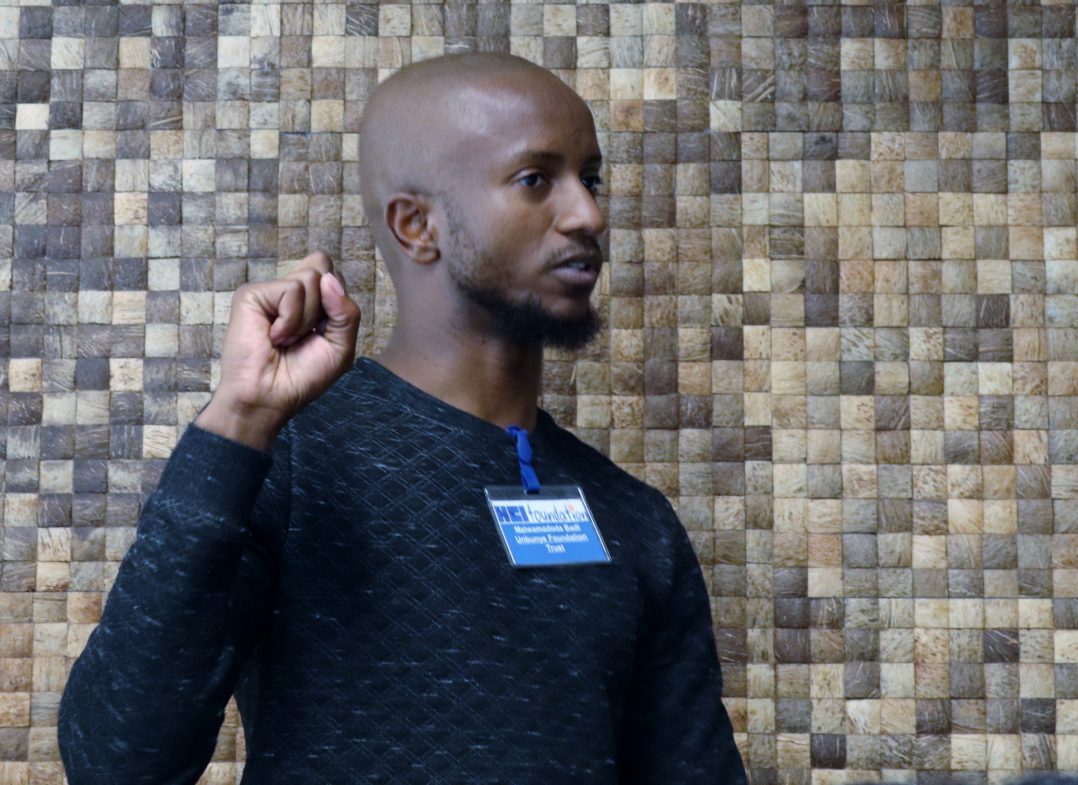 Ubunye's 'safe parks'
Mziwamadoda Badi of the Ubunye Foundation speaks on 'safe parks', part of the their 'non-formal' Early Childhood Development programme. These parks are located in homes of the members, who with the assistance of Ubunye, are subsidised by the Department of Social Development. 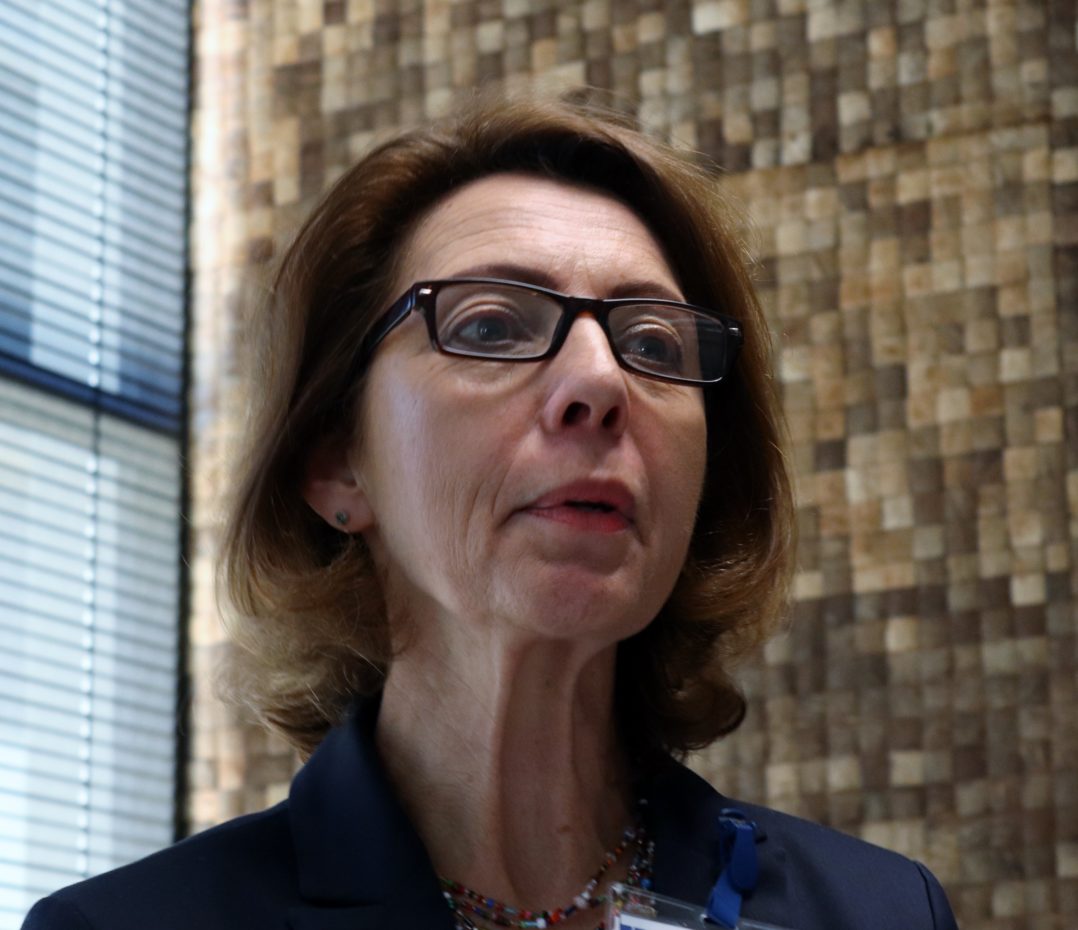 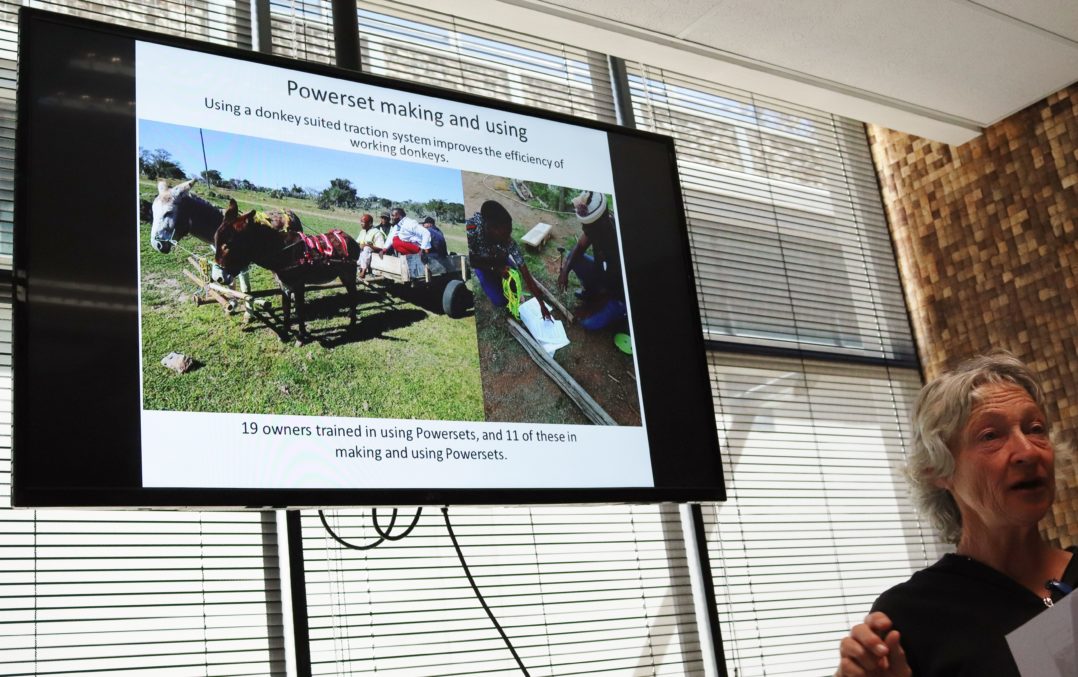 Donkey power
Michelle Griffith of AmaTrac Uluntu, an NGO that helps donkey owners in and around Makhanda to develop their transport businesses.

This was revealed in a recent survey conducted by a concerned funder, the HCI Foundation.

Of the 126 non-governmental organisations that responded to the survey, the majority reported that “fundraising” and “insufficient funds” were, by some distance, their biggest challenges.

The survey results were presented at an HCI stakeholder workshop with 26 Eastern Cape non-governmental organisations (NGOs) at the New English Literary Museum in Makhanda last week.

The Foundation, which funds dozens of Eastern Cape NGOs, is the corporate social investment arm of HCI, a black empowerment investment company that has its origins in the Southern African Clothing and Textile Workers’ Union.

NGOs play a crucial oversight role over democratic institutions, monitor human rights and give citizens, especially the poor and excluded, the tools to know and assert their rights. They also provide valuable public services especially in the face of public service delivery collapses across the country.

Fifty-seven percent of organizations surveyed reported insufficient funds as a problematic area in their organizations, followed by fundraising (50.4%) and sustainability strategy (23.2%).

All told, 95 of the 126 respondents said they needed help with fundraising and sustainability.

Related challenges reported by the NGOs were, “dependency on donors”, “lack of collaboration between NGOs and Government”, “lack of capacity building (NGO staff)”, a dependence on “year to year grants”, “declining economic growth”, and “high demand from funders for new funding measurement methods without training for NGOs”.

The HCI stakeholder workshop aimed to help NGOs face funding and other challenges, including monitoring and evaluation and inter-organisation collaboration.