“Born Fighter” knocked out in EL 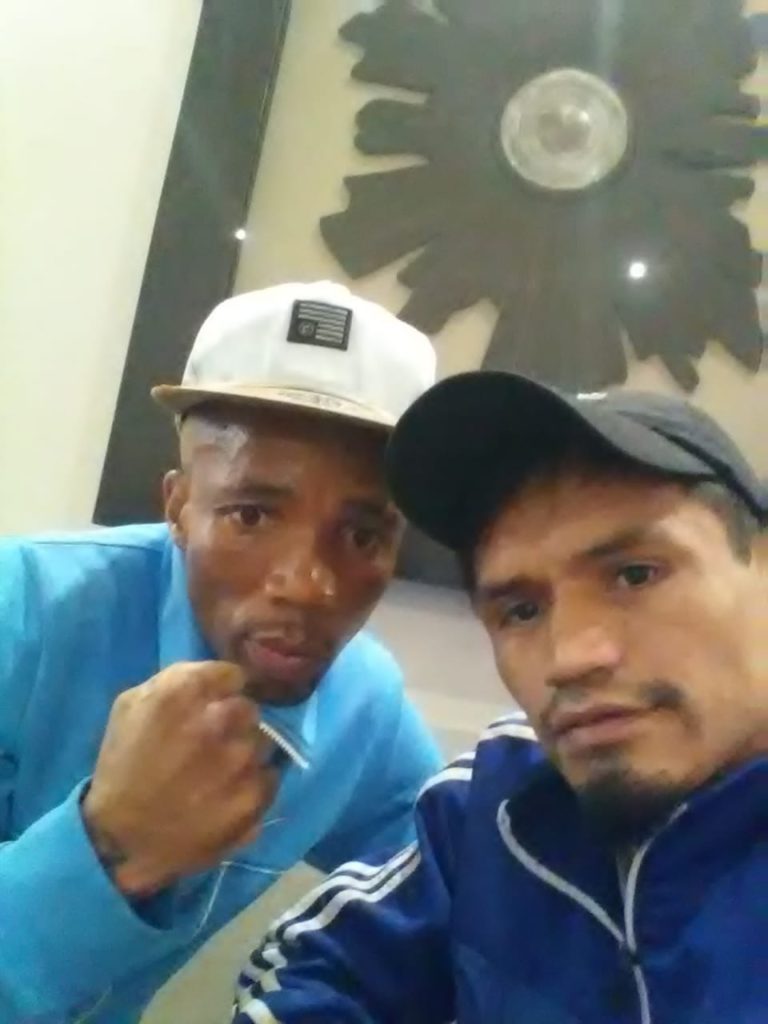 On Friday 12 October,  Makhanda’s (Grahamstown’s) own professional boxer Sonwabo “Born Fighter” Thwathwa took part in the tournament in East London. Thwathwa exchanged blows with Sinethemba ” Dictator” Kotana in a flyweight bout organised by Xaba boxing promotions, inside the Mdantsane Indoor Sports Centre in a bout that was scheduled for six rounds.

Thwathwa started the fight slowly and he looked like he was in good shape, but barely threw a decent punch in the early exchanges. Before he could react, he was caught by a solid straight punch by Kotana and he went down to the mat, but he managed to beat the referee’s eight count. He got up, dusted himself off, and continued the fight.

He tried to fight back, but Kotana proved to be too strong for the local boxer as he caught him with a powerful left hook that made Thwathwa kiss the canvas. The referee quickly stepped in and stopped the fight, in only three minutes and 14 seconds. Kotana was declared the winner via a technical knockout.

Thwathwa, a proud father of two children, came to the fight with fourteen professional fights under his belt winning eight (seven by knockout), losing five and drawing one.

The “Born Fighter” was confident running into the bout. “I trained very hard for the fight and was fully prepared,” said Thwathwa. “My opponent struggled to make the required weight at the weigh-in and had to run to reduce some kilos.”

Thwathwa was understandably disappointed with the result of the fight, although he vowed to bounce back for his supporters. “I don’t know what really went wrong during the fight but he caught me with some powerful punches. I would like to thank the people of Makhanda for their support and want to assure them that I am going to bounce back soon,” said Thwathwa.

“I would also like to appeal to the business people out there to come on board as I always have to hitch hike to my fights. There is a lot that I need help with. My supporters must not give up on me as I am hard at training preparing for my next fight which might be in a few months time.”