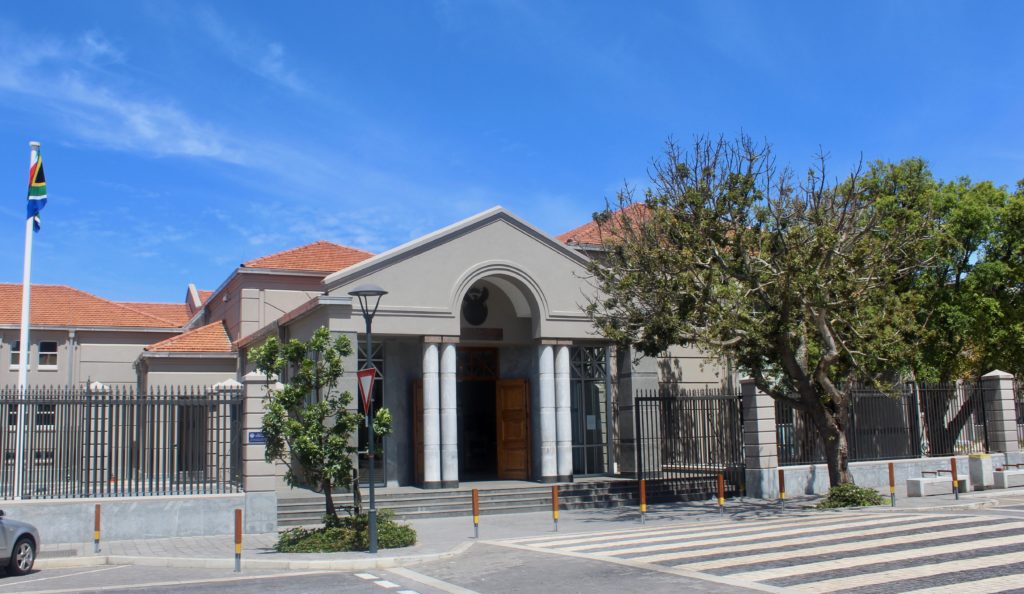 The matter between former Fort England CEO Roger Walsh and the Eastern Cape Department of Health was postponed at the Port Elizabeth Labour Court on 18 October 2018. The respondents include Superintendent General Dr Thobile Mbengashe, former MEC for Health Dr Pumza Dyantyi and the Minister of Health.

The hearing comes following Walsh’s transfer from his post as the CEO of Fort England hospital in Makhanda (Grahamstown) to a position in Bhisho late 2016. The transfer came as a result of months of turmoil between Fort England management and staff unions. Unions demanded that Walsh and other members of management be removed, and threatened to make the hospital “ungovernable”.

Unrest continued, and patient care was severely compromised as a result of staff strikes and a stalemate in negotiations.

Walsh contested his transfer, as well as alternative post offers in both Bhisho and Port Elizabeth, claiming that the transfer was unlawful. The Department of Health has since transferred Walsh to Bhisho as the director of forensic services.

The private Da Silva investigation into the friction between the hospital’s management and the unions found no fault in Walsh’s management style but noted that the workforce had expressed dissatisfaction that management took decisions without consulting them. The report following a subsequent investigation by the Department of Health was critical of Walsh’s leadership style.

Documents submitted to the Labour Court by Walsh argued for the unlawfulness of Dr Mbengashe’s decision to transfer Walsh in terms of section 158 (1)(g) of the Labour Relations Act 66 of 1995. “We submit that the decision to transfer to Dr Walsh from his position as Chief Executive Officer of Fort England Hospital is unconstitutional, unlawful and invalid,” state the documents.

Documents submitted by the Department of Health insisted upon Walsh’s transfer as a way to ensure that patient care remained at the highest standard.

In relation to the 2016 strikes, the document states, “[Walsh] requested assistance with putting a stop to the unauthorised picketing and the continued risk to proper and optimal patient care due to the unlawful conduct of the employees who had gone on strike.”
The document submitted by the Department of Health argues that Mbengashe’s decision was “properly made” for the best interests of the patients.

The document continues: “Since his removal, labour relations have stabilised, staff are safe and service delivery continues uninterrupted. By focusing on the so called “unlawful demand”, which [Walsh] claims motivated the transfer, the applicant misconstrues the issue in a manner that is entirely self-serving.”

State Attorney Luvuyo Ntikinca, representing the first and second respondent, confirmed that the case had been postponed until 19 November. Ntinkinca stated that they would work to negotiate a settlement by the postponement date but could not provide details as to what the settlement would be. “That’s what we are going to explore,” he said.

“We hope that it will settle well in advance of that date,” said Walsh’s attorney Justin Powers. Powers stated that they were looking for an alternative position for Walsh or a financial termination settlement. Details of potential positions were not yet known.

Spokesperson for the Eastern Cape Department of Health Lwandile Sicwetsha told Grocott’s Mail  that they could not comment on the matter until it was finalised in court. “The department advised Mr Walsh to report for duty in his new position in Bhisho a few months ago,” said Sicwetsha.

“There is a new CEO at [Fort England] hospital now.”