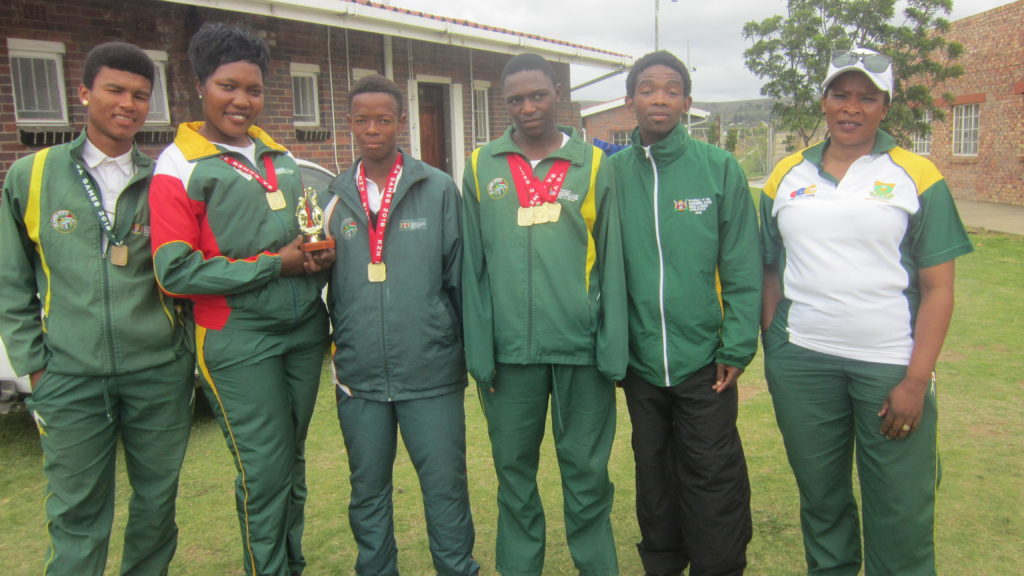 Kuyasa Special School travelled to Durban over the weekend of 12-14 October to represent the Eastern Cape Schools in the Intellectual games. They were there to take part in various sporting codes, including soccer, athletics and netball. The Eastern Cape team took home 38 medals in all, with the soccer team securing gold alongside the netball team.

Kuyasa was represented in the Eastern Cape side by five pupils, namely Dervenito du Plessis, Nomahlubi Hlasela, Lucky Ncudu, and Siyanda Songongo. Du Plessis took part in the athletics portion of the tournament, running the 1500 meters, while Hlasela was one of the gold medallists in the netball side. Ncudu took home two gold medals, both in the 200m sprint, and the soccer team. Songongo ran in two distances, taking some a bronze medal for the 800m and a gold medal in the 400m sprints.

Kuyasa not only participates in these sporting codes, but also has active participants in basketball, cricket and cross country. Despite their success over the past weekend, the school is currently in desperate need of equipment and will welcome any donations that could be used for tracksuits and other sporting equipment.