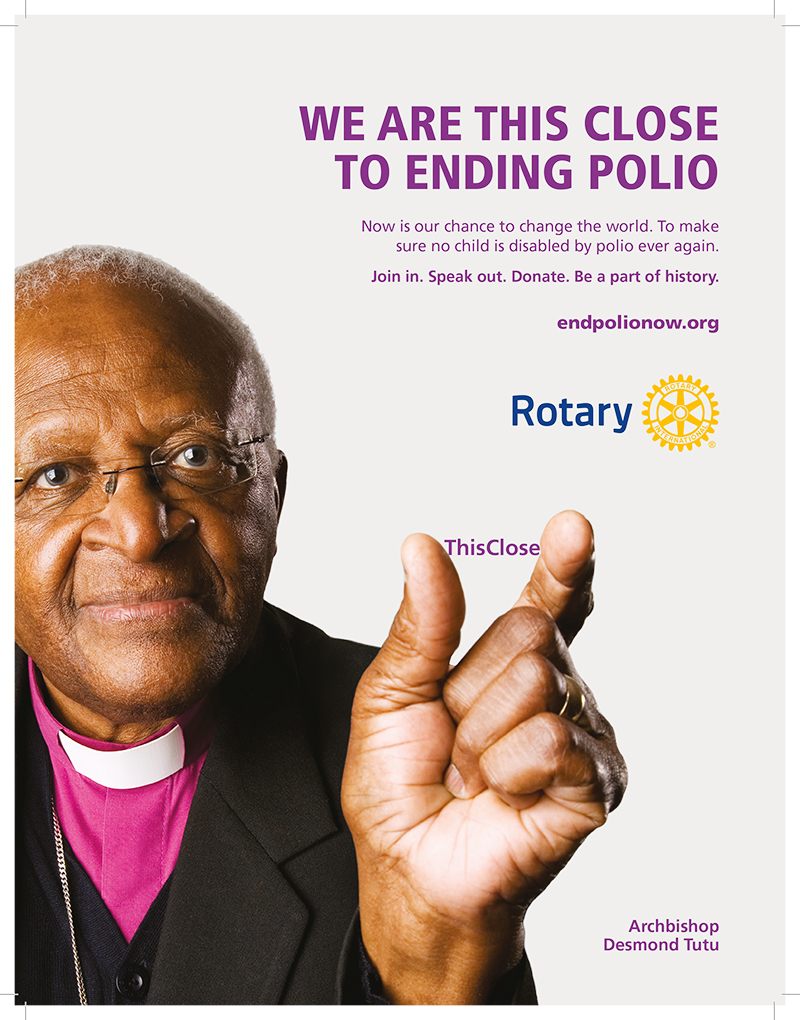 The Rotary Club of Grahamstown Sunset will join thousands of Rotary Clubs across the world to mark historic progress toward a polio-free world on World Polio Day on 24 October. The day will see millions of Rotarians reaching out to raise awareness, funds and support to end polio – a vaccine preventable disease that still threatens children in parts of the world today.

Poliomyelitis (polio) is a paralysing and potentially fatal disease. The poliovirus invades the nervous system and can cause total paralysis in a matter of hours. It can strike at any age but mainly affects children under five. Polio is incurable, but completely vaccine-preventable. Since 1988, the number of polio endemic countries declined from over 125 countries to three in 2017 (Nigeria, Pakistan, Afghanistan). In 2017, 22 cases of wild poliovirus were reported from Nigeria, Pakistan and Afghanistan compared to 74 cases in 2015.

Rotary has mobilised a legion of volunteers who are providing support during vaccination campaigns, getting their communities involved in polio eradication activities, raising funds and awareness for polio eradication, and advocating for the cause with government officials. More than one million Rotarians worldwide have contributed toward the success of the polio eradication effort.

Since Rotary and its partners launched the Global Polio Eradication Initiative 30 years ago, the incidence of polio has plummeted by more than 99.9 percent, from about 350 000 cases a year to just 22 cases in 2017. To sustain this progress, and protect all children from polio, Rotary has committed to raising US$50 million a year in support of global polio eradication efforts. The Bill & Melinda Gates Foundation will match Rotary’s commitment 2:1. Without full funding and political commitment, this paralysing disease could return to previously polio-free countries, putting children everywhere at risk.

Izak Smuts, President of the Rotary Club of Grahamstown Sunset said, “We commit a donation every year from our club fundraising to Rotary’s PolioPlus programme. The goal of the PolioPlus programme is the global certification of polio eradication. If polio is not eradicated, within 10 years, as many as 200 000 children could be paralysed by it each year. A polio-free world will be a safer world for children everywhere. The Rotary Club of Grahamstown Sunset is proud to be associated with the drive to eradicate this cruel disease.”