Tall (and short) tales sure to entertain 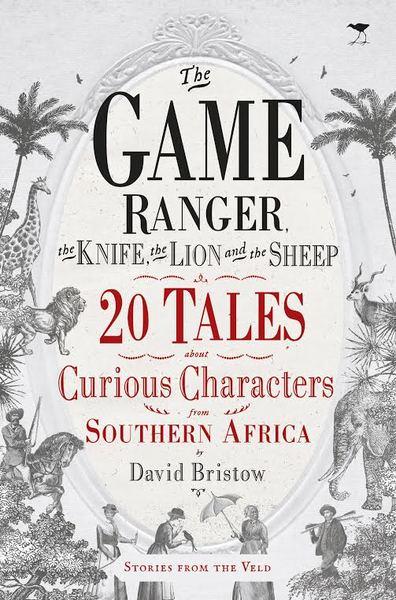 August, 1903, Limpopo. Pitch dark. Game-ranger Harry Wolhuter dangles from a lion’s jaws, trying to remember if his knife is still in its sheath. On a blistering day in early 1714, Maria Mouton breaks
every rule of the slave-owning Cape. December 1809, and Khoi leader Dawid Stuurman escapes exile
on Robben Island in a stolen whaling boat. More than century and a half later, Helen Martins turns a
small house in a remote village into a peculiar jewel. Southern African history is stuffed chock-full of
incident and action, and this book gathers twenty-one tales of the region into one eye-catching
volume.

The Game Ranger, the Knife, the Lion and the Sheep is the second book in David Bristow’s Stories
from the Veld series. In a slim but action-packed two hundred pages, Bristow takes the reader on a
tour of the last three hundred years of Southern African history – or even before – indeed, from
murky pre-history when the Karoo was an ocean floor, right up to the 2000s. Fossils, poets, freedom
fighters and scientists all put in an appearance.

It’s clear from the first wild anecdote that the former Getaway editor approaches his material with
affection and gusto, zig-zagging between personages as diverse as the ornithological illustrator
Claude Finch-Davies, the prophet Nonqawuse, less-than-totally-successful missionary-turned-
explorer David Livingstone, and the 17th -century Khoi translator Krotoa/Eva. But occasionally,
Bristow’s enthusiasm for his topic sometimes outstrips his grip on the material. Some chapters and
stories in the book are a little uncomfortable, and at times the book’s lively, confident tone sits
awkwardly with the gravity of the material it discusses.

Bristow’s writing harks back to the work of classic Capetonian storyteller Lawrence G Green. Chatty
and engaging, it surfs nimbly between personal anecdotes, reflections on the meaning of history,
and what schoolchildren persist in calling “history-history,” and the author clearly has a knack for
unearthing unexpected facts and events and turning them to the light. The Game Ranger, the Knife,
the Lion and the Sheep will make an interesting addition to any bookshelf of South African pop-
history books.