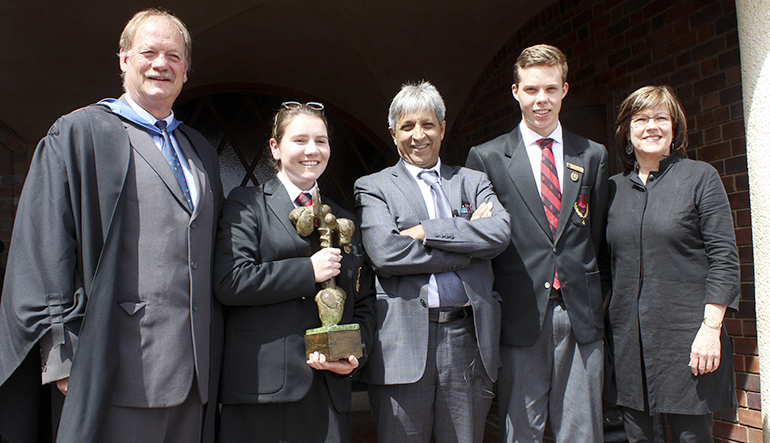 Mass action and mobilisation is essential for social justice was the message of academic, activist and political commentator Adam Habib at Kingswood College’s Neil Aggett Memorial Lecture on 27 September. The school hosts the lecture annually in honour of former pupil who died as an activist in the anti-apartheid struggle.

Habib used his experience of the Fees Must Fall struggle to illustrate the power of social activism.

“In 10 days the students achieved what vice chancellors had been trying to do for the past 10 years,” he said, describing the pressure on tertiary institutions as their mandate grew, while state subsidies remained static.

However, Habib emphasised that in any struggle, the means is as important as the ends.

“Social action cannot be unqualified,” Habib said. “If you are violent, you undermine the rights of the institutional community.”

Habib condemned the destruction of R800 million in infrastructure at South African universities during the Fees Must Fall campaign.

“The action you take must be compatible with the outcome,” he said.

Habib cut no ice about the duplicity of some of the student activists who, he said, said one thing publicly and another privately.

“There were student leaders who publicly condemned the security measures put in place during the protests – yet in private expressed gratitude that their safety was assured,” he said.

“There were student leaders who publicly called for the boycotting of exams, yet privately asked to write theirs,” he revealed.

“A leader must be consistent in their public and private engagements,” Habib said. “Activists must practice a politics different to that practiced in the current political system.”

Deputy Head Boy Etienne Marais and Danielle Griessel, who is chairperson of the Interact Committees of Grahamstown, were the joint recipients of this year’s Neil Aggett Memorial award.