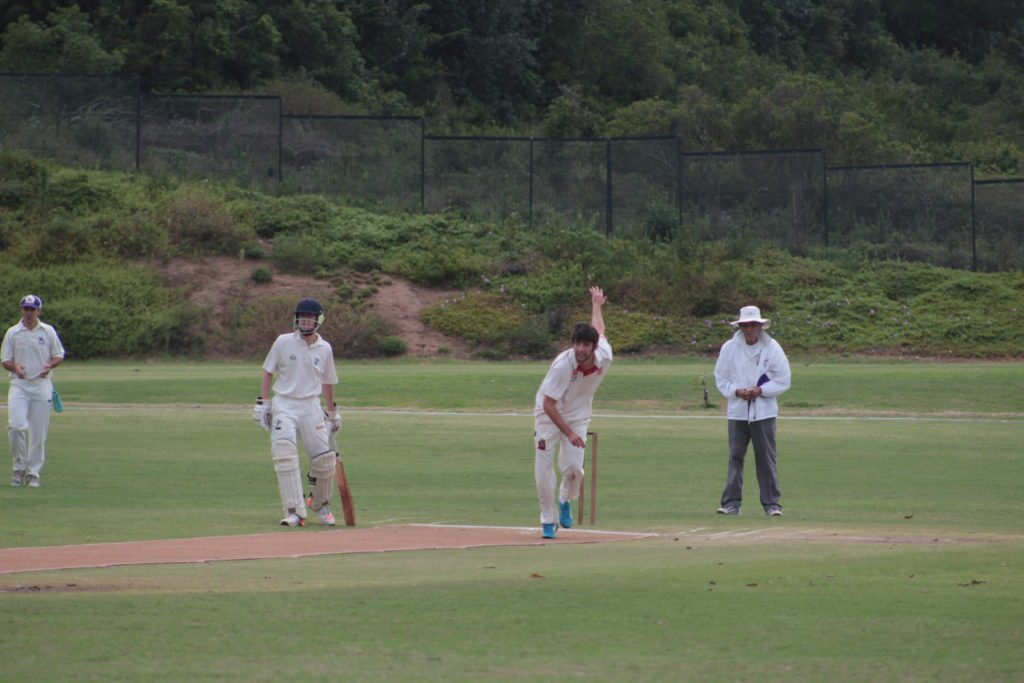 The Rhodes University first cricket team got off to the perfect start in their Grahamstown Cricket Board First League season, recording two wins in their opening weekend.

On Saturday 6 October, Rhodes came up against Makana Sona at Rhodes University’s Prospect Field in what was a long but low scoring affair. Makana won the toss and elected to bat, but some tidy bowling saw Rhodes bowl them out for 166.

Simon Webster and Uzayr Mahomed each took two wickets while Ryan Harley recorded three wickets for 25 runs in his 10 overs.

Rhodes then went into bat and found it difficult to really get going which, coupled with some great bowling upfront from Makana, saw them going right to the last over before eventually winning by one wicket.

Harley top scored with 33 while Pule Mokwena played a match winning 30 not out that took Rhodes over the line in the nail-biting encounter.

Port Alfred won the toss and sent Rhodes into the field, but some terrific bowling from the home side saw Port Alfred knocked over for just 75 runs.

Lelethu Cekiso was the pick of the bowlers as he picked up four wickets for 26 runs in his six overs while David Blenkinsop and Bradley van Heerden both picked up two wickets for their efforts.

Rhodes then went in and chased down the total in no time with Harley smashing an unbeaten 57 to give Rhodes a dominant nine wicket victory.

After two great results, club chairman Stephen Pettitt expressed his excitement about the development of the team and his excitement for the season ahead. “To get two wins in the first weekend was an enormous effort from the boys and I think it speaks to the development within the club that is starting to produce results,” said Pettitt.  “We are finally starting to play with the ability we have had for a long time and I think if we can keep up this momentum we could definitely challenge for higher honours in the future.”

Rhodes will be in action again this weekend as they face strong opposition in Sidbury on Saturday before facing current league favourites and Pineapple Week champions Salem on Sunday.