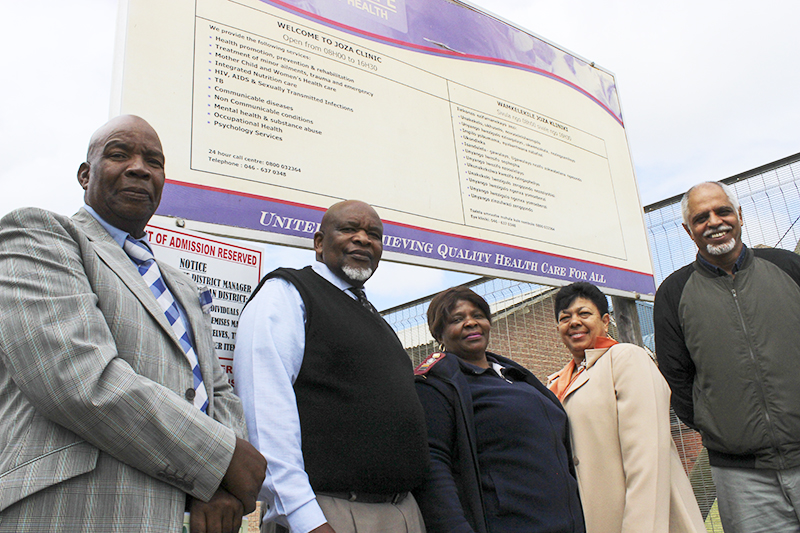 From 1 October 2018, the Joza Clinic has extended its opening hours. Open to the public Monday to Friday, 8am to 4.30pm, the clinic will now be open on Saturdays, Sunday and public holidays. The opening hours will remain the same.

Ward 2 councillor Ramie Xonxa said negotiations with the Department of Health over several months followed a plea from the clinic committee on behalf of the public for easier access to medical help over the weekends.

“Research at the [Cobden Street] Day Hospital showed that most people going there during the weekends are from Joza,” Xonxa told Grocott’s Mail. “At a return fare cost of R20, many people simply don’t get the help they need.”

Nevertheless, a survey had shown that 90% of those using the Day Hospital were from Joza.

Makana clinics supervisor Marilyn Haywood said over the weekend services would be limited. The weekend facility was not intended for routine chronic patient checkups and the dispensary would be closed – although there would be a basic medicine trolley for minor ailments and injuries.

On weekends the clinic would be staffed by one professional nurse, supported by a junior category staff member.

Minor ailments, such as if your child has a temperature, or cuts her foot playing outside, can probably be treated at the clinic; however, staff always undertake a clinical assessment and will refer a patient to hospital if necessary.

“Of course we will always have security staff,” Haywood said.

On the budget implications of the extended opening hours, Haywood said shift adjustments for existing staff would be made.

Sister-in-charge Eunice Dyantyi said the clinic currently sees 180-200 patients a day. It was hard to predict what the weekend traffic would be. And they ask the public to be patient because there are bound to be teething problems.

“We expect that as at the Day Hospital when it first opened on the weekends, it will start off slowly and pick up as news of the service spreads.”

They would assess whether it was necessary to boost weekend staffing.

In addition to five community health workers, the Joza Clinic has 20 full-time staff including six professional nurses, one staff nurse, one enrolled nursing assistant, a pharmacist, cleaner and data capturer.

Xonxa said a plan to incorporate the old police station premises behind the Joza Clinic, to allow it to expand its facilities, was ready to action.

“Public Works handed over the property to Makana Municipality and all the paperwork has been handed over to the new municipal manager,” Xonxa said. “All that remains is for Council to take a resolution to go ahead with the expansion.”