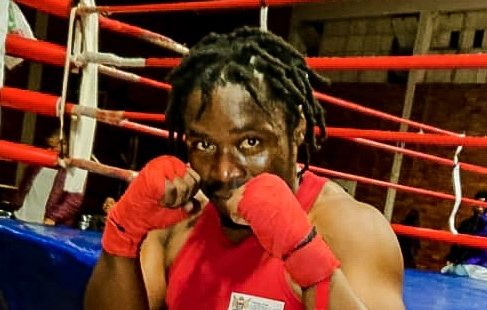 Yondela Masande Norman won the main event of the first ever Rhodes Fight Night on Friday 21 September, and looks to continue dominating in the sport for years to come. Photo: Supplied

A joint athlete in both boxing and Mixed Martial Arts (MMA) since 2012, Norman went into Friday’s event with no previous experience in a competitive boxing ring. This did not stop him from earning his first career win.

Outside of the squared circle, Norman is a keen Mixed Martial Artist, and recently earned his blue belt in Jiu-Jitsu in August. He also competed in the ADCC championships in July where he took home a silver medal in the under 83kg weight division.

The second year MSc Environmental Science student wants to continue with boxing career in the future, hoping to make a professional career out of what he calls his favourite sport.

“I believe sport is a very essential part of life,” said Norman. “Because its benefits go beyond just keeping fit. Sport instills a sense of discipline and helps cultivate mental strength that can serve an athlete in all parts of their lives,” he said. Norman also believes in the stress-relieving properties of sport.