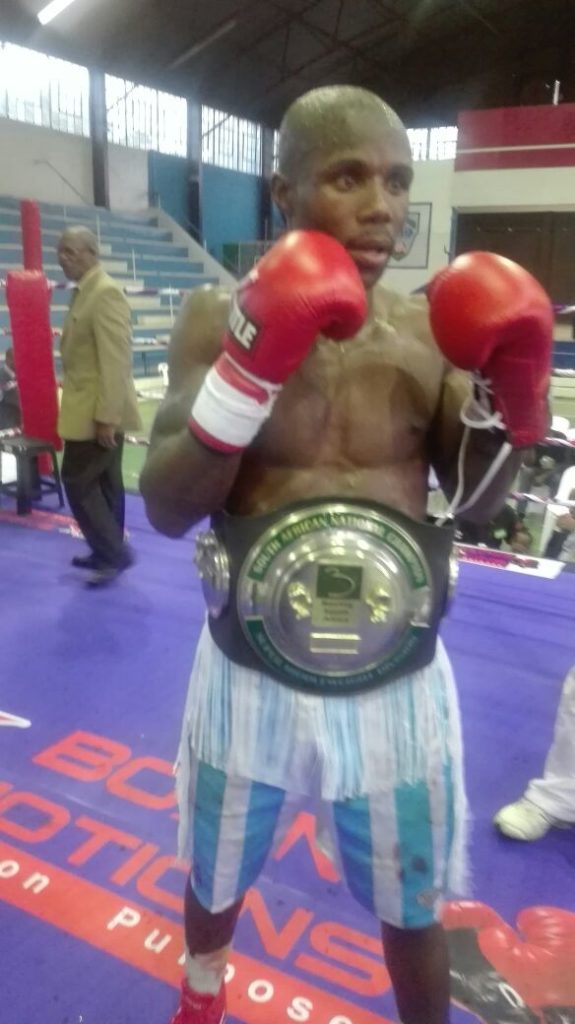 Local boxing superstar, Mzoxolo “Black Tiger” Ndwayana, has once again put Grahamstown (Makhanda) on the map. Ndwayana exchaged leather with Gauteng’s Sean Ness at the Portuguese Hall, just south of Johannesburg, Gauteng, to claim the South African Welterweight title with the knockout in the eighth round.

Ndwayana admited that Ness was a very tough opponent who made it very difficult for him. “This fight was difficult and Sean is a strong fighter but I knew that if I kept on working hard he would eventually give in,” said Ndwayana. “I caught him with some very good punches and I saw that he was ready to go down and when he finally went down I was so excited. This is a result of the of the hard work I always put at training.”

“I would like to thank the people of Grahamstown for all their support and prayers and this one is for them,” said Ndwayana. Black Tiger’s management will sit down and decide on his next move and the sky seems to be the only limit for him.