Daring Davids excited ahead of tour 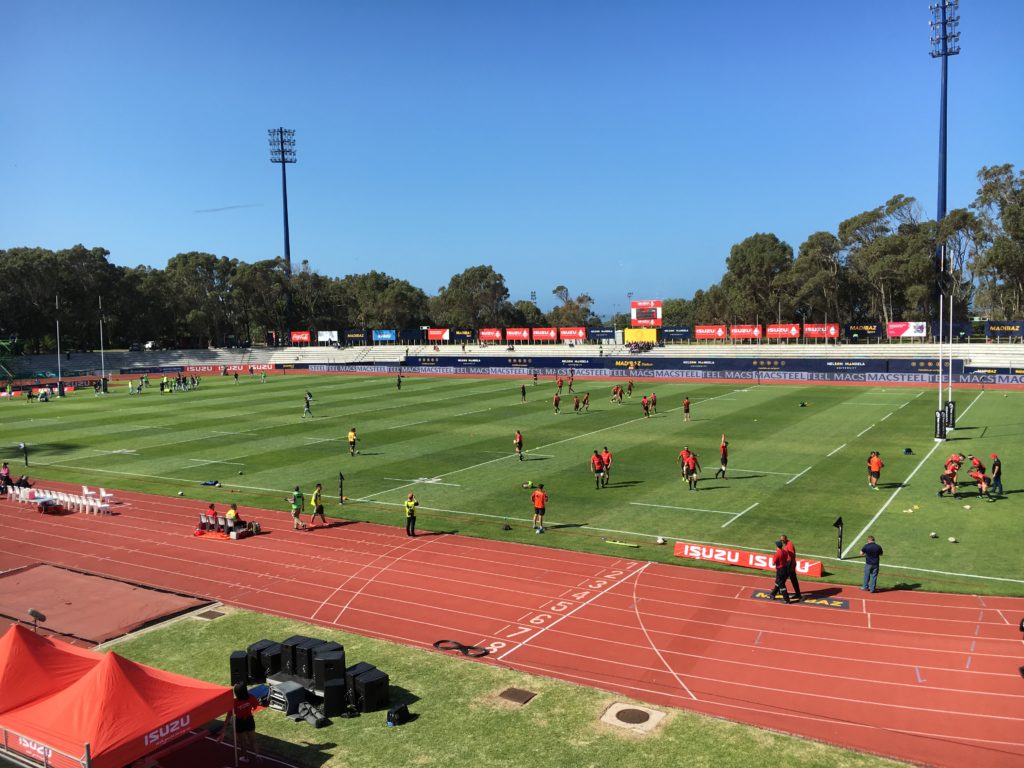 Deon Davids is relishing his Southern Kings side’s Pro14 challenge after earning a valuable 38-28 victory over the Glasgow Warriors at the Madibaz Stadium in Port Elizabeth on Saturday.

The win was the Kings’ first of the new season and just their second in the competition overall. The result also handed Dave Rennie’s Warriors their first loss of the new campaign, having won all three of their previous encounters.

The Port Elizabethans scored three converted tries and a penalty to head into the break with a commanding 24-0 lead. Davids reflected on that powerful start.

“We just built momentum; there was a lot of energy and focus. I was very happy with the way we used the ball in the first-half and stuck to our structures. That created a lot of opportunities.

“The guys scored some excellent tries. If we can keep focusing on the lessons of today’s game and build on that [then]we can still put up some good performances [in their remaining fixtures].”

Davids was quick to heap praise on Rennie and his team, branding them as title-contenders.

“If you’d asked me couple of weeks ago about our chances, I wouldn’t have guessed that this would happen. Obviously, they are one of the best teams in the competition; we’ve seen them beat Munster [and the like]. Our guys must understand that this was a big performance from them today.”

Saturday also marked a return to action for industrious flanker CJ Velleman after the talented 23-year-old finally recovered from two severe knee injuries that had kept him side-lined for the better part of two years.

“It was fantastic; I was so happy and excited for him,” said Davids. “He just does double the amount of things as anyone else. It’s fantastic to have him back and ready for the tour.”

The Kings will regroup before making the journey on Tuesday to Wales to take on the Scarlets, before coming up against Benetton Treviso in Italy a week later. Ahead of the tour, Davids remarked that his charges will take heart from their encouraging display against Glasgow.

“We’re going to take it game by game. It’s a tough programme. We need to ensure that everything on and off the field is carefully planned, but we will believe that we can get results on the tour.”