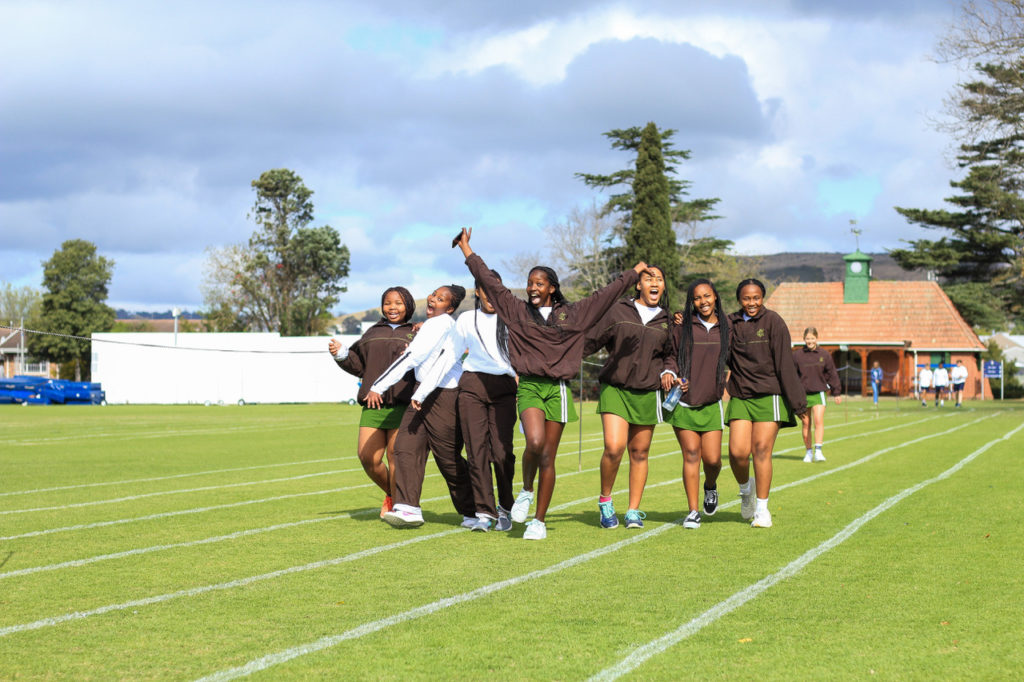 St Andrew’s College hosted their annual 24 4 Smiley fund-raising event over the weekend of Saturday 15 and Sunday 16 September. The event, organised by the St Andrew’s College Community Engagement Committee, was held in honour of St Andrew’s student, Stuart “Smiley” Van Oldenborgh, who was tragically killed in an aircraft accident in his Grade 9 year (2011).

Twenty-for for Smiley is also in fond memory of those boys who died during their time at St Andrew’s and has also become an event in which people celebrate the lives of the people whom they have lost.

Over the course of 24 hours, students and members of the community took part in a non-stop run/walk in order to raise funds for the St Andrew’s College Community Engagement Committee. While participants continued to run or walk around St Andrew’s Lower field throughout the day, other students had set up a refreshments table, which took donations and sold refreshments on the side of the field, as part of the fund-raising initiative.

About 500 Shirts were sold for the fundraiser. This year the funds will be directed towards exciting community engagement projects, one of these projects will be with Child Welfare. Both St Andrew’s College and Diocesan School for Girls pupils took a moment to celebrate Smiley’s life.

Bryce Putzier a Grade 8 learner at St Andrew’s walked almost 80km over the 24 hours. Richard Morris a Grade 10 pupils from Graham House, the same house Smiley was in, walked from Saturday morning at 10am through to Sunday morning at 10am, joined by Lulo Mfaba, Brad Barrow and Julian Walsh they braved the coldness of the night, wrapped in blankets they continued walking throughout the night.

“A huge thank you to the Grade 11 organising committee for their commitment and hard work as well as all the staff who braved the freezing cold to help supervise the 24 hours event,” said Ncumisa Mzaza, Community Engagement Officer at St Andrew’s.

There was a constant presence of walkers/runners from Saturday morning 10:00 all the way through to Sunday 10:00.

Over R85 000 was raised through the selling of T-shirts and the entrance fee for taking part in the 24 4 Smiley event.