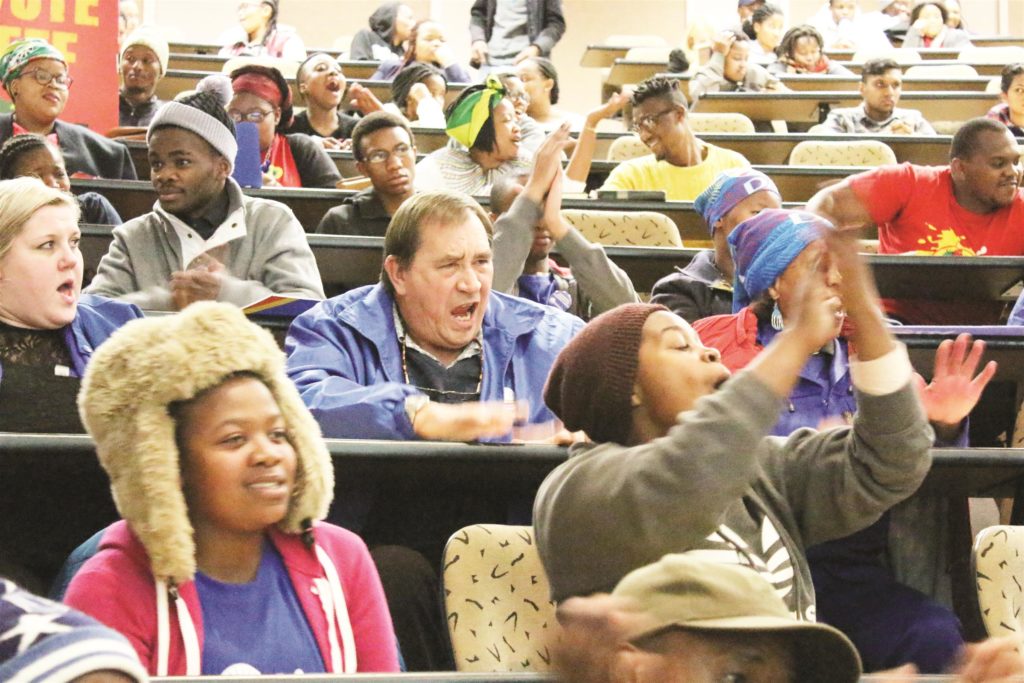 The 2019 national elections are expected to be held towards the middle of 2019 and to help Makana voters decide where to put their X on the big day, four local media organisations have teamed up with the Rhodes Politics Department in a series of studio panel discussion and live debates.

Grocott’s Mail, Radio Grahamstown, RMR and the Rhodes School of Journalism and Media Studies and Department of Political and International Studies are partners in #TheDebate2019.

With the aim of encouraging informed participation in the 2019 national elections, expert speakers will present on the big national issues of Land; Education; Economy; Health and Safety and Security. In each debate of the series, after the panel’s opening presentation and debate, we’ll invite participation from the audience.

As with our 2016 Election Connection local government election debates, #TheDebate2019 will take place in various public venues across Makana. And as in 2016, we expect lively and enthusiastic participation from residents.

The mid-month debates start in the Albany Recreation Hall at 6pm on Wednesday 19 September with the topic: ‘Makana: should residents withhold rates?’. Rates and constitutional responsibilities are the local starting point for a discussion about governance, intergovernmental relations, service delivery and accountability.

As with the 2016 debates, #TheDebate2019 will be recorded, edited and broadcast. The debate on Wednesday 19 September will be broadcast live on RMR. Panellists include a senior Makana official; PSAM (the Public service Accountability Monitor) and citizen group the GRA.

The next debate will be on 17 October, with a focus on youth wellness as the starting point for a discussion on how well our health policies are working in practice. Crime and safety are always on residents’ minds and the last debate topic of 2018, on 21 November, is safety and security.

The themes of Land, Education and the Economy follow in 2019, in the final countdown to the national elections.

Make your mark – join the debate!

THE RATES DEBATE – SOME BACKGROUND READING: