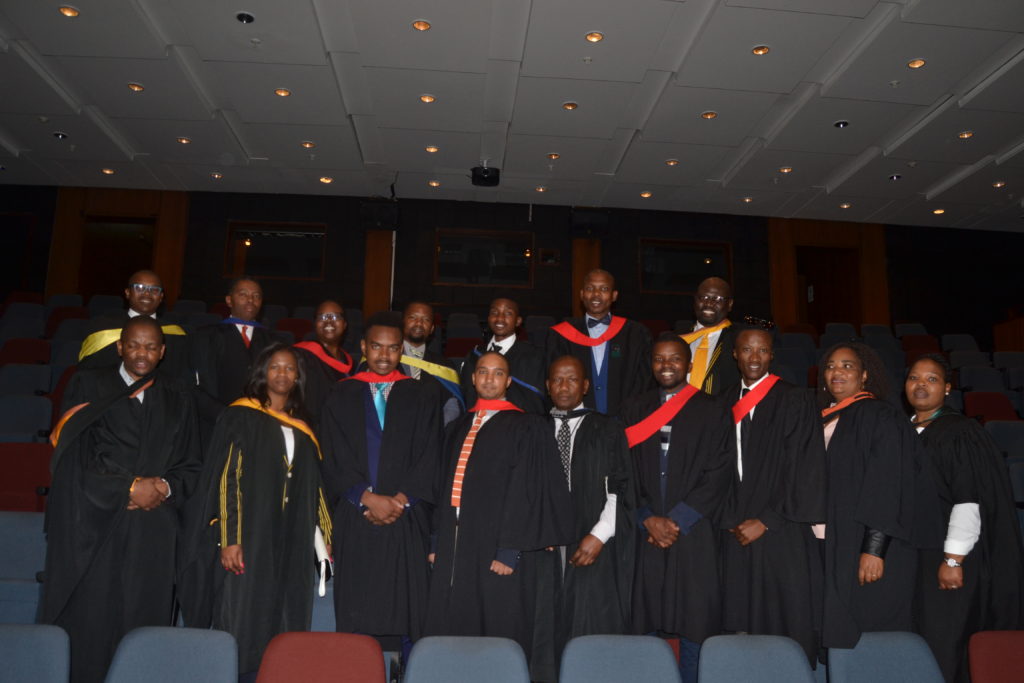 Eastcape Midlands TVET College (EMC) hosted a number of students who obtained their academic
qualifications at the Certificate and Diploma Ceremony for the year 2017.

The Grahamstown campus, School of Business &amp; Art and Social Sciences Certificates and Diploma
ceremony was held on Friday, 31 August 2018 at the Grahamstown Monument.

The Principal, Mr. Charl van Heerden and Acting Governing Council Chairperson, Dr. Lulamile Hanabe
handed over and conferred the Diplomas and Certificates at this ceremony on Friday.

In the words of our Principal, Mr van Heerden “A graduation is a result and outcome of hard work and
dedication. A milestone in the life of a student, if you are here today, you demonstrated that you are not
the kind of person that are going to sit back and let life happen but that you are going to make it happen.
You have chosen to take charge of your destiny.”

One student from this campus, Litakazi Rose Matikinca received one of the five prestigious Principal’s
Medallion Awards this year. She obtained an average of 83% over her period of study in the School of Art
and Social Sciences in 2017.

The Principal’s Award is awarded to only one student of each School of study, who has obtained an
average of 75% throughout their studies, and has been an exemplary student, abiding to the College’s
Code of Conduct.

The campus has also awarded one more special certificate to Phumelela Mjuku, who obtained 85% in
Applied Accounting Level 4. The National Top Achievers Award is awarded to students who have, per
internal criteria and per subject, achieved 75% or higher, thus placing them in the top ten in the country.

The speech by our guest speaker, Mrs Madeleine Schoeman, the principal at Ntsika High School was well
received by the audience as she is also an academic who is passionate about a child’s success. The motto
she lives by, “umntu ngumntu ngabantu” is evident in the fact that she gets a personal reward within
herself, knowing she has made a difference in someone’s life and has instilled hope into a young mind.