Local LFA pre-season off to a flyer 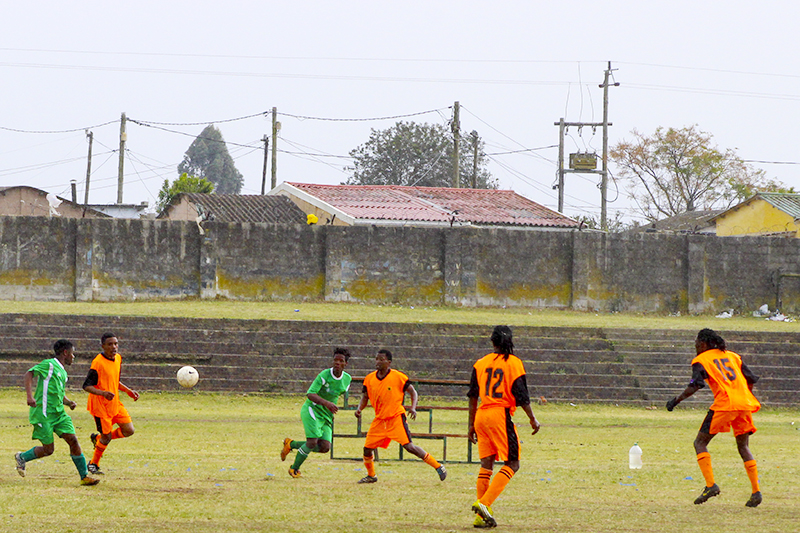 The extremely cold weather kept football lovers indoors on Sunday 26 August, but the few that turned up were treated to some great action at JD Dlepu. The Makana LFA Top 8 pre-season tournament promised to be an exciting set of fixtures.

One of the games that got the few football lovers excited was Jacaranda Aces versus Newseekers. The game started very well with both teams looking for that early advantage, but both sets of strikers were very wasteful in front of goal. Aces opened the scoring after some neat play that started in the middle of the park. Newseekers tried to fight back but poor finishing let them down, resulting in Aces leading 1-0 at halftime.

Both teams threw everything at each other in the second half but still could not make use of the chances they created. Jacaranda took their feet off the peddle, inviting Newseekers to attack. Newseekers got numerous one on one chances with the Aces’ goalkeeper, but failed to score.

Newseekers were then awarded a penalty after an Aces player handled the ball inside the box. They converted spot kick levelled the scores and both teams now pushed hard for a winner.  But it was too little too late. The game was decided on penalties, with Jacaranda Aces winning 5-3.

The semi final games will take place on Saturday 1 September, at 1pm and 3pm respectively, with the final taking place on Sunday 2 September at 13pm in the same JD Dlepu stadium.