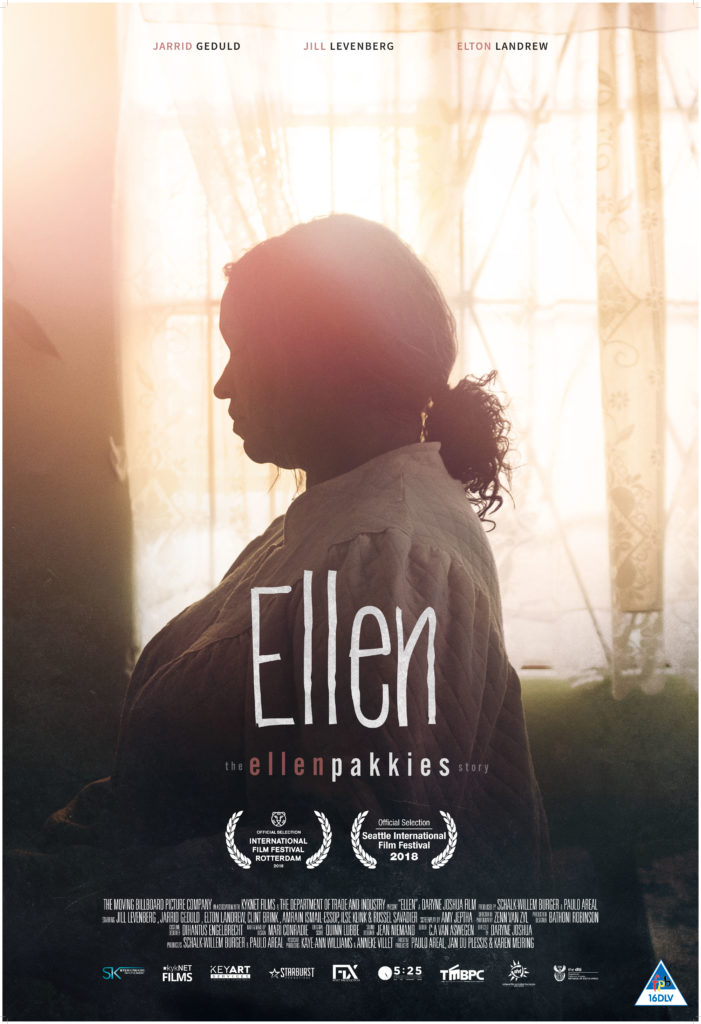 The gripping crime drama of Ellen Pakkies’s life, which will be released in local cinemas soon, was honoured with three big awards at the annual kykNET Silwerskerm Festival last weekend.

Jill Levenberg (Genadekans, Noem my Skollie, Suidooster), who plays the role of Ellen – a mother who killed her drug-addicted son out of sheer desperation, won Best Actress. Jarrid Geduld (A Lucky Man, A Boy Called Twist, Black Sails), who stars as the troubled Abie Pakkies, was awarded Best Actor for his efforts.

“There are no words to describe how I feel. Thank you to M-Net, kykNET, Silwerskermfees and everyone involved in this film. Thank you to Aunty Ellen for being so brave to share her story with the world. When we are transparent we facilitate mutual healing. Please support the film when it releases in cinemas on 7 September 2018. The international community is recognizing our work, but we need the South African public behind us”, says Jill Levenberg.

Jarrid Geduld says: “I feel incredibly proud to be given this award. My spirit feels lifted. My soul is grounded. I can only thank God for choosing me to be on this journey”.

Amy Jephta walked away with the Best Script Award and the film also received various other nominations at the festival. ELLEN, THE ELLEN PAKKIES STORY was produced under the watchful eye of acclaimed director, Daryne Joshua (Noem My Skollie), in association with producers, Schalk-Willem Burger and Paulo Areal, with input from Ellen Pakkies herself.

ELLEN, THE ELLEN PAKKIES STORY, is already a hit with overseas audiences and was showcased at the Rotterdam International Film Festival, as well as the 44th annual Seattle International Film Festival (SIFF) in America. The film delves into the inner psyche of a family ravaged by drugs in one of the most dangerous communities in South Africa. The scourge extends beyond the Cape Flats and highlights a systematic failure to protect the poorest of the poor.

This film was produced in collaboration with M-Net, kykNET Films, the Department of Trade and Industry (DTI) and The Moving Billboard Picture Company. It will start showing countrywide from 7 September.