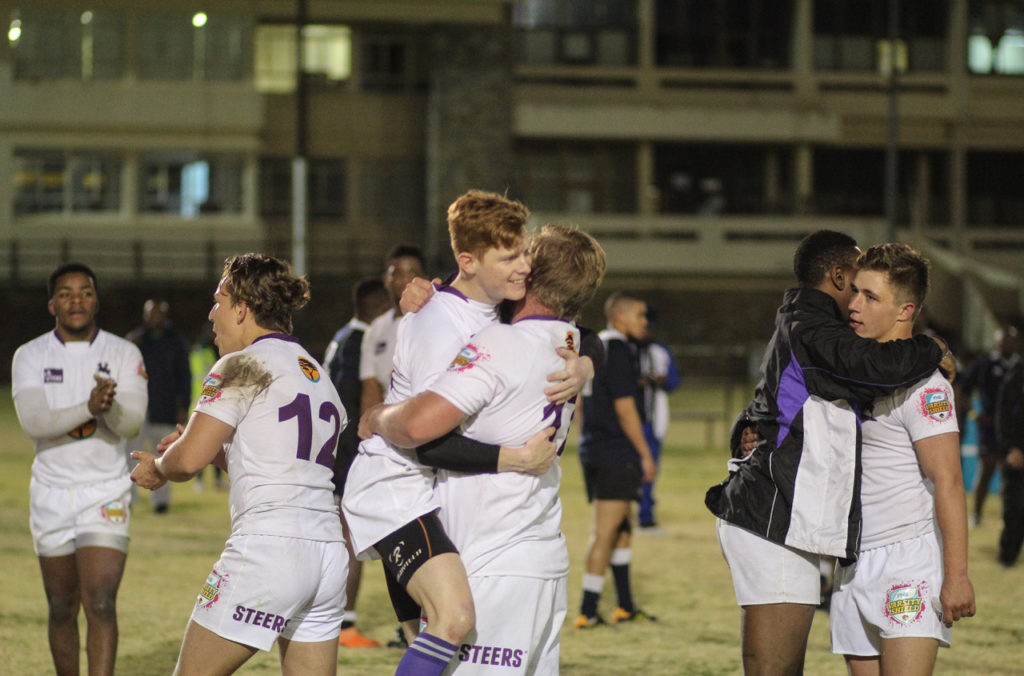 After a disappointing season for Rhodes Rugby, they managed to duck relegation from the Varsity Shield on Monday 20 August, when they beat University of Zululand 44-5 at Rhodes University Great Field.

Rhodes started showing their dominance from the first touch. Rhodes full back, Zuko Zote knocked the ball on, right before the try line, giving the visitors a chance to clear the ball from their side. However, from that scrum, Rhodes’ eighth man, Ukhanyo Charles, scored his first try, taking the hosts to a 5-0 lead. Aviwe Ntutu failed to secure the conversion.

Rhodes managed to maintain their dominance as they pushed for more tries to extend the lead. Their right wing, Cameron Libera, did just that, after he scored the second try of the match. Ntutu failed to secure the conversion again, taking the hosts to a 10-0 lead early in the match.

After the strategy break, the visitors attacked, trying to catch up with Rhodes’ score, but Rhodes kept it tight and again managed to get the ball in their hands. They looked hungry to score more tries. From an incredible assist by flanker, Ongeziwe Shumi, Rhodes wing Justin Bendeman dove behind the try line with Ntutu securing his first conversion. This took the hosts to a halftime 18-0 lead.

In the second half, Rhodes started where they left off and continued attacking. They received a penalty, which was secured by Ntutu, further extending their lead. Fans were happy and singing – giving the purple army more energy to get more tries. Charles made an exceptional run and scored his second try after the ball was kicked from the right-hand side, with Ntutu securing the conversion.

The hosts kept showing their dominance. They played the ball close to the try line, which gave Bendeman a chance to score his second try of the match. Ntutu had found his kicking form, scoring his fourth successive conversion, and taking Rhodes to a lead of 37-0.

However, the visitors finally got a chance to put their name on the scoreboard when their flyhalf, Siphesihle Mhlamvu, made an exceptional run from the centre passing through Rhodes’ backline and laying behind the try line. The conversion was missed.

Rhodes scored their last try through Ryan Horne, crossed over the line from five meters out, allowing Ntutu to kick the last points of the match.

After the victory, Rhodes coach Carlos Katywa, said, “despite the lack of full support from the university and lack of commitment from some players, the boys managed to dodge the relegation.” He added, “patience is a virtue. The supporters need to be patient because Rhodes is still new in the Varsity Shield. If both players and the university at large could give out full commitment, and then everything else will fall into place.”

Narrow win for OC against Tigers

Hard-fought win for Alex against PJ