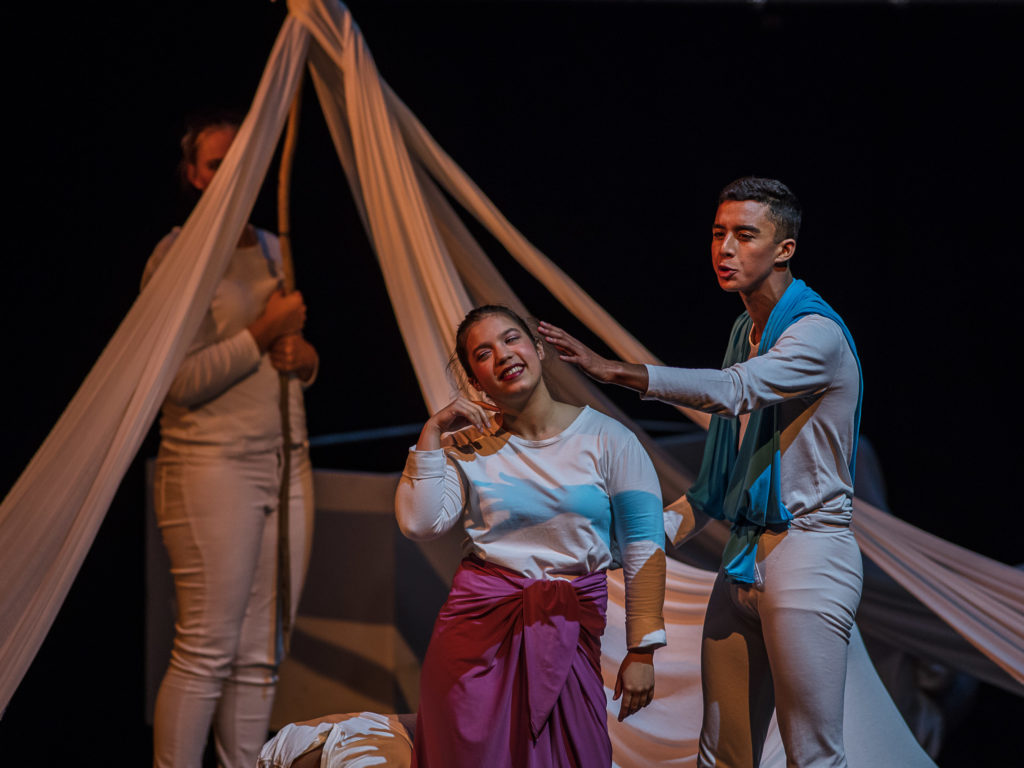 After a hugely successful start at the Artscape and Baxter  Theatres in April and May 2018, the Shakespeare School Festival (SSF), now in its 8th year, continues to roll out nationally from 22 August, beginning in Grahamstown and ending in Bloemfontein in October.

The Shakespeare Schools Festival South Africa (SSFSA) is an education program aimed at improving language and social skills through the Performing Arts. It is Educape’s flagship initiative that was launched in 2010 by Kseniya Filinova-Bruton with the objective of strengthening the link between the arts and education. Since inception, the SSFSA has grown from an event that attracted a mere 20 learners to a project drawing more than 2000 youth across the Western Cape, Gauteng, Kwa-Zulu Natal and the Eastern Cape. Internationally, the initiative kicked off for the first time in Russia earlier this year.

Staging a Shakespeare play in a professional theatre is a challenge for young Learners, one that they clearly relish, and the SSFSA is an ideal way for youngsters to explore their acting prowess and theatrical potential in a fun, developmental way, simultaneously making their theatre debuts on professional stages in a non-competitive environment. The SSFSA is fully interactive  and provides guidance and the resources through the writing of scripts, training, staging, technical, rehearsals and the post production feedback that equips Learners and Educators to successfully direct and perform their Shakespearean plays from the delivery of the first line to the final bow.

Participating schools prepare and perform 30-minute abridged versions of the Shakespearean plays, using creative and artistic license to produce some of the most innovative amateur dramatic work ever seen on local stages.  Ground breaking performances thus far have come from the De La Bat School for the Deaf with their moving version of Romeo and Juliet in South African sign language (SASL) and the Pioneer School for the blind and visually impaired. Special needs Schools participating in other provinces include the Adelaide Tambo School in Soweto and the Elandspark School.

Says Festival Managing and Creative Director Kseniya Filinova-Bruton,. “Year after year it’s been incredible to see the amazing, creative interpretations of Shakespeare’s works by Learners. Mastering the skill to perform the Bard’s plays is no mean feat – if you can conquer Shakespeare, you can overcome many other challenges – all that’s needed is enthusiasm!”

Performances are open to the public and for more detailed venue and booking info please email info@educape.co.za ends