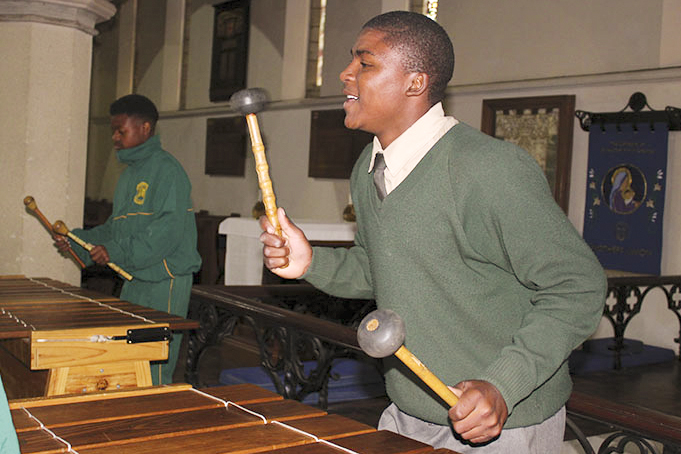 “I am so happy that they won because our school is a special school and winning in such competitions is an achievement for our learners. It boosts their confidence and motivates them to do more,” said Pincipal, Linda Ngamlana. It was the second time the school had entered. Last year they were not as successful. Ngamlana believes that this achievement is great for the reputation of the school. The festival features 250 live performances plus 90 different workshops covering different musical disciplines. This year’s festival was in celebration of the late Nelson Mandela’s centenary year, drawing inspiration from his views on music: “Music is a great blessing. It has the power to elevate and liberate us. It sets people free to dream. It can unite us to sing with one voice. Such is the value of music.” “Another thing to learn about playing in a marimba band is discipline: the moment you don’t go to school, you are literally left out,” said band member, Asemahle Qoloshe. The main competition is divided into various age groups and categories and sees continuous performances throughout the festival ranging from classical renditions, jazz-influenced arrangements, the traditional music of all cultures, Afro-pop and the best of pop music to date. “The festival is a great experience and exposure for bands like ours,” said another band member, Zothando Duda, who started playing the marimba only this year.

The group is coached by third-year Rhodes University student, Asakhe Cuntsulana, who hopes that Grahamstown people in applauding the band’s achievement will book the group for events in town to help get their name out there. “Playing at the competition shows dedication and their success as the band,” he said.