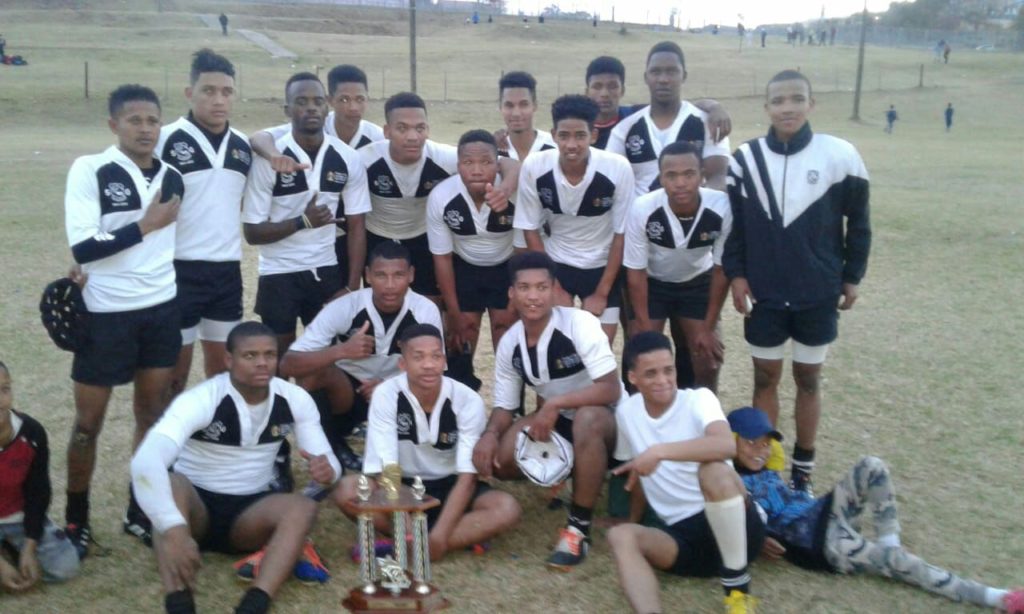 The finals of the 2018 Makana High Schools Rugby League took place at the Oval on 15 August, with Mary Waters (Mawas) making a clean sweep of trophies at U15, U17 and U19.

The Oval ground was well attended and the Mawas teams put on a show for them. The U15 side earned the first trophy of the day, with a convincing 36-14 against Ntsika Secondary School. Mawas U17 then dominated Ntsika 45-0 before the U19 team took Nyaluza and earning a tighter 15-10 victory.

In addition to winning league, the Mary Waters U15 team was a finalist in the Developing School Team of the Year in the Eastern Cape. The Sports and Recreation Achievers Awards will be held today (24 August) at the Boardwalk Hotel in Port Elizabeth.

Tomorrow, (Saturday 25 August) at the Oval, Mary Waters High School will host various U15, U17 and U19 teams for their inaugural Rugby Day. The matches will kick off at 9am, starting with one involving a team of Old Mawarians.

“The idea is to showcase the talent of historically disadvantaged schools and to build rugby relations with all the participating schools.”