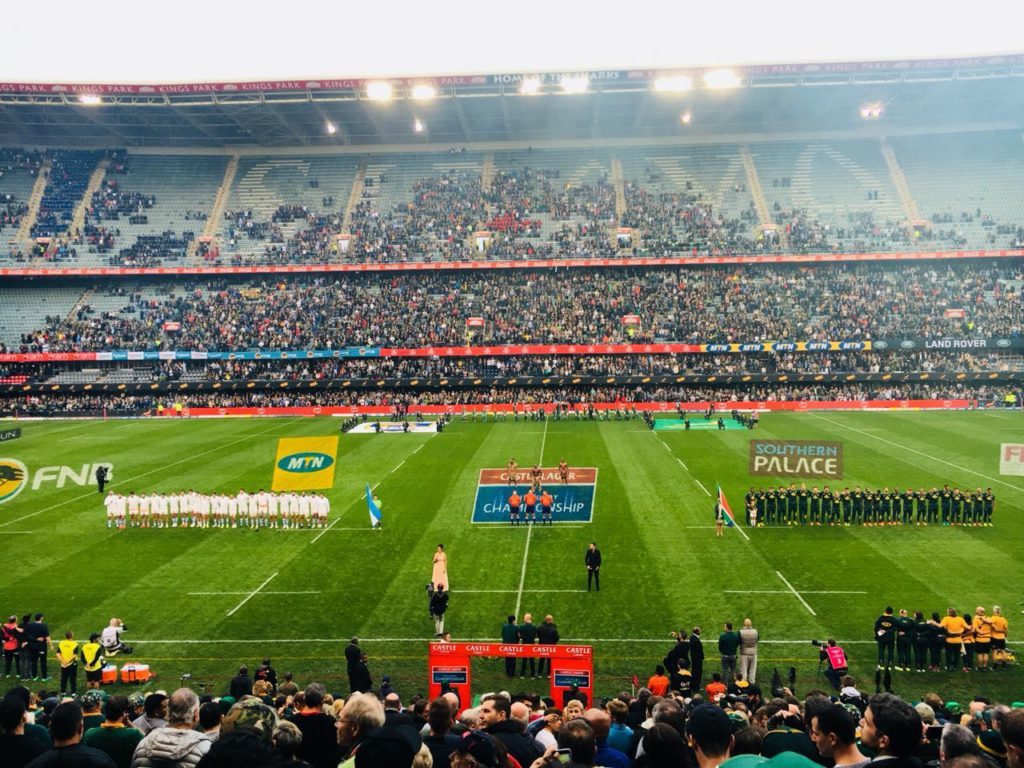 In what was the second Test of the 2018 edition following New Zealand’s 38-13 victory over Australia in Sydney earlier in the day, Rassie Erasmus’ charges earned their third win in five games since his assumption to the role of Springbok head coach.

The Argentines were their typical abrasive selves, but battled to cope with the attacking flair of the hosts late on.

Local Sharks boy Lukhanyo Am broke the deadlock with the first score of the game before Nicholas Sanchez and Pablo Matera hit back against the run of play.

The physical nature of the contest threatened to boil over at times, with the forwards in particular exchanging handbags on several occasions in the opening exchanges.

Another wayward attempt at goal from Pollard, this time from a penalty, meant the sides headed for the shed with the South Americans leading by 14-10.

Mario Ledesma’s tourists struggled to replicate the intensity they displayed in the first forty, and the Boks’ switch to a more expansive attacking approach eventually began to tell.

Three quickfire Bok tries, another to the irrepressible Dyanti and two to another Sharks-man in Makazole Mapimpi, pushed their side out to a commanding lead as the match swung irrevocably in the Bok’s favor.

Matias Moroni intercepted to give the men in blue and white some hope, but another try to Faf de Klerk all but concluded the result.

The Boks will break before prepping for the second Test against Argentina next week at the Estadio Malvinas in Mendoza.