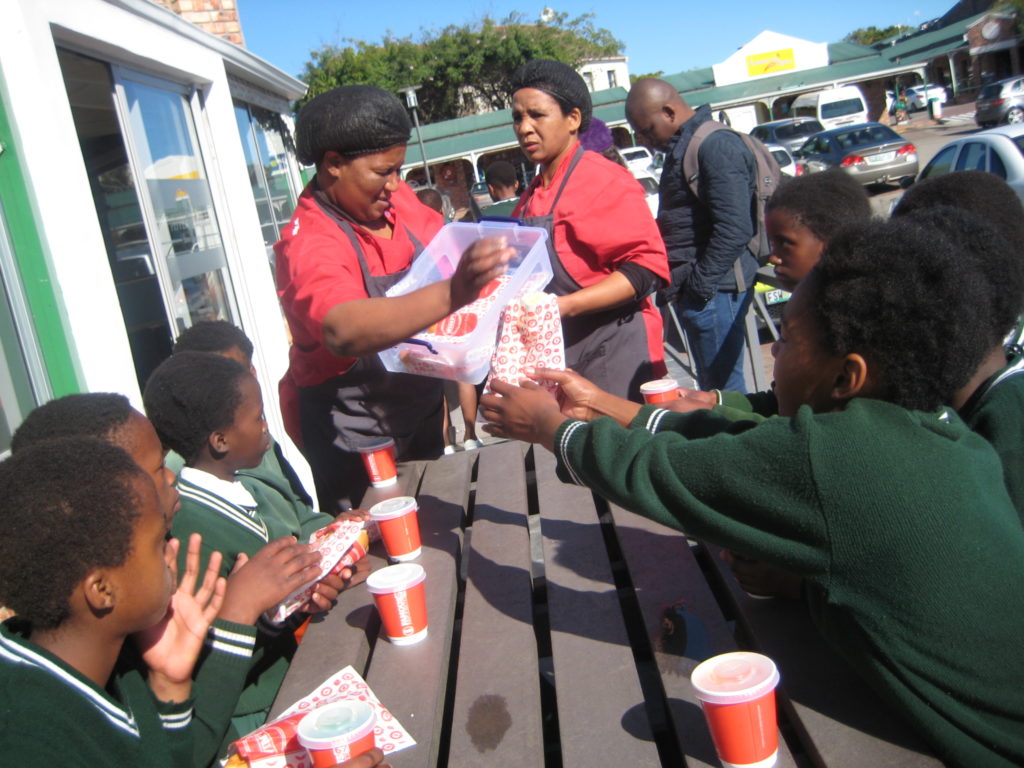 Wimpy Makhanda (Grahamstown) laid out a sumptuous breakfast meal, food parcels and other items for 47 TataMkhulu and MaKhulu from Ethembeni Old Age Home on Monday 6 August.

The group was welcomed by traditional dancers from Fikizolo Lower Primary School who were not dressed for the cold weather, but did not seem to mind, such was their energetic dance routines.

Theresa Searle, manager at Wimpy in Grahamstown, said they wanted to give back to the older residents with the music and dance, as well as a full refund for the money they’d spent on breakfast.

Ethembeni had paid for the meal, but the gogos were joyfully surprised that the money was being returned.  Wimpy had a donation from Sharon Banks from Gary’s Refrigeration, with the Wimpy staff chipping in with cash to purchase toilet paper for Ethembeni. Wimpy’s Searle thanked Tip Top butchery, Mrs Banks, and the farm shop for their generous donations to the old age home.

She said the donations would continue to inspire others who want to assist elderly people in Grahamstown.