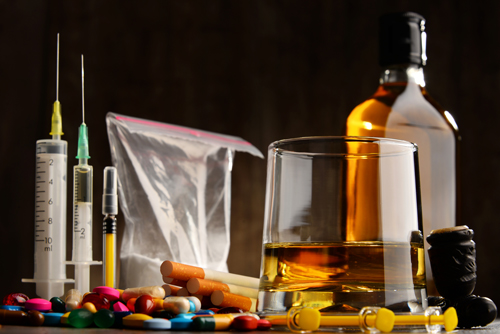 Abuse of alcohol and drugs causes a multi-billion-rand dent in the South African economy every year, but the remedy is stymied by insufficient funding and unwillingness to accept the latest global thinking on treatment of addiction as a medical condition.

Almost 20% of South Africans – one out of every five adults – abuse mind-altering substances, with alcohol, pain-killers (codeine) and dagga the worst offenders, and rising figures of illicit drug use suggest the country is losing the war on drugs.

The annual cost to the country of alcohol abuse alone, in terms of absenteeism, lost productivity, health and welfare costs and alcohol-related crime is estimated at up to 10% of Gross Domestic Product (GDP), or as much as R37.9 billion annually, according to a 2014 study in the South African Medical Journal (SAMJ).

While South Africa has progressive legislation on preventing and treating drug and alcohol dependency, and a comprehensive national Drug Master Plan aligned to the latest strategies endorsed by the World Health Organisation (WHO), implementation is hampered by a lack of funding and “old ideas of treatment”, says Dr Eugene Allers, a member of the South African Society of Psychiatrists (SASOP).

He said the outmoded approach to treatment of substance abuse, focused on social rehabilitation and encouragement of abstinence and behaviour change, had been replaced by the view that addiction is a medical condition requiring multi-disciplinary interventions.

“Sobriety is no longer considered the only measure of success, rather the ability of the patient to be free of illicit drugs, and functional,” Allers said.

Substance abuse and mental illness are closely related, he said, with one often leading to the other.

“Accompanying psychiatric disorders need to be treated along with the substance abuse issue to ensure a good outcome. Although access to treatment has improved over the past few years, funding for the treatment is still highly problematic, especially for medically-assisted treatment,” he said.

Allers says government’s latest legislation on prevention and treatment of drug and alcohol abuse, together with the national Drug Master Plan, is comprehensive and progressive, crossing boundaries of government departments and professional disciplines to address the issue from multiple perspectives – social, medical, criminal, psychological.

However, without sufficient funding by both the State and private healthcare providers, and acceptance of a medical approach to treatment, they lack the power to significantly address substance abuse in South Africa.

A lack of recent and comprehensive data on the extent and costs of alcohol and substance abuse in South Africa is a further barrier to developing scientific approaches to address the problem, and to monitoring progress.

The most-often cited figures, such as that one in five adults abuse drugs and alcohol, emanate from a 2009 study published in the SAMJ, which in turn was based on research done in 2002-2004, and there has been little in the way of similarly comprehensive studies since then.