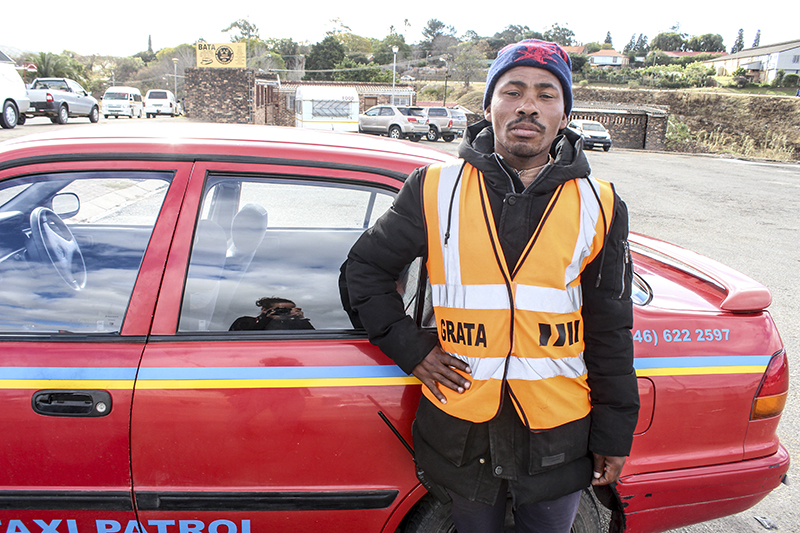 Competing taxi associations Border Alliance (BATA) and Uncedo will meet on Wednesday 15 August to resolve a disagreement over the sharing of stand fees.

A dispute over stand fees (the duty payable to the rank management once your taxi is full and ready to leave) has seen Uncedo up and go from BATA’s long-distance car rank in Link Street and establish their own loading area for vehicles to Fort Beaufort, King William’s Town and Peddie, less than 500 metres up the road.

Border Alliance and Uncedo are the main taxi operators in Grahamstown (Makhanda). Each has its own rank, and they share four others, along with other less dominant operators.

Uncedo’s home rank is in Dr Jacob Zuma Drive opposite Fikizolo Primary School. BATA’s rank is in Link Street, opposite the Engen garage in Beaufort Street. Both use the main municipality managed Queen Street rank, along with privately owned land behind Shoprite and four allocated parking bays in front of Checkers in High Street. The ‘Avanza’ rank for vehicles travelling to Port Elizabeth is a section of Beaufort Street close to the Hill Street corner.

The dispute is about BATA’s Link Street rank. Both Uncedo and BATA were using it to load long-distance taxis to Fort Beaufort, King William’s Town and Peddie. Loaded taxis pay a stand fee of between R15 and R20 before they set off – effective rental for the space they’ve occupied to load passengers.

Because BATA operates the Link Street rank, their marshall collects this fee and it goes to the association. Uncedo believes they’re entitled to a share of that income.

Chairperson Monde Sandi said at issue was that many of their drivers and owners were paying stand fees to the BATA marshall – yet Uncedo was receiving no share of that.

Uncedo long-distance taxis now line up in Beaufort Street opposite the Total garage, less than half a kilometre from the BATA rank – and BATA says that’s too close.

Chairperson Dole Kondile explained to Grocott’s Mail that the fee-sharing principle had its origins in a decade-old agreement.

“A long time ago we had separate ranks for those long-distance trips,” Kondile said. Then we joined for those trips. If we each had a car going to PE with two passengers in each, we would send one car to PE and share the money.”

But times had changed. There were more passengers and vehicles filled up more quickly.

“Now we offload to PE ourselves,” Kondile said.

Kondile said BATA paid the lease, water, electricity and marshalls for the Link Street rank and that was why they’d refused Uncedo’s request to share the stand fee.

“The next day they removed their cars and made that other rank there,” he said, pointing up the road. “That’s too close.”

He confirmed the associations would meet on 15 August to attempt to resolve the dispute.