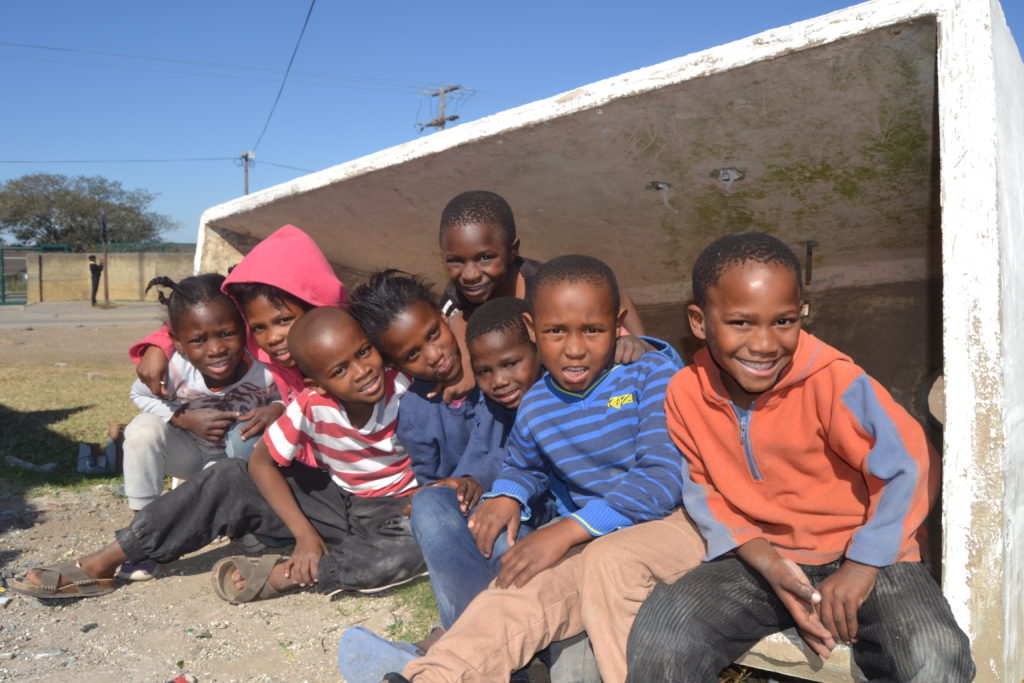 Kids from Joza Location in Grahamstown (Makhanda) pose for the camera at eMaxhekwazini. Photo: Azlan Makalima

On Saturday 4 August, Grocott’s Mail hosted its first ever community photo walk at the Joza Youth Hub. Local high school pupils, community members, and NGO staff joined the Grocott’s team for a photography workshop and walk through the community. The event was in partnership with The Stand newspaper in Syracuse, New York.

In March of this year we announced an exciting partnership with The Stand, as part of the ‘Your Town, Our Town’ media exchange project. The project works to connect two distant communities by sharing stories and photographs.

The Stand hosted their annual photo walk on 28 July and collected a beautiful selection of images taken by local community members. Earlier this year, The Stand was awarded the prestigious Finding Common Ground grant for the event, which serves as a way to bring together members of the Syracuse Southside community.

Grocott’s Mail will be featuring some of these images in due course. Similarly, the images from our photo walk will be featured by The Stand, as well as on exhibition at Syracuse University’s Newhouse School of Public Communications. Grocott’s Mail plans to host a formal exhibition of the locally taken photographs in September.

Grocott’s would like to thank Pick n Pay for their generous donation of food and drinks for the photo walk, as well as James Fowler, a Rhodes University photojournalism student, for leading the photography workshop.

The event was attended by more than 30 pupils from Nombulelo and Ntsika secondary schools. They led the way on the community walk, taking non-stop photographs of their community, their friends and themselves. The goal of the photo walk was to empower young people to take control of the way their community is represented. It is the hope that one day these learners can Google their home communities and see photographs that they have taken, versus generic stock images of RDP houses.

Most of the pupils did not have cellphones, but courtesy of the Rhodes School of Journalism and Media Studies, we were able to loan out four tablet devices for learners to share on the walk. By the end of the event, we had collected hundreds of photos!

Kjetil Torp, Project Coordinator for the Village Scribe Association (Awarenet), is based at the Hub, and joined us for the event.

“The colours of the grey streets of Joza came alive for staff and community members of [the]Joza Youth Hub who took part in the Grocott’s Photo Walk.”, he said.

“We saw everything we usually see in the streets of Joza but having put on the hat of the photographer it all as by magic suddenly looked different. We saw that a small area in an ordinary township can contain endless variations of life, colour and beauty and that if you look carefully you can capture it in a simple photo.”

Grocott’s Mail hopes to host more events like this in the future, and looks forward to helping further empowering local youth to take control of their own stories and representation in media.