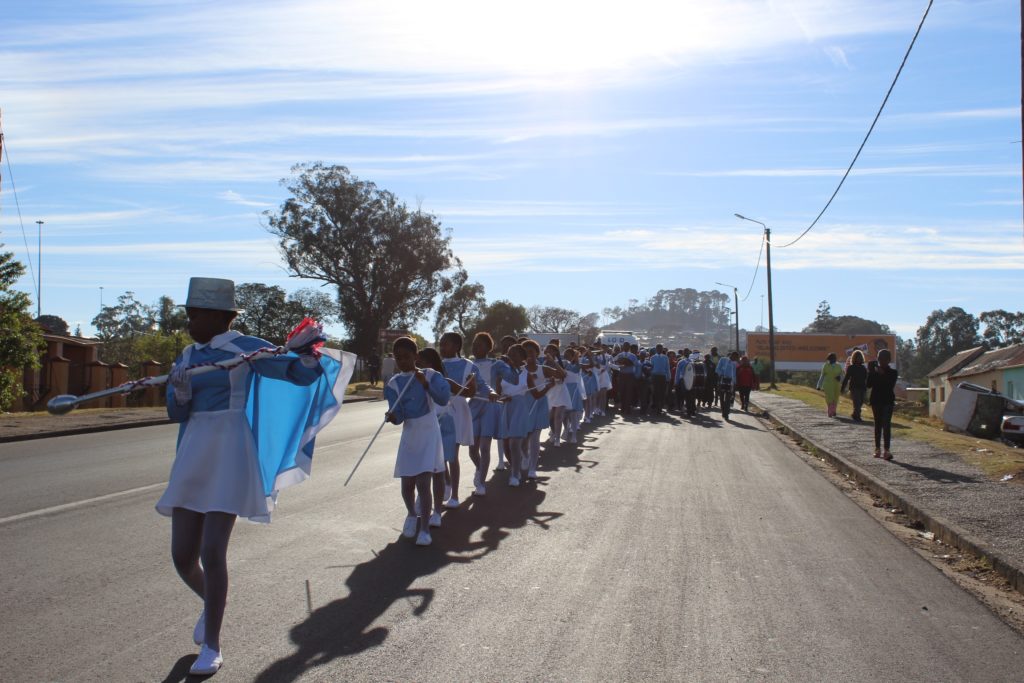 The Archie Mbolekwa Drum Majorettes lead the procession of women in the walk towards Fort England on Thursday 9 August from Fingo Square. Photo: Stephen Kisbey-Green

On Thursday 9 August, recognised as South Africa’s National Women’s Day, a group of local women and other community members took part in a fun walk event, which led them to Fort England Hospital. The group would continue on to play a couple of sports games inside the hospital grounds.

The walk was organised to celebrate all that women do in society, and celebrate women in general. At the same time, the walk, and subsequent events on the day were organised to speak out against gender based violence against abuse.

The event started with a fun walk from Jackie’s shop in Fingo. The fun walk was led by Archie Mbolekwa School Drum Majorettes, from Fingo Square until they reached the Grahamstown Police Station. They were then joined by the SAPS drill squad, which led the walk until Fort England hospital.

At the hospital hall, the crowd was addressed by different speakers about awareness of crimes against women such as domestic violence. Grahamstown Cluster Commander, Brigadier David Kanuka urged women to speak out and report every incident of abuse.

After the addresses the march proceeded to the hospital sports grounds to take part in a number of different fun games and sports games. The event was organised by different stakeholders including government departments and the municipality.