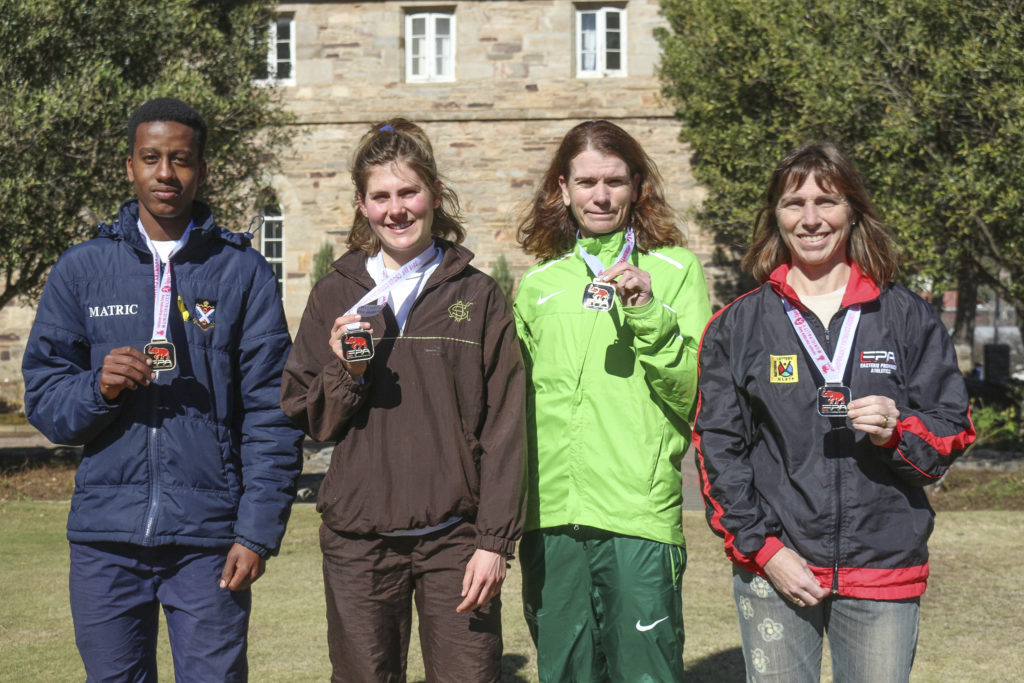 Four local cross country athletes participated in the Eastern Province Cross Country Championships on Saturday 4 August, and they all earned medals in their respective categories. The four athletes represented Grahamstown (Makhanda) as they attempted to qualify for the SA X Country Champs in September.

Rose, who holds the women’s record for the Grahamstown parkrun, was not expecting to finish as well as she did. “Nerves were definitely present as I did not really know what to expect. I was running for sheer enjoyment, and I was not expecting much to be honest, so I was pretty pleased with my result,” said Rose.

Rubombora, another parkrun record holder, felt like an underdog heading into the race, but was pleased with his podium finish. “At the beginning I felt as though I was a bit of an underdog because I was running in the Under 19 category,” said Rubombora,” but as the race proceeded I started gaining positions and [felt]more and more confident about my chance at a medal.”

Penney went into the race having just participated in the half marathon championships a week prior, and felt she could only be able to crack top three. “[I] was aiming for top three,” said Penney, “but [I] really did not expect the win in the vets’ section.”

All four athletes promote running as a healthy lifestyle choice for people who want to get out and be active.

“Cross country is a lot of fun, but it does require you to have strength, speed, endurance and determination,” said Banfield.