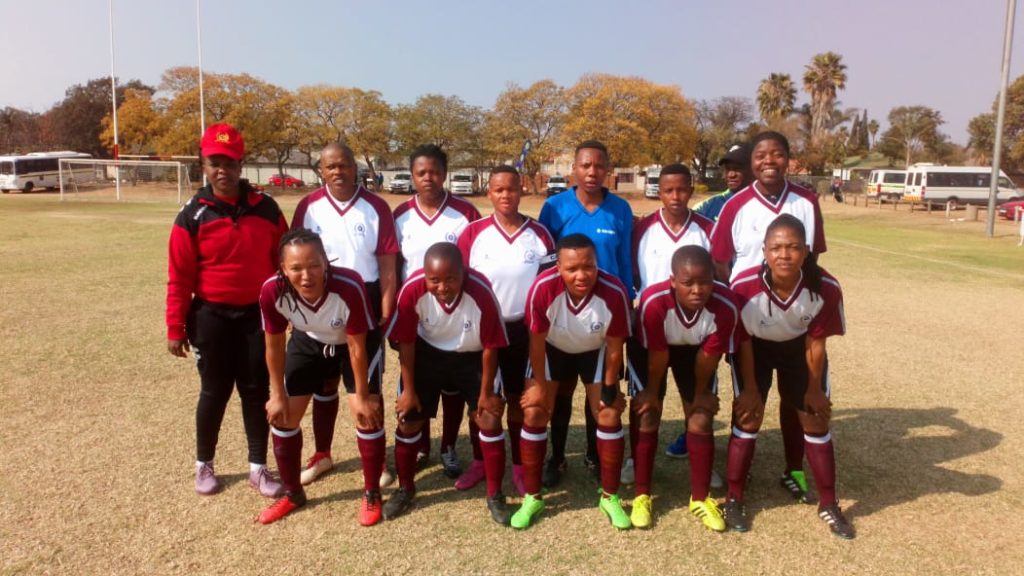 The Eastern Cape ladies Soccer team were in Limpopo this week to take part in the National Championships from Monday 6 August to their final match which was held on Friday 10 August.

Despite losing their opening game against Head Office on Monday, the EC side were not deterred, and pulled off a great 3-2 win against the Free State on Tuesday 7 August. They then face the teams from the Western Cape and Gauging, and managed to qualify for the third place playoff match on Friday.

The Eastern Cape team came up against the team from the Northern Cape in the bronze medal final, which saw both teams fighting for third place. It was the EC Ladies’ day, however, as they romped home in style with a massive 7-1 victory to carry the bronze medals. Constable Ngantweni was named Player of the Match in this decisive victory.

The Provincial Commissioner of the Eastern Cape Province, Lt Gen LE Ntshinga congratulates the Women’s Soccer Team for their achievement and is pleased with the level of commitment, dedication and professionalism they potrayed during the Championships.

“It is indeed heart warming to see our girls shining the Eastern Cape’s flag high at a national level. This achivement shows that our team is growing and is capable to compete with the best of the best in a soccer field nationally,” said Ntshinga. “I thank each and everyone who played a vital role in preparation of this victory including the coaches of the team. The bronze medal is a step in the right direction.”

Previous ArticleNkosiiking: Rapper with a mother’s message
Next Article Joza schools to get Grade R upgrade