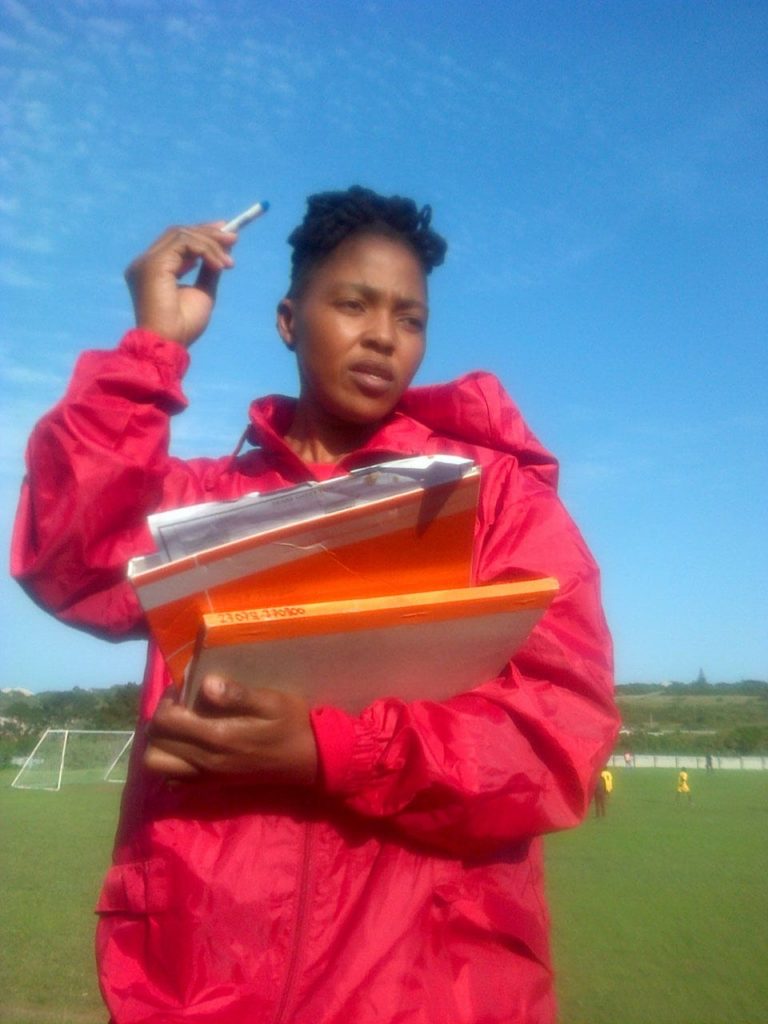 Nwabisa "Lhasie" Tyelbooi ready to tackle the male dominated world of soccer and shine as a star in her own right. Photo: Supplied

Tyelbooi started playing football in 1997 and has never looked back. She started as a right winger, using her pace to terrorise opponents but later changed to a centre foward where she also made a mark. She has scored many important goals in her career and says it would be difficult for her to single out any of them.

“I love football and I have played it for as long as I can remember and it has kept me out of trouble,” said Tyelbooi.

She also had an important message: “I would like all women to play sport and to know that they can play any sport of their choice. Gone are the days when the women’s place was only in the kitchen and I would also like to encourage women to report any kind of abuse and break the silence.”

Tyelbooi is one of many women who are flying the Grahamstown (Makhanda) flag high in sport despite their  humble beginnings. She is living proof that no matter how or where one grew up, through hard work and determination one can become whatever you want to be.

Previous ArticleMakana LFA raring to go
Next Article Marx, Whiteley and Etzebeth back in the Springbok fold