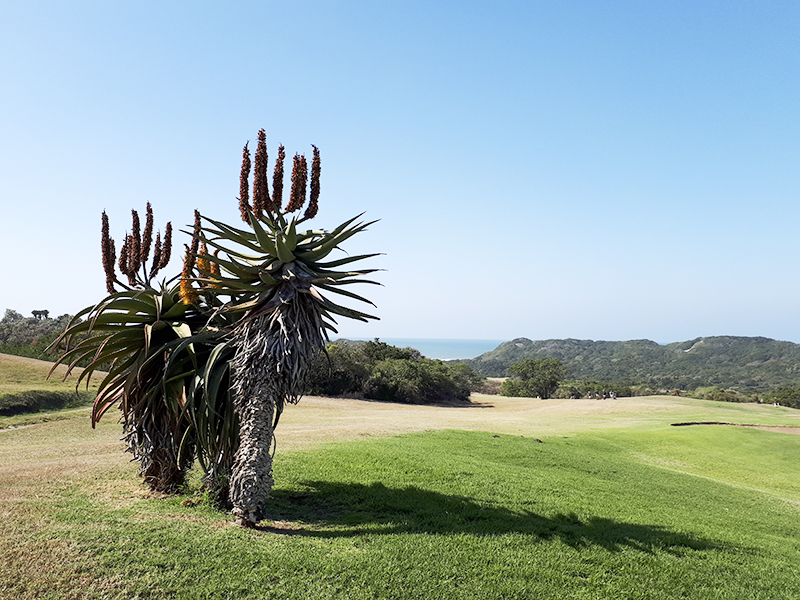 The view from the Fish River resort hotel across the golf course and towards the sea. The photo was taken a day after the Land Claims Court dismissed an application by the Minister of Land Reform and others, challenging the Prudhoe community’s successful claim to 26 farms between the Fish and Mpekweni rivers. Photo: Alex Oosthuizen

The Legal Resources Centre has red-flagged the Minister of Rural Development for opposing the Prudhoe community’s successful land claim that in April awarded them 26 farms east of Port Alfred, between the Fish and Mpekweni rivers. This comes after the Land Claims Court on Friday 3 August dismissed an application for leave to appeal the order and judgment.

The judgment in Mazizini and 2 Others v The Minister of Rural Development and Land Reform and 24 Others was handed down on 11 April 2018 in favour of the Prudhoe community. It was the outcome of a 20-year legal and administrative quest to resolve forced removals carried out under apartheid. The judgment awarded them the restitution of 26 farms – including the land on which the Fish River resort and hotel are located.

The Prudhoe Community lodged their claim in December 1998 in terms of the Restitution of Land Rights Act, claiming restoration of farms between the Fish and Mpekweni rivers from which they were forcibly removed by the Ciskei government during the late 1980s, ostensibly to make way for large-scale agricultural development. They were moved to the Prudhoe farm, where they were provided with a vacant piece of land. The community received no compensation from the former Ciskei government for the land they had lost and were not provided with any assistance to rebuild their lives at Prudhoe farm. The 26 farms they were removed from remains largely unused, save for grazing.

It has taken 20 years for the claim to be determined.

The application for leave to appeal was brought by the Mazizini Community and the Minister of Rural Development and Land Reform. The Prudhoe community, represented by the Legal Resources Centre, opposed the application for leave to appeal. The court refused the applications. Judge AJ Barnes stated that the Mazizini’s contention that the court erred on certain factual findings was misplaced and there was no prospect that any other court would find differently on the facts.

She also dismissed their argument that 55 of the farms over which there was no competing claim had to be awarded to the Mazizini Community, stating that their claim did not meet the threshold requirements of the Restitution of Land Rights Act.

“The Minister also took up the appeal on behalf of a private person having an interest akin to ownership, who had not properly opposed Prudhoe Community’s claim,” the LRC said. “The private person had no title deed and was not living on the land.”

The court dismissed the Minister’s application for leave to appeal, finding that the private person had failed to oppose the claim and that the court was, therefore, entitled to find in favour of the community.

In a media statement, the Legal Resources Centre red-flagged the Minister’s role in last week’s application.

“The Minister’s stance was in direct opposition to the interests of a successful claimant community numbering more than 1000 people, and is disappointing at a time when land reform and transferring land ownership to communities is being touted as a government priority,” the LRC said in their statement.

“One-hundred and nine of the original 124 heads of households have passed away in poverty during the last 20 years, without seeing the outcome their claim,” the LRC said. “For the remaining claimants and their children, the judgment and the subsequent dismissal of the appeal, is the first step in starting to restore the dignity and livelihoods that were lost as a result of the inhumane apartheid-era forced removals.”