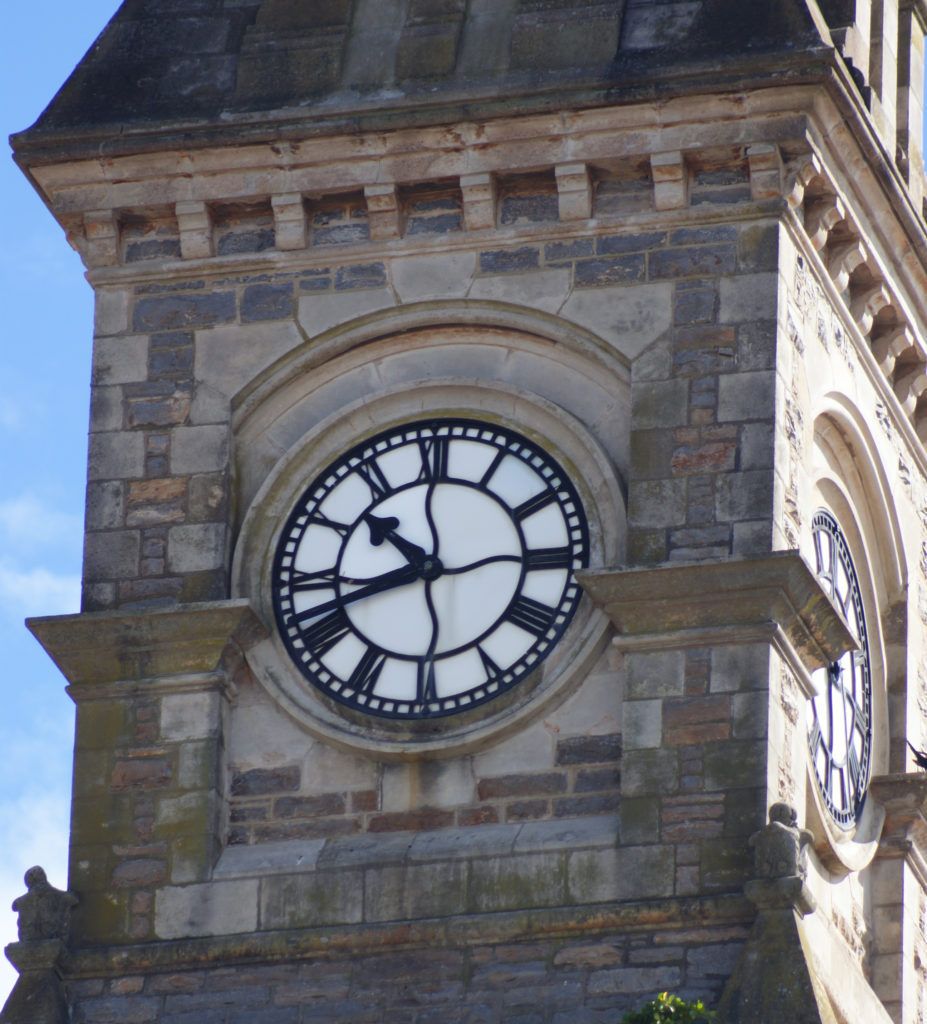 A double challenge to the appointment of Makana’s new manager is gathering momentum less than a week after he occupied his office in the City Hall, with claims that he was “brought” to Makana in a trade-off against expensive litigation. There are fears that questions about the hiring process will frustrate efforts to bring stability to the municipality which has for six years lacked a permanent accounting officer.

Municipal Manager Moppo Mene was setting up introductory briefings with senior staff and giving his first official media conference on Thursday 2 August. Meanwhile, an attorney was giving the DA caucus the opinion that a clear conflict of interest existed when the Co-operative Governance MEC gave the nod to Mene’s appointment. And around the same time, a rival top-three candidate was preparing for a possible court action.

Mene’s lawyers have filed court papers against his previous employer, Chris Hani District Municipality, as well as MEC for Co-operative Governance and Traditional Affairs (Cogta) Fikile Xasa. This is because 10 months after his contract as municipal Manager at CHDM  was renewed by that Council, the MEC stepped in to have it rescinded. The Dispatch reported on this at the time.

Both CHDM and Cogta in the province last week confirmed they had received papers from Mene’s lawyers. Cogta also confirmed that their action against CHDM remained in force, because Mene was still contesting his rescindment there.

Cogta spokesperson Mamnkeli Ngam told Grocott’s Mail, “I can confirm that the MEC served papers on the CHDM on the basis of Mene’s unprocedural appointment. It was unprocedural because in terms of Section 54 of the Systems Act the post is supposed to be advertised nationally.”

Mene, however, asked during this week’s interview about the cases, said his five-year contract at CHDM had expired and was renewed in May 2017 until 2022. This had been done, he said, on the basis of Section 57(6c) of the Municipal Systems Act (which deals with what should happen if there’s a incumbent), subject to the accompanying requirements and documentation.

Mene says the MEC failed to respond within the required 14-day period. “However, after eight months he wrote to say the court had declared the appointment null and void.”

Mene told Grocott’s Mail that CHDM had at first challenged this, then decided instead to dismiss Mene, who now has two pending cases: the first against the MEC for declaring his appointment null and void; the second against CHDM for dismissing him.

This is an ANC hot potato.

Ngam said the MEC’s court action against CHDM remained because Mene was still contesting the rescindment of his appointment there.

Grocott’s Mail asked Mthembu whether pressure had been exerted by the MEC on CHDM to rescind Mene’s renewed appointment, as well as at what stage Mene’s proceedings against CHDM were at. Mthembu said in response to both, “We cannot comment on any element of the case as the matter is sub judice.”

DA caucus leader Mlindi Nhanha believes that the results of the top three candidates’ screening were manipulated to facilitate a trade-off against possible expensive litigation and compensation.

“This is an ANC hot potato,” Nhanha told Grocott’s Mail.

Makana’s DA caucus consulted with lawyers this week and Nhanha says their advice is that the MEC has a conflict of interest.

“We have come to the conclusion that the MEC has a clear conflict of interest – both as the respondent in litigation by Mene, as well as the person who concurred with his appointment in Makana,” Nhanha said.

“There was a trade-off. The MEC should not have considered the concurrence because he is conflicted.”

We have come to the conclusion that the MEC has a clear conflict of interest.

Grocott’s Mail reported on Friday 27 July that a full week after the Council agreed on Mene among the three candidates shortlisted for the Municipal Manager post, Xasa had still not received statutory documents from Makana submitting the appointment for his concurrence. This is a statutory requirement.

The delay was surprising because questioned hours after the 19 July decision, then acting municipal manager Ted Pillay said to Grocott’s Mail, “I can confirm that a candidate was approved by Council for municipal manager. The name must be submitted to the MEC for concurrence. We will do this by tomorrow (Friday 20 July) because we have every intention to appoint the MM quickly.”

Following the 19 July meeting, experienced councillors from both the ANC and DA expressed shock that of three candidates, Mene had scored the lowest on one of the screening processes, namely a competency matrix based on psychometric testing. Insiders suggested that senior councillors or officials may have had a hand in the delay submitting the application to Xasa. Grocott’s Mail has not confirmed this.

Meanwhile, rival top-three candidate Lonwabo Ngoqo is preparing his own legal challenge. An advocate who was municipal manager at Bitou Municipality from 2008 to 2012, he is currently studying at NMMU.

The report presented to Council for the 19 July meeting summarises the various assessment processes on the top three. Councillors were expected to approve a candidate based on this summary.

However, Ngoqo’s lawyers believe the report before Council may not have been an accurate reflection of what transpired and that Mene’s appointment could thus be irregular.

“We have written a letter questioning the appointment,” Trichardt told Grocott’s Mail on Friday 3 August. “We are considering a high court application to have Mene’s appointment set aside.”

Grocott’s Mail understands they have requested all documentation and records presented to the selection panel, including interviews and deliberations for interviews, score sheets and interview results.

Documents before Council on 19 July indicate that in interviews, Mene scored 78, Ngoqo 71 and a third candidate scored 66.

Ngoqo scored “advanced” on five competencies, and “competent” on seven.

The third candidate scored “competent” on all except change management which was “basic”.

Politicians speak about selection and deployment

DA Makana caucus leader Mlindi Nhanha believes psychometric testing should be given the most weight in selecting candidates.

“A selection panel can be manipulated,” Nhanha told Grocott’s Mail. “A competency test knows no colour, creed or gender – it can only reflect how a candidate actually performs,” he said.

“It’s a real pity the ANC has once again prioritised its internal factional battles above the requirements of Makana residents. The 2019 elections will be a litmus test and 2021 will be the final arbiter.”

Leader of the ANC caucus in Makana, Mabhuti Matyumza, didn’t respond to a request on Friday 3 August to comment on Mene’s appointment.

Grocott’s Mail asked the ANC’s Regional Secretary Scara Njadayi to respond to the DA’s claims that the ANC’s Provincial Executive Committee manipulated the selection process, and to comment on the challenges to Mene’s appointment by the DA and Ngoqo.

In a telephone interview on Saturday 4 August, Njadayi said, “I can’t comment on the challenges by the DA and the candidate because I don’t know what they’re based on.

The point of the psychometric testing is to assist the Council to know where a candidate’s possible weaknesses are and where he needs support and capacitation.

“As far as the claim of a PEC directive is concerned, the PEC does not do that. We entrust [candidate selection]to the leadership of the ANC in the municipality. The directive must come from Makana. We have been emphatic on this and on how deployments should work. We don’t want to counter a selection panel’s decision.”

Grocott’s Mail asked Njadayi to explain what role the party’s deployment committee does play in selecting candidates for posts.

“The duty of the deployment committee is to guide the process with regard to procedure i.e. to make sure the right steps are taken,” Njadayi said.

“The point of the psychometric testing is to assist the Council to know where a candidate’s possible weaknesses are and where he needs support and capacitation.”

Njadayi said it was unfortunate to reduce the qualifications of Mene, who had had more than 20 years of excellent performance in administration behind him to a single measure of competency.

“Mene has done particularly well in Blue Crane and has been a successful CEO in various municipalities,” Njadayi said. “As the ANC we trust Comrade Moppo to carry out his responsibility to turn Makana around. We also trust our councillors and stakeholders to work closely with him and assist him.

“Makana needs an administrator, not a politician,” Njadayi said. “We need someone who is task orientated.”

AN EXPERT SPEAKS ABOUT PSYCHOMETRIC TESTING:

WHO WAS ON THE SELECTION PANEL?

Mabhuti Matyumza in his capacity as Portfolio Chairperson of Technical services WHAT THE MEC SAID ABOUT THE SELECTION PROCESS

In response to questions last month about MEC Fikile Xasa’s role in the final decision about who Makana’s Municipal Manager should be, spokesperson Mamnkeli Ngam emphasised his decision whether to concur or not was based on process only. Grocott’s Mail had asked whether the MEC might be having doubts about concurring in this case.

“If all the boxes have been ticked, the MEC does not have a leg to stand on,” Ngam said.

“If all the necessary documents have been included in terms of the person’s qualifications and the vetting process, he can’t object,” Ngam told Grocott’s Mail on Monday 23 July.

“His focus is on process only. The MEC is just there to satisfy himself that the process was undertaken in a free and fair manner. He is not participating in the detailed process of selection. Makana is the employer.”