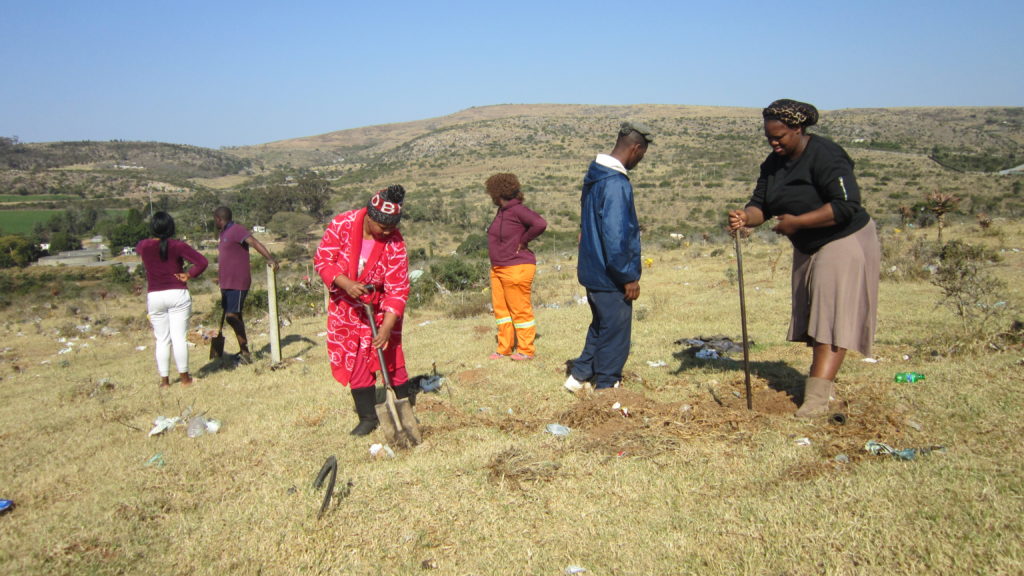 Residents dig holes for fence posts in the empty space just behind the houses in Vukani. Photo: Lindani Donyeli

Scores of Vukani residents took out measuring tools, shovels and pick axes on Tuesday 31 July, and began allocating themselves lots of land. The residents said they were sick of paying rent, with some saying they simply cannot afford to pay anymore. With the tools, men and women of range of ages started setting up structures.  Most said they were unemployed and as such cannot be expected to have rent money. A few have been living with parents and extended family, but then decided to strike out on their own.

Nomonde Tsili says she has her own children to look after, and no place to live. She said she cannot afford the R1000 rent for an RDP house in Vukani, and her family cannot up and go to Nkanini in Extension 10.