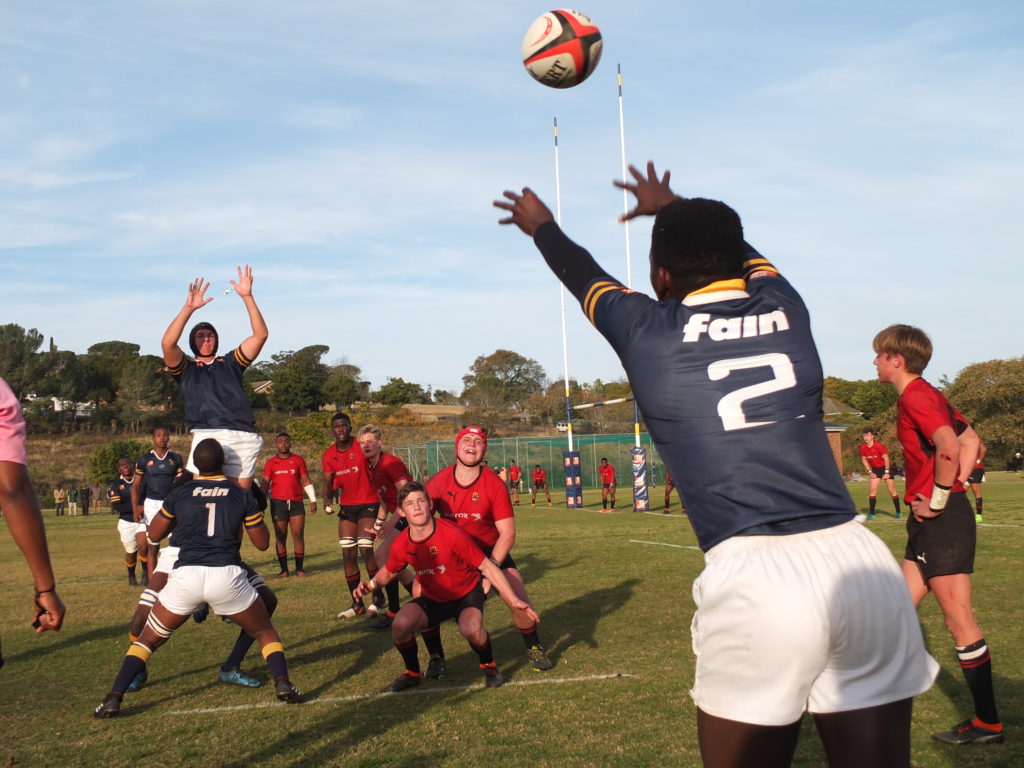 Graeme College played host to one of the biggest local derby days on Saturday 28 July, when Kingswood College travelled to Graeme’s home ground for a full day of fixtures.

The last time Kingswood College took to Graeme’s home ground, they endured a hard loss at the beginning of the season against a very good Framesby side. Graeme, who came into the game as underdogs having lost the majority of their encounters in the last few years, were set to build an atmosphere at home that would catch their opponents off guard.

The game kicked off and, after much Kingswood pressure, Abongile Klaas scored for the visitors to go ahead 5-0 early on. Graeme were firm and were able to level the scores through a try by Mark Amm. With only fifteen minutes left, Kingswood’s Jared Manus converted a penalty kick to edge Kingswood back into an 5-8 lead. After a missed penalty attempt by the hosts, Graeme gained momentum against Kingswood, who were trying to regain their focus.

Graeme surged forward, chipping away at the Kingswood defense which fell short of holding Graeme back, and the home side took the lead for the first time in the game through a converted try from David McCallum, with four minutes left in the half. in the last play of the game, Klaas managed to get the visitors back in the lead, through a converted try of his own.

Immediately after kickoff in the second half, Klaas scored his and Kingswood’s third try, which  Kingswood’s lead to 12-22. Against the run of play, Graeme turned the ball over and chipped over the Kingswood defence to score through Arnouw Nel, closing the game to 17-22.

With only fifteen minutes to go, Nel scored another try to take the hosts into the lead again. With no time left on the clock, Kingswood earned a penalty on the sideline near the 22m. Kingswood opted to kick at goal, however the roars of the Graeme crowd told the story of a missed kick. This resulted in Graeme ending off the superb derby with a 24-22 victory.

Throughout the other results, Graeme took the majority of the spoils, with the junior matches going to the hosts. Kingswood were not without their own victories on the day, however, with their Thirds team winning 7-62, while the Kingswood U15 A took home a 17-33 victory. Overall, the derby lived up to expectations.