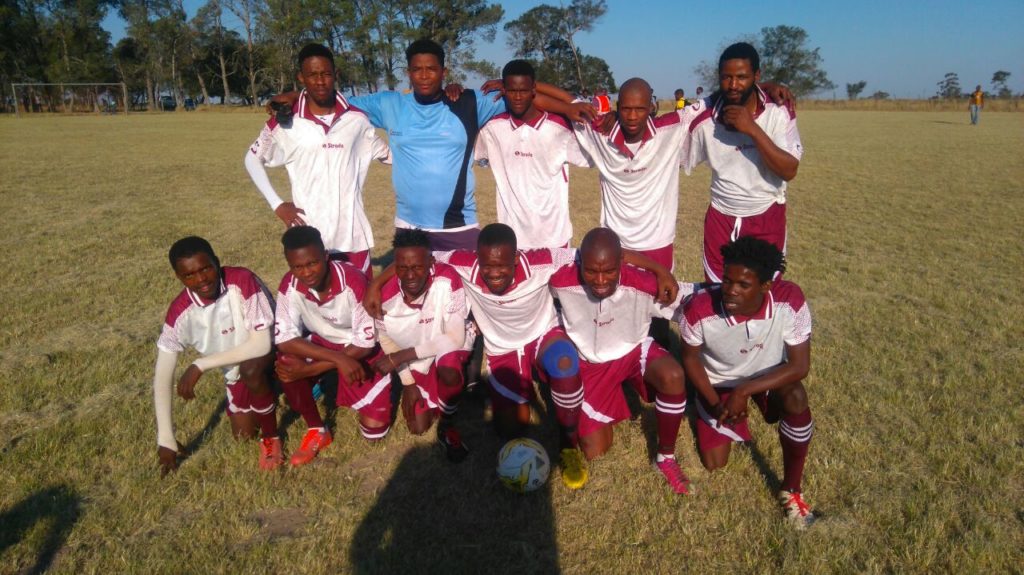 Grahamstown’s (Makhanda’s) rural teams hosted a tournament of Sport against crime over the past month. The tournament started on 16 June, as the teams  celebrated Youth Month, and have only recently come to an end.

The aim of the tournament was to fight against crime among the youth in the rural areas. Five teams participated–Eleven United FC from Broughton Farm, Young City Pros FC from Salem, Flying Stars FC from Gardeners Gate, Pumba Pirates FC from Seven Fountains and Action FC from Mosslands.

The games were played over a month, where each weekend’s matches played at different venues to help revive sport in all the areas. Played according to a points system, only four teams qualified to play the semi-finals.

The semi-finals were played during July as we were celebrating Mandela month, with Eleven United FC, Flying Stars FC, Pumba Pirates and Action FC playing for the finals. After some intense soccer action, Action FC and Eleven United FC qualified for the final, held at Seven Fountains were the tournament began.

Both Action FC and Eleven United FC were unable to get ahead, resulting in 0-0 full-time score and penalties. Action FC managed five, but United only beat the opposing goalkeeper three times giving Action FC a 5-3 win and the floating trophy.

“We are hoping to have another tournament on 24 September where we will be celebrating Heritage month,” said Bongani Tsana, a member of the Makana Municipality and one of the tournament organisers. “We would like to acknowledge Fingo Festival, Seven Fountains Black Farmers Association, Lalibela Game Reserve, the SAPS and local organisers (Mkhuseli ThumaMina Antoni, Bongani Tsana and Mr Ncapayi. Their inputs to the tournament were worthwhile.”